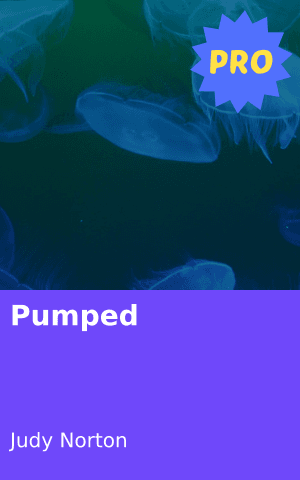 Jan locked his bedroom door and stood in his boxers in front of the mirror. He did not like what he saw. It made him miserable.

He was not tall enough. And he wasn’t filling out. Why wasn’t he growing, like all those jocks, and the other guys in his class? Even some of the girls were bigger than him. All he seemed to see in the mirror was a skinny kid, bony, puny limbs, big knobbly knees and elbows, a trunk that went from a flat pre-teen stomach straight up to a narrow chest with not a hair in sight. A rack of prominent ribs. And a long skinny neck like a plucked chicken.

He was ashamed of his body. He could not stop comparing himself with other guys in the school – well, other guys with proper men’s bodies. But he felt excited today, full of energy for his new project.

Jan had decided to be meticulous and scientific about his action plan. He set up his camera on self-timer with flash. First he took a full-body selfie, then pictures of his arm, a thigh, a calf, chest only, torso.

Next he created an album on his computer: “Body Project”. He filed the photos under a folder called “Week 1”, with the caption “Day 1: Before”, and entered the date.

Then he searched the net and cut and pasted in a diagram of a bodybuilder with muscle labels: traps, biceps, shoulders, chest, forearms, abs, quadriceps, calves. Under it he created a line graph with “Muscle circumference” in different coloured lines for each muscle up the vertical axis and “Weeks” along the horizontal axis.

Using his mother’s sewing tape measure he measured and recorded the circumference of all those key parts that he could. (The trapezoid muscles up the side of the neck and abs down his stomach were impossible of course.) Despite the low circumferences, he did not feel depressed. He felt even more determined.

Now he needed to figure out a “Beginner Workout Plan”. He Googled “routine for beginner bodybuilder” and was astounded at the pages of sites that came up. Who knew so many people were into this stuff? Good! He began scrolling.

Four hours later Jan’s head was reeling with images of guys with awesome bodies, and he had selected and adapted a do-able routine.

He had decided his “coach” was to be Mitch “The Tank” Taylor, a bodybuilding champ in the States, who had his own website. The Tank sounded well informed and sensible. For example, he stressed that a beginner should make sure he had no underlying health problems. But Jan decided to ignore that – he was never sick. Plus, this was his secret so there was no way he could ask his mom to take him to the doctor for a random check-up.

The Tank also stressed that a beginner shouldn’t over-train with weights that were too heavy. Jan felt confident that the guy was not going to turn him into one of the freaky muscle-monsters he had seen on some sites. He had laughed at their absurd muscle-popping poses and hairless, oiled bodies – women too! He wasn’t into that.

Yes, his research made him confident that it was totally possible to transform his body in, say, a year, through weight training and diet.

Jan typed in “Start-up routine”. For his warm-up and aerobic fitness he decided to take The Tank’s advice to do road running. That would also seem normal – loads of people took up running to be fit. Then he listed the weights and his beginner muscle-building routine.

He felt so inspired that even though it was past 11, he did a quick warm up by jogging on the spot and doing stretches. Then, using the family Bible and his big dictionary, he tried out a few of the exercises, loving the sound of the words as he read them off his plan: for the shoulders “side lateral dumbbell raises” and “front dumbbell raises” and for the biceps “standing barbell curls”. For the legs “squats”, “lunges” and “calf raises”; then for his abs, “sit-ups” and “leg raises”.

Whew – his arms and legs were soon burning. But ‘Burn is good!” he chanted in a whisper. At midnight he stopped, physically tired, but happy. He hadn’t felt this happy in ages, actually.

“Honey, what are those strange noises? You okay?” his mother called, trying the door handle, then rapping on the door. Guiltily he opened up, trying to think of a cover story.

“Oh um … nothing, Ma. Deon was bugging me so I locked him out … and I was doing an LO project that must be in tomorrow … Ya, um, I was using these resources,” he lied, seeing her looking in surprise first at his flushed face, then the Bible and dictionary. He felt guilty – guilty that he even felt ashamed of his body, that he was secretly beginning something his family would find strange, even unacceptable, guilty that he was lying to his mother.

But when she had left, he added another page to his file for the week: “Comments” and wrote:

Amped to have taken charge of my life. Can’t wait to really begin my programme.

Jan lay in his bed in the dark, mulling over how to overcome the two obvious, major obstacles to starting his programme. But he was soon fast asleep.

Tell us what you think: What two major obstacles will Jan have to overcome?

< previousintronext >
Login to Comment
37 Responses
He's So Insecure.😐
Elenah Masombuka · 3 months ago
....
Gugu Sikhakhane · 12 months ago
He shouldn't lie and stop being insecure
Sane_Winter · a year ago
Lying and not going for the check up
Theopopz · 2 years ago
Lying to his mom and the health check-up he skipped on
'Lano · 3 years ago
Load More
Go to Library