Why I am no longer talking to men about feminism
Mindspace — Thu, 23 January 2020

Author
Shirley Makurumidze
Publisher
FunDza Literacy Trust
Language
English
Licence
All Rights Reserved.
Length
Short
Topics
GenderMindspaceOpinion
Login to Like.
16
Why I am no longer talking to men about feminism

I recently engaged in a heated debate with a close male friend of mine. The debate, fuelled by the book We Should All Be Feminists by Chimamanda Ngozi Adichie, left us both gasping for air. It triggered an interest in digging deeper into the so-called system of patriarchy.

I chose to intensely, rather than forcefully, persuade him to read the 20-page-long book. I took it upon myself to break the mental barriers bestowed upon him in childhood.

My friend opposed the dismantlement of patriarchy. He bluntly exclaimed that patriarchy is a non-existent factor on issues relating to misogynistic behaviour. His anger, quite surprisingly, was directed towards society. He held society accountable for breeding and nurturing power-driven males who view oppressive behaviour as a tool for enhancing their manhood.

Why would he scorn oppression and in the same breath promote patriarchy? Are his mental barriers so strong that they’ve influenced his sense of reasoning? Are the benefits that patriarchy gifts to the male child so sweet that he would defend an unjust system?

He said that Adichie contradicted all that history had taught her. It took me a while to realise that his statement was cloaked in intense criticism. My immediate response to him was that just because we have been taught something as a way of life, doesn’t necessarily mean we have accept it as the only way.

The history he spoke of is the very same history that devalued women, particularly black women.
Many people argue that colonialism figuratively castrated or emasculated black men. This claim is founded on the belief that black men could have been the patriarchs they were before the transatlantic slave trade. What most people don’t know is that black men were able to keep intact some of their inherent traits during slavery. They were never forced to adopt roles then regarded as feminine. Whereas black women were labelled ‘surrogate men’ for their ability to withstand physical labour.

The slave masters aimed to strip black women of their feminine qualities and punished them in a manner similar to that of males. Rape was an oppressive and popular tool used by slave masters. In certain instances, white masters would bribe black women into sleeping with them, so that they wouldn’t be held accountable for their sexual exploitation.

Even after colonialism ended, white men were intent on preventing interracial relationships. They created an image of the black woman as a depraved prostitute and the black man as an inherent rapist. Many people have thus internalised this idea because their mannerisms resemble those of enslaved people on a white man’s farm. Black women have always been at the bottom of the food chain. Feminism could be our saving grace; the source of our emancipation.

The decision to stop talking to men about feminism doesn’t come from place of defeat. It is not bowing down before patriarchy. It is more about self-preservation. I have taken strain from constantly stroking male egos, assuring them that I am not resentful. I lost my voice a while back. I said I was a bit under the weather, but no, my voice could no longer take the strain of screaming that my feminism does not entail that I am not deserving of respect. I do not want to be treated like one of the boys. I am a lady, and I will be treated as such.

In the words of the great Thomas Sankara: “The revolution cannot triumph without the emancipation of women.”

Tell us: What does being a feminist mean to you? 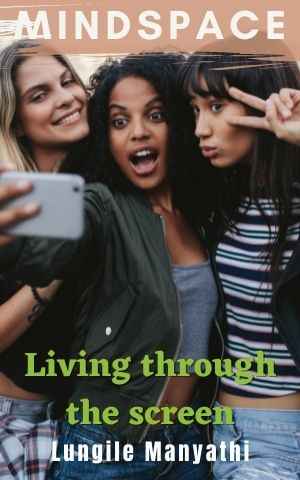 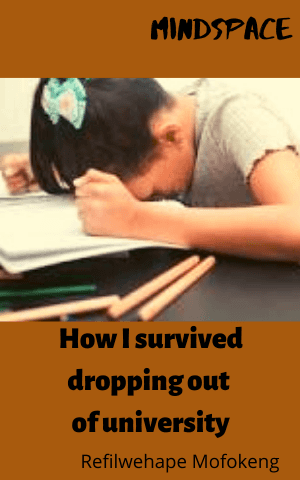 How I survived dropping out of university
Login to Comment
16 Responses
Yohh
Owami Cindi · 2 months ago
Feminism doesn't work. It has only led to a dismantled society in which same women who hoped for freedom bears the cumbersome burden of raising kids as single mothers. Patriarchy isn't a social construct, in fact we owe much success to it.
Siphesihle Mkhumbuzi · 2 months ago
Nice
Chizzy · 8 months ago
That heart breaking
millicentnothando1@gmail.com · 8 months ago
Nice 1
emabasa22 · 9 months ago
Load More
Go to Library