I saw her go 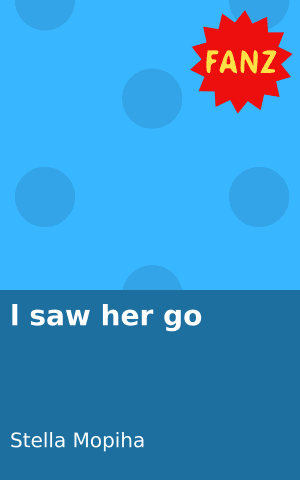 Just a week left to finish second term and Memory returned back to school. I ran like I was in a race to give her a hug, after I welcomed her, we sat under our favorite tree, but something was really wrong l have never seen Memory so worried as she was that day I tried to ask her but all she did was fake a smile.

Three weeks passed and Memory still didn’t explain anything to me, but I knew something was going on. During third term it was really hard, as we were planning for last national exams. Memory finally broke the sad news to me that her family wanted her to get married to Mr. Mwase, the famous business man in our area.

Tears flowed down her cheeks. At that moment, I didn’t know what to say or what do, instead I broke down in tears too. I felt really bad that day, as I looked at her a flood of tears would flow again and again, after school I escorted her home and talked to her mother that Memory should not get married, but she said it was none of my business, it was their family matter. I then left and I spoke to my mom and dad. They promised to help me but, Memory’s family never changed their minds.

I asked for help from the village head, he said that it was a family matter he cannot get involved. I asked my teachers, they really tried their best to convince them but they still hardened their hearts. I was feeling helpless. It was now 3 weeks until the national exams. Memory and I tried to focus but it was hard.

Tell us: What would you do if you were in Memory’s position?

< previousintronext >
Login to Comment
24 Responses
I would never, Even if I wanted to be
looking · 4 weeks ago
Run away from home..to finish my studies they can hate me if they want too but i will not get married
Mellow · 2 months ago
Run to my friend you this is bad😑😑😯
Anonymous 465 · 2 months ago
I'd run away 4rm home shame yoh😣😣😭
BoOhley3584 · 3 months ago
Run memory run
Farid · 3 months ago
Load More
Go to Library