Thabo ran home crying after being beaten by his friend Mlungisi. Their fight started when Thembinkosi, their friend, gave Mlungisi a Taxi Snuff container to use as a wheel for his wire car. Thabo also needed the container and took the one that was given to Mlungisi.

Thembinkosi told him to give back to Mlungisi because it was not meant for him, but Thabo refused.

“But what you are doing Thabo is not fair. You already have eight containers, you can’t use two containers for each wheel, use one and give Mlungisi the other, he is short of one wheel,” Thembinkosi commented.

“Give me my container or else I will crash your car!” Mlungisi said.

“Crash it and I will show you!”

As Mlungisi was counting, Thembinkosi saw that he was getting angrier. When he reached ten he put Thabo’s wire car down and started chasing him. When he caught him, Thabo still didn’t want to give the container back. Instead he just destroyed it by stepping on it, and this provoked Mlungisi even more.

“Eh hey wena sani! I am destroying your car too!”

Mlungisi ran to Thabo’s car as Thabo also ran to Mlungisi’s car. They both destroyed their wire cars by stepping on them. They then started fighting. Thembinkosi tried to stop them but the fight had escalated.

“Guys, please stop what you’re doing. Thabo, can you see what you have caused?”

Thembinkosi tried to stop them but it was too late.

Mlungisi sent an uppercut punch to Thabo and Thabo fell to the ground. His nose was bleeding, but he didn’t notice it until he put his hand on his nose and saw blood. He ran home crying to tell his mother.

His mother didn’t hesitate, she just went to the street holding Thabo’s hand.

“Show me the person who did this to you,”

Thembinkosi tried to talk to Thabo’s mother but it was too late. Mlungisi ran home after being given a hot clap.

When people tried to ask what had happened, Mlungisi’s mother was already at Thabo’s gate shouting.

“Hey wena Nondindwa! Sfebe! Who gave you permission to beat my child?”

Mlungisi’s mother replie, “Le sfebe that beat my child. Come out so I can show you!”

Thabo’s mother took off her shoes and went straight to Mlungisi’s mother. Neighbours came out to watch the action. Mlungisi’s mother positioned herself in the middle of the street and fixed something on her back. It was shaped like a knife.

“This is my child; I won’t allow is’febe to abuse my child” she shouted.

“I am talking to you, a 30-year old with five children from different fathers.”

“At least I didn’t flush my children. Acting holy like you didn’t flush them, maybe you would be having ten by now.”

She picked a brick and threw it straight at Thabo’s mother, who ducked very fast and quickly punched Mlungisi’s mother. They both punched and clapped each other while the audience watched. Some tried to stop the fight but to others it was as if they had been waiting for this fight for a very long time.

Mlungisi’s mother took a knife that she was hiding on her back and stabbed Thabo’s mother on the neck.

The one hole was enough to take the woman down and she was bleeding. The people who were trying to stop the fight called an ambulance and luckily it came on time, taking Thabo’s mother to the hospital.

The police came later and a case was opened against Mlungisi’s mother for attempted murder. When the police arrested her, she kept on saying: “I was avenging what the women did to my son, Mlungisi.”

Mlungisi’s mother loved the son born of her body. But now her actions led her to being sentenced to 10 years in prison for almost killing Thabo’s mother who stayed in hospital for six months.

Mlungisi is growing now without his mother and it’s hard for him to visit her because he doesn’t have money for transport.

Tell us: What did you learn from the story? 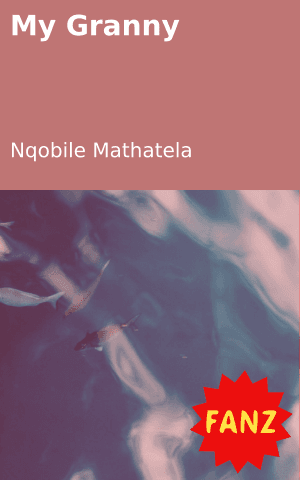 My Granny
Login to Comment
17 Responses
@Akn1 if you don't have any good critics that will help the reader,do us a favour and just don't read the story at all. That will not waste your time. The comment section is not for discouraging writers
Nombulelo Mabida · 2 months ago
Why are these wonen using such strong language, sies mann
Gemini88 · 7 months ago
The didn't have to fight but sit them boys down and talk sense in their minds
Nomelusi · 2 years ago
No no no... This is very sad. We can learn that other people are in jail for small things like kids fighting for a snuff container
ModiehiSeitshiro · 2 years ago
this is a dumb and pointless story. such a waste of time👎👎👎👎👎👎👎☹️
Akn1 · 3 years ago
Load More
Go to Library