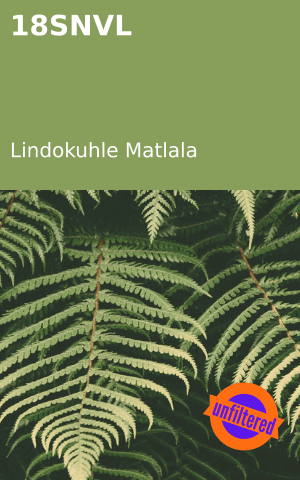 When the paramedics brought me in the ward my eyes were a flood of tears, cheeks were soaking and it’s funny because the pain wasn’t there yet the bullet wasn’t removed. The only thing which ascended was the fear. Doctors and nurses were all over me, telling it will be okay and those guys are gone now, they won’t get to me again.

“There was an altercation. These guys came with a black car, a Chevy, got out and started attacking the rapper. Who is he?” I ask Fresh as two doctors and a cop who’s scribbling on a pad turn their faces to him.

The bullet removal had been completed, multiple stitches on me to prevent further bleeding. I’m still scared, though. I keep looking at the door now and again. There’s this feeling that those two guys might come. The round faced, moustache cop looks down on me as I’m lying on a bed.

“Ms. Tlou did you happen to see the license plate number of that black car.”

“There was no license plate,” I tell him, “but I’m sure I can identify the vehicle if I see it again.”

The round-faced cop turns to Fresh. “Any idea who these men are?”

“I think maybe they were sent by Lil King.”

“Lil King. He’s also a rapper. From what I know, him and Pipe were buddies. They always collaborated on tracks together,” Fresh says.

“Go on,” says the cop, jotting down on his pad.

“They were tight homies, you see. Pipe was seeing an older woman. Dorothy, Dorothy something, I forgot her last name. Turns out she’s Lil King’s mother. I think She’s one of those 40-something-year-old woman who are more interested in dating young man because Pipe is only 22. King had a fit when he found out that the man his mother has been raving about is actually his homie, Pipe. Imagine your own friend becoming your step father.”

“Pipe’s defense was that he didn’t know that Dorothy is King’s mother. That’s how the whole beef thing started. King cut off Pipe and went on to say some nasty things about him to other niggas, even though Pipe ended things with Dorothy. “

“How do you know all of this?” The cop asks.

“Because I’m in the mix. I hang around with these niggas. Some members of their squad hang with my own and they all chill out at fun house.”

“Fun house. Where’s that?” The cop writes down in his note pad.

“My spot. Where I live. We call it fun house,” Fresh gives him the address.

Fresh looks sweaty but unharmed. Those seven gun shots I heard were all aimed at Blinx, and none of them missed. Fresh had evaded the two assailants by jumping over the wall to the next house. Since Blinx was fat…

“After hearing the shit Lil King spread about him, Pipe decided to record a diss track against King and released it same day.”

“This past Wednesday,” Fresh says after looking up to remember. “Just this morning we were filming the music video at fun house, my house. It was just the four of us: me, Pipe, Nerbs the camera dude and a close friend of mine, and Blinx.”

“Blinx? Bernard Felix, the deceased?” Asks the cop, sees Fresh nod and jots down the name.

“It was just a normal one scene video, you know,” Fresh says. “We got out the house while dancing, Pipe rapping. That’s the time I saw Lera come over with her car,” he looks at me. The doctors and the cop shuffle to the side as they make way for some people who have just got in.

It is Joyce and some school girl with a white blazer, braids all over her forehead. They are not alone. Rorisang also comes through.

“Oh, thank God,” my aunt says, her eyes run all over me, as if she’s checking for something amiss. Her eyes look like they were wet and they are so red. Was she crying?

Rorisang’s eyes also look red but I know why, I can tell from the way she smells like.

“Aren’t you supposed to be at school?” I ask her.

“Urgh, really?” She says. “Shalla sent me a text and I couldn’t focus after that.”

Obviously Shalla sent her a text. Why am I not surprised? The two spend a lot of time together lately. Honestly it frightens me because I know the type of girl Shalla is. A poison. A vampire. Her and Rorisang? It’s a definite no for me. I need to break them apart, surely Rorisang can find better people to be friends with than Shalla. People her own age, like this white blazer girl over her who has braids laying on her forehead. Who is she?

“This friendship of yours with Shalla, I really don’t like it,” I tell Rori, she has the nerve of rolling her eyes at me. She’s doing that because she knows I can’t touch her. These stitches and wound have me chained on this bed, holding me back.

“Forget about that, Lerato,” Joyce says. “Tell us what happened.”

I take a moment to digest it all. It is so daunting to talk about it, let alone think about. I doubt I’ll ever find any sleep tonight. But my aunt deserves to know, all of them do. So I clear my throat and begin to tell them what happened.