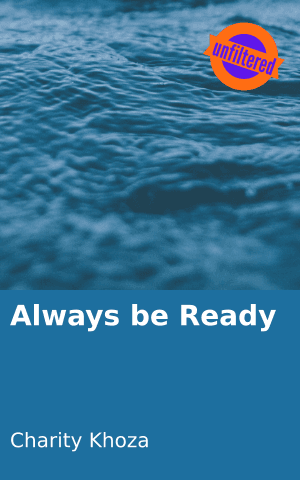 Its new year’s eve and something in the morning air makes my skin tingle. This isn’t going to be an ordinary last day of 2021. Just then after waking up I went outside my house to feel the fresh, chilly morning air. While still observing everything my skin tingles as if I’m feeling cold. I can’t be feeling cold cause it’s already sunny outside. I moved from the shadow to the sunny side of the garden to feel the warm sun as it passes through my skin to my blood making me feel warm. Just when I was still observing three kids in a bicycle passed by my house in a 170km speed. I was so scared cause they might hurt themselves.

I ran to the gate so I could shout at them and tell them to reduce the speed. The older one looked back and laughed at me. All of a sudden all of them they were on the ground crying. I asked myself what could have happened while running back to the house to get my car keys. I ran to the garage, took out the car and drove to where the kid were. When I got there they were busy crying, laying all over the place and blood everywhere. The one who looked like the youngest was unconscious. I got out of the car to get them inside of the car and take them to the hospital.

Just when I was taking the last child a woman appeared out of nowhere and started shouting that I’ve his this children with my car and now I’m kidnapping them. I didn’t mind her cause the children’s lives were more important that time. I drove to the hospital and as I got there I shouted help so the nurses could know that an emergency is coming. I carried the youngest child in my hands and approached the door. Doctors and nurses came out running with will chair and they took the child I was carrying. Luckily the doctors were there. After some few minutes the doctor came to the reception where I was waiting and asked if I’m related to this children and I answered no.

He then told me to bring the children’s parents since there are few things they need to get their consent on before doing anything further. I went out of the hospital then drove back home so I can have a shower thtn look for the children’s parents. Just when I was approaching my house I saw a mob of people standing at my gate. When I got nearer thru looked angry, started insulting when I hooted at them to move away from the gate so I can get inside and park the car. I wondered why are this people so angry with me and what could I have done to them. The only way to find out was to get out of my cat and ask them. And so I got out and a man out of nowhere came in front of me, protecting me from the mob. Kept on asking the mob to give me a chance to explain myself and finally everyone was quiet and I was standing in front of them. Before I could explain anything I asked them what is wrong and a man from the back of the mob shouted why did I hit their kids with my car then took them away /kidnapped them.

I remembered what the woman said earlier in the morning and it seems like she has spread the fake news all over town. I tried explaining to everyone and just when everyone was understanding my story another woman from the mob shouted I’m a liar and I only wanted to cover my tracks by taking those children to the hospital and again the mob believed the fake story. Now they are two times angry. I tried to calm everyone down and asked who are the parents of the children and they should come forth so we can go to the hospital and ask the children what really happened.

The children’s parents came forth and I told them to wait for me in the car, I needed to go and get something inside the house. Seconds later I was back in the car and we drove to the hospital. Strangely we find that woman who spread the fake news and seems like she’s one of the children’s aunt. She started calling me a murdere and all sort of names. Security took her outside since she’s disobedience of the hospital rules. The parents and I asked to see the children and we were given permission. When we got to the children’s ward police were already there questioning the kids. They asked the older kid what really happened. I was shocked cause the story has now changed.

This kids are now lying, saying I hit them with my car. The police arrested me for something I didn’t do. I asked myself what I could have done that the kids had to lie. I was taken to prison. When I was in prison I got a visit and it was the man who protected me from the mob. He said he knows that the children are laying and someone is behind all this. Someone wants me down and they want to make money out of me and they are taking advantage of the situation. I don’t go around making enemies so who could it be asked myself. The man said he will come back later with evidence. Already it’s 14:00 afternoon. I asked to make a phone call and I was granted permission.

I called my neighbor to check if everything was still okay at home. I was shocked to find out that the people almost burned down my house luckily police got there in time. I realized that the man was telling me the truth, someone is behind all this. While on the phone call the warden told me I have a visitor so I hang up the phone. It was the man again holding something in his hands. I went to him and just after sitting down he told me he has gotten evidence of the whole matter. He played a video in his phone. It was my neighbour CCTV camera. I forgot that one of the cameras is facing down the road where the incident happened. It showed everything that happened.

The man then went to the police and showed them the video and they all saw that the kids were lying and I was released but I didn’t go home cause who ever is plotting against me might come up with something. I went With the man to his house. When we got there he got a call from the police saying it’s true the children were threatened by a certain woman claiming to be their aunt. To get the truth the police had to threaten to arrest the children and yes they confessed. The man made few calls after to find out more about this mysterious woman. I then told him that I might know who it is. We came up with a plan. Around 9pm I went to my place and gotcha I saw a shadow behind a tree.

Someone is hiding behind there. I pretended not to see then and went inside my house. I called the cops and told them that the suspect is outside. I then after called my neighbour to check if the camera is facing my house and also called the man. After some few minutes I got a call threatening me that they will tell the cops that I’ve escaped from prison.

For me it was good news cause who ever is behind all this will now come forth. I went to take a shower while still at it, the police called me to tell me someone called to report me for escaping prison. Seems like the plan is working. They will expose themselves. Police were watching my house like hawk and I was waiting impatiently.

Already it’s 22:30 and it’s going to be midnight soon. At 22:59 Dectective Ndlovu called to tell me that the suspect is arrested but I asked myself how and why did they make it so easy. As they say this woman went to the police station and started making a scene of me not being arrested yet after reporting me for escaping not knowing that was a way for the real suspect to calm the police and cause of that two police were left and the rest went away. A part of me didn’t want to believe this, I guess I was still traumatized. I went to bed while trying to find sleep u heard noise coming from the garage. I called the cops outside but they didn’t answer, I guessed they were fast asleep. I slowly sneaked to the dining room which is close to the garage, took my sjambok behind the cardboard. I hid behind the couch. And they are inside. Them too are sneaking hoping to find me sleeping, unfortunately thru didn’t find me now they are confused whether I’m at home or not.

They spread to look for me, as I get a chance to attack them one by one using my karate skills I’ve learned 3 years ago on my visit in China. Five minutes later I was standing man to man with the real suspect, Kgaugelo Mgiba my former colleague who started hating me after he didn’t get the COO position and I did. So all this time he wanted revenge. I had to fists in front of me ready to fight and he had a gun. At that moment I couldn’t think of anything rather than fighting hard. The out of nowhere man again appeared out of nowhere but behind Kgaugelo. He attacked him from behind and took the gun. We then called the cops and they came. It was 23:30 at that time. Only 20 minutes were left for New year and I didn’t see my new year’s eve. I then asked the stranger man who has been helping me so much who he is? Turns out this man is my younger brother who was adopted when he was 3 while we were playing at the park. Mom died after she had stroke about this whole matter. Dad kicked me out cause of my carelessness. He then told me what happened in his life and how he found me.

I thanked God for being my Savior and for protecting him. 5 minutes is left for the new year so I went to my alcohol collection and took out the most expensive wine to celebrate. It’s was a long New Year’s Eve and a lot has happened with it. It wasn’t a good way to end the year but it was memorable and got to meet my little brother. Atleast this year I had someone to do the count down with and IT’S 10,9,8,7,6,5,4,3,2,1 HAPPY NEW YEAR and welcome to 2022 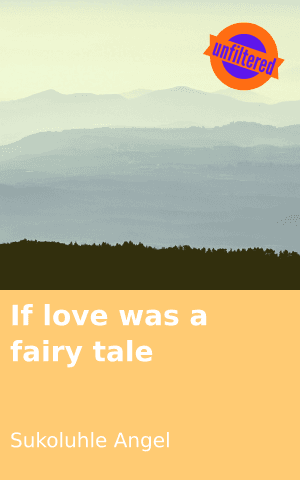 If love was a fairy tale 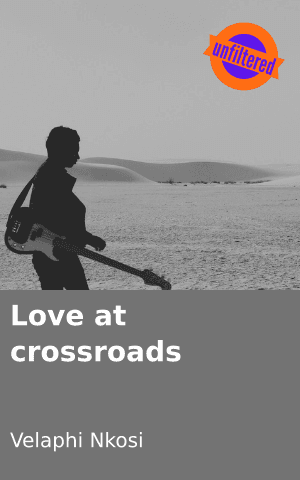 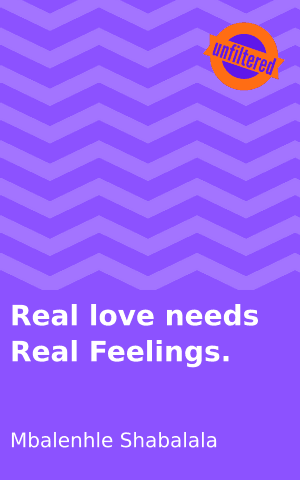 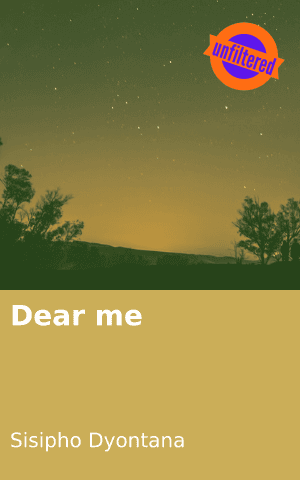 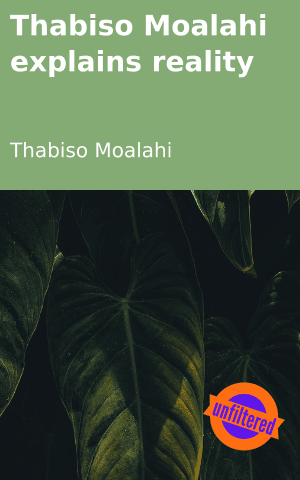