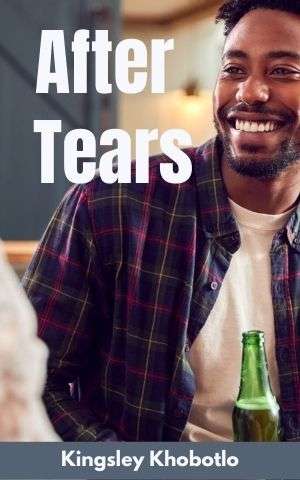 Someone selects Michael Jackson’s “Thriller” on the tavern’s jukebox.

THATO: Shshhhsh! Listen. (He gestures to the large speakers over his shoulder.)

THATO: (standing up and howling like a wolf to the night’s sky) Awoooo!

Papi stands up and starts twitching, alternating shoulders and swinging his bony hips like the walking dead from the “Thriller” music video.

THATO: You still got it, mfana! (shouting over the music) Habashwe!

PAPI: Hai! (does zombie pose, swinging from side to side to the beat) Yebo!

Thato joins in with a few pelvic thrusts of his own.

A few howls and shouts of joy come from inside the tavern.

THATO: (singing as loudly as he can) “That this is thriller, thriller night ‘cause …” (mumbles as he forgets the lyrics) “So let me hold you tight and share …” (more mumbles)

A few drunkards can’t help but joining in the fun. They stagger, dance, sway their hips from side to side, and raise a glass to the starry night.

Bra Biza is standing at the entrance watching Thato closely. He shakes his head.

Tell us: Bra Biza, the tavern owner, must see a lot of rowdy people. Why does he shake his head at Thato do you think?