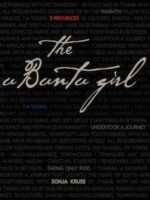 In the tea plantation-covered mountainous region outside Sibasa, old Venda country, up there in Limpopo, my path crosses that of  little Woo.

Woo and her friend are playing with their dolls. Sue points out that Woo makes all her own dolls’ clothes. She loves sewing. And she loves cooking. In fact, she loves everything to do with housework. And she adores the colour pink. Woo is also in charge of taking her own medication. She is HIV positive. When she lost her mother to AIDS some years ago, Sue adopted her. Sue is the founder and principal of the Vhutshilo Mountain School.

This remarkable ten-year-old goes around to schools in Limpopo giving talks about HIV and AIDS and facilitating workshops for children. She has been teaching children that HIV is not a death sentence since she was five years old. She encourages them to take their medication.

From Sue I learn that Vhuhwavho Nevhungoni was born on Women’s Day 1999. Her mother, a cleaner for a hotel group in Johannesburg, returned to her village in June 2002 suffering from HIV and AIDS-related diseases. She died six months later, leaving her two-year-old daughter in the care of an ageing grandmother who lived in a hovel on the outskirts of Fondwe village.

In April 2003 a nursing sister from Fondwe clinic brought little Woo to Sue’s pre-school for orphans because her granny was too old to care for her properly. Woo was unresponsive and sickly and refused to walk because she was used to being carried on granny’s back. Kwashiorkor and TB were diagnosed, she had a terrible ear infection and chronic diarrhoea. A few weeks later she was found to be HIV positive. The doctor did not think she had long to live.

Before she could be put onto antiretroviral (ARV) medication she had to complete a six-month TB regime and since granny could not cope with the strict weekly medicine schedule Woo stayed with Sue during the week and only went home to granny on weekends.

When Woo was four she could finally begin the ARV treatment. It was paid for by a sponsor from England, because at the time the South African government had not yet rolled out the drugs to local hospitals. During this period Woo spent more and more time at Sue’s and when her grandmother passed away in September 2005 Sue decided to foster her on a permanent basis.

Very soon Sue noticed how Woo would turn her foster mother’s head towards her so that she could see her mouth when she spoke, and how she frequently failed to respond when someone greeted her on the street. Sue mentioned this to the doctor, but the ARV treatment was priority at the time and so it wasn’t until five years later that Woo was taken to a specialist who found that she was severely hearing impaired due to the chronic ear infections she had suffered as a toddler.

The Church of Scotland donated funding for the first ear operation, which was a complete success. Sadly, the operation on Woo’s left ear a year later was not. Sue was devastated, but Woo remained upbeat – she still managed very well at school.

From an early age Woo learnt to measure her daily ARV syrups and knew which pills to take. To ensure that they were taken exactly when prescribed, she would take them during the morning and evening news. Local doctors were impressed with the rapid improvement in her health, and she was often called to the local AIDS clinic to talk to youngsters who were defaulting on the strict drug regime. Sue realised that Woo could motivate other children to be respons-ible, which was an essential treatment component because so many children had ageing guardians whose traditional views made them eye the modern drugs with suspicion and fear the social stigma associated with the disease.

Compassionate and kind, Woo never forgets where she came from and is thankful for all she has. She is full of vitality and determined to make a difference. Her foster mother, Sue, considers it a blessing that she decided to take this remarkable little girl into her home.

The day I met Woo, I saw a person whose journey speaks louder than my own. She follows her heart with more vigour than anyone I have ever encountered. She has taken her adversity and turned it into opportunities. And she is doing this for more than her own benefit – she does so for others. Woo knows what it is to be connected! She is the embodiment of the uBuntu spirit.