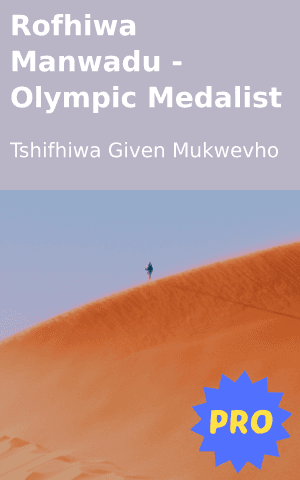 The inspiring Rofhiwa Manwadu shows us how people with disabilities are not disabled from setting dreams and realising them; they are individuals with capabilities and abilities just like any other person.

A resident of Maniini, Rofhiwa Manwadu (33) was born with cerebral palsy, a condition which affected his body and prevented him from speaking properly. At the age of five, Rofhiwa started noticing that he was different from his peers. He walked with a limp; his right leg is shorter than the left one. At that age what Rofhiwa needed was emotional support, and he had a strong mother who stood by his side all the time.

“My mom told me not to worry about what other children said about me. She taught me to love myself and never to see myself as a handicapped human being. She was a good mother to me and my three siblings. She left me a spirit of persistence, self-respect and hard-work.”

At the age of six Rofhiwa started attending Fhulufhelo Special School. What was memorable about the school was that he came to discover his talent as a long-distance runner there. Caretakers and teachers encouraged him all the way to his victories. He won local, provincial and national prizes as a runner.

Rofhiwa recalled that they wore unique track suits at Fhulufhelo Special School and, when he came home for holidays wearing those dark green track suits, other children his age ran away and dashed into the nearby bushes.

“They were hysterically shouting ‘Mpengo khoyo! (Here comes a mad one!) They all looked horrified. They associated the Fhulufhelo uniform and badge with mental dementia.”

“I realised that I was really different from other kids. And it pained me how other kids responded to my being ‘different’. But I found solace and comfort in the warm arms of my mother. Today, I don’t look back with regret or worry about the kind of abuse which was heaped on me; I am only concerned about other young disabled persons who might have to go through the kind of pain I had to go through.”

“When I was only 17 I qualified to participate in the Special Olympic Games in Germany, where I brought home a bronze medal. From this first international trip and achievement I have never looked back. I have so far collected over 60 medals, both silver and gold, certificates and many trophies.”

This multi-award winning Special Olympics long-distance runner has achieved what many people only read in print media, or what they only see on television programmes. So far he has travelled to many African and European countries where he successfully participated in Special Olympics. He has competed in Namibia, the United States of America, Sweden, China, Mozambique, Nigeria, Greece, Zimbabwe, Italy, Germany and Thailand.

“Sadly, my mom passed on in 2008 at the peak of my career, leaving me and my two younger brothers and a younger sister.”

Her passing away affected Rofhiwa and his performance. It was also the beginning of a trial which would see him suffer hypertension as a result of frustration and mistrust when the man whom he had known as his father all those years turned against him and started to abuse him.

“He started taking all my money from my social grant. When I refused to give him the money, he would shout at me and tell me to get out of his house. But that was not his house. The house belonged to my mother. Then he gathered all my trophies, certificates and memorabilia from my travelling and victories as an athlete – and set everything on fire. He did that as a way of chasing me out of home.”

Frustrated, Rofhiwa had to ask around if the man whom he had all along considered his father was really his father. Reliable sources told him that, when the ‘dad’ met his mother, Rofhiwa was just a baby.

“I couldn’t believe my ears – people were speaking also in the streets and it became apparent that he was not my biological father. But even though he was not my real father, I don’t think there was a reason to subject me to his abuse. I was still his ‘child’ because he was my mom’s husband.”

Although all his clothes and trophies were reduced to ashes by the fire, Rofhiwa did not move out of home. And that was when the stepfather found a lover who came in to live with them.

“One morning I was shocked when police entered our house and showed me a warrant of arrest. I was informed that I had raped my small stepsister. So I was arrested. My stepfather and stepmother had finally framed me with rape.”

However, the court realised that the stepfather was just waging a war to remove Rofhiwa from his mother’s house.

“I picked up my life from the shatters which were scattered on the floor and pieced it together – and continued with life. I continued to work harder as an ambassador for disabled people in sports.”

Rofhiwa organised the first Vhembe Special Olympic Tournament at the end of 2008 and the event was a success. He managed to secure financial and logistical assistance from local business people and some governmental bodies, who all supported his project.

Today, Vhembe Special Olympic Tournament has become an annual project that people look forward to participating in each year.

“I am happy when people report back to me that the items which we donated to them have made life easier for them, and for those who get services from their community project offices. I also took all my three siblings through post-Grade 12 studies, since our mother had passed away, and I felt really fulfilled as a human being and social being.”

His dedication and determination led to Thulamela Municipality providing an office and equipment for him so that he could continue encouraging disabled people to engage in sport activities.

Rofhiwa calls on all South Africans to respect people living with disabilities.

“We are God’s children. Stop abusing us or else the anger of God will fall on you.”

Tell us: What lessons did you take from Rofhiwa’s story? 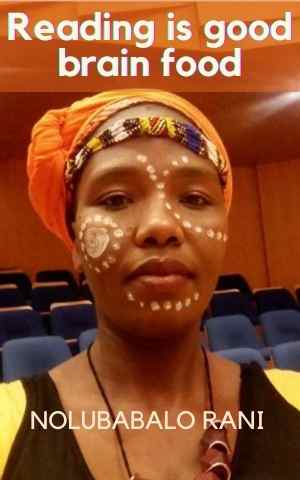 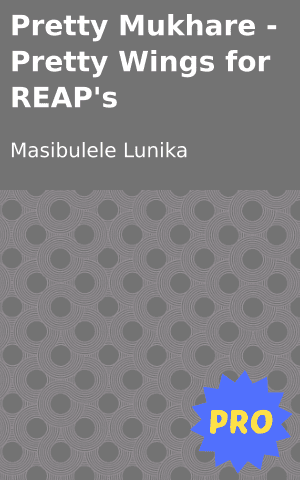 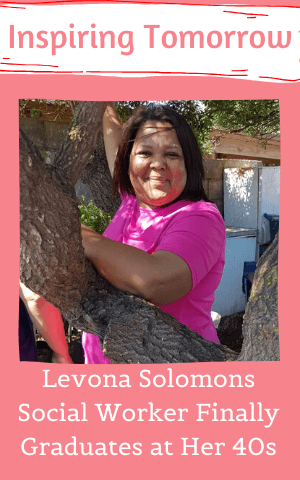 Levona Solomons – Social Worker Finally Graduates at Her 40s
Login to Comment
6 Responses
It is not easy being different from other people ,people tease you take you for granted life is very hard I feel pain for Rhofiwa but alteast he stood hard to get to where he is now.
agathamologadi@gmail.com · 2 months ago
So sad
Nomelusi · 3 months ago
there is ability in disability.
Rashid Chimkuyu · 3 years ago
Disability is not inability. We must all learn to see n treat each other like our creator,God does.we are one
Gift Kabobo · 3 years ago
Rofhiwa never gives up even when he faced a lot. I learnt to be strong and courageous from this storu,never give up. We are one God's family whether you are disabled or not . We are one and the same
saurombechireki@gmai... · 3 years ago
Load More
Go to Library