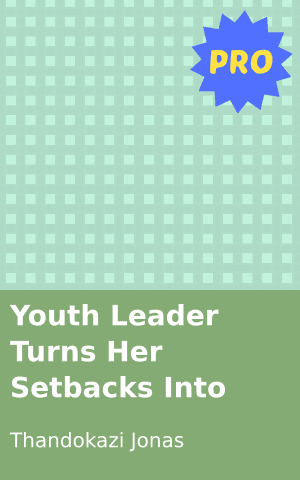 Zuzeka Beverly Goba may seem like an ordinary girl from the township of Mfuleni, but this hard-working, determined, eighteen-year-old is also an inspiration to young people who have few hopes, ambitions and dreams. She is currently doing her Matric at Mfuleni High School. Yet Zuzeka is mother to a one-year-old boy, finds time to tutor Maths to other students from her school, plus be an active member of the debating team.

Zuzeka was raised by her mother and stepfather, together with her eight other siblings. Like most children from townships, life has not been easy for her. However being the determined and intelligent young woman that she is, she never allowed setbacks to get in the way of her success.

“I consider myself as the eldest among my siblings because of the fact that I’m the first one who has made it to Grade 12, so far. In doing this, I have achieved a lot at my age. I am also the one that my sisters come to when they need advice with anything,” says Zuzeka.

At school she makes sure that she obtains the highest marks possible and has been doing very well so far, receiving academic awards in subjects like Maths and Science.

But her schooling was once under threat. At the age of fifteen, while in Grade 9, Zuzeka found out that she was pregnant.

“This really came as a shock to me and most of my peers at school. No-one expected this from me as I was always up to date with my school work. This created a platform for them to criticize and say all the negative stuff about me.”

The unplanned pregnancy affected her so badly that she considered abortion and suicide.

“I even wrote a suicidal letter to my Bishop but I couldn’t go through with it. I just realized that I can’t let negative things such as this one affect my whole life.”

So Zuzeka vowed to bounce back and take control of her life again. She decided to leave her baby under the care of her mother when he was only five days old, and went back to school.

“That took a lot of courage. It was not a very easy thing to do but I managed. During the day I’d be busy with school work and all the other things, and then later I’d go home and be a mother to my baby.”

Knowing that she was very good at Maths she then decided to volunteer to tutor those who have difficulties with it. She does this every day after school.

In 2012 Zuzeka joined her school’s new drug abuse prevention program, Y-CAP, knowing that drugs are a major problem for teenagers. As part of their programme Y-CAP volunteered to search each and every student before they entered the school premises. Their ideas on preventing drug abuse were even presented on YFM radio.

Zuzeka is also an active member of the Youth Parliament, a non-political organisation from the community of Mfuleni. The Youth Parliament pushes hard for the voice of youth to be heard and aims to teach young people appropriate ways of addressing their problems to the community leaders, for example without being violent. One of their events was inviting the spokesperson of the mayor of Mfuleni, Lwandiso Stofile, to a question and answer session. Their main aim was to break the fear young people have of speaking out to their leaders.

“We feel it’s important for young people to be able to express their concerns too, so that they don’t feel left out or feel as if they don’t have a say when it comes to their communities, and also to not allow the leaders to remain in their comfort zones.”

In 2012 Zuzeka was nominated by the Youth Parliament leader, Thembinkosi Matika, to receive a leadership award, together with eleven other students. They went to Johannesburg, where she was given an ‘Outstanding Leader’ award by the University of Stellenbosch. It was part of a competition called ‘Step Up And Lead’.

Thembinkosi and his team have established Platform Magazine, in which young people share their inspiring stories on how they overcome their problems and achieve their goals. Zuzeka will be one of the teens who will be featured in the magazine, sharing her inspiring story of success.

When asked what inspired her Zuzeka said:

“I get my inspiration from my surroundings, positive people like our leader Thembinkosi who has achieved a lot at a very young age. I think of all that he has done for young people, opening opportunities for them and recruiting them. And since I’m a Christian I also get my inspiration from God, who is my leader and provider, and also from my parents. I also consider myself as my own inspiration. Mostly I get inspiration from my Apostle D Masondo, whom I work hand-in-hand with as her PA and also as an elder of the church. She motivates me a lot with her words and background.”

A recent highlight for Zuzeka has been a result of her school’s twinning with Stroud High School from England. In 2012, the students from Stroud High visited Mfuleni High and she was chosen to host them and show them around the school. Now Mfuleni High has raised funds for her to have the opportunity to be the first student to go to visit England!

“I’m so excited about the trip, I can’t wait to go and learn new things there. I feel so honored. I hope to learn a lot. I’ll be leaving the first week of April for three weeks.”

In conclusion, here is what Zuzeka Beverly Goba says to encourage young people who feel discouraged or overwhelmed by problems in life:

“Do not underestimate your potential, because as people we can be the same but we don’t carry the same baggage. What you have, I don’t have, so understand that we need whatever it is that each other has, in order to develop the world and make it a better place. Whatever you’re facing now it’s not the end of life, because we know the things we see as mountains in our lives are what carry us to our destiny. Understand that great things come in small packages, so stop complaining and do what you are good at no matter how small it is, because in the end it will make a great change.” 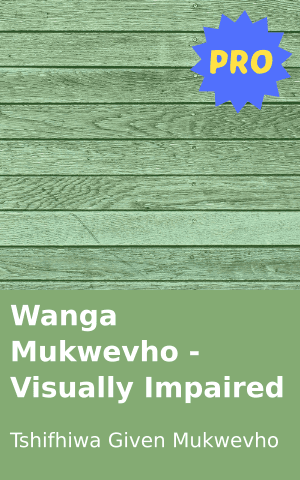 Wanga Mukwevho - Visually Impaired But Has Ear For Music
Login to Comment
17 Responses
Youth Leader turns her setbacks into success
(F)+M!ZZ(H)+PHISTICTD(F) · 5 years ago
The lessons of Kholeka (Thad)Olwethu nkosi Dnt act Lyk a sabawu towards others it's just damn stupid THE END
ktrvs · 5 years ago
University is torture?
Botshego · 5 years ago
Youth Leader turns her setbacks into success
-)8-)Buda+via+J.N.B8-)O+)+)8 · 5 years ago
I am glad that even having a baby did not discourage you, at such a young age, i admire you for the great things you are doing. thank you for being an inspiration to most of us, please, next time tell us about your baby, how was it being a mom at a young age? I'm just interested as I myself is expecting my first baby, yet I find it so hard 2 cope with it...
sethu · 6 years ago
Load More
Go to Library