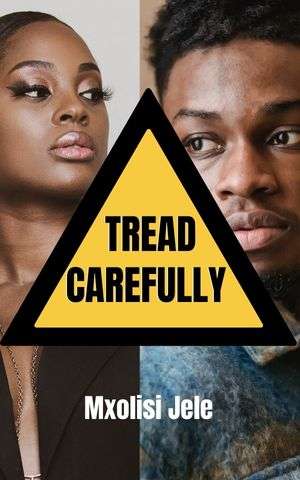 It is a few minutes past midnight as Sanele gazes into Mbali’s eyes. They are in the bedroom of Mbali’s rented townhouse after a night out in the city.

They are still gazing into each other’s eyes when a car blasts its headlights into the bedroom. Mbali jumps up and peeks through the curtain. She switches on the lights and looks at Sanele with dread all over her face.

“Oh my God! We are dead today! Why is this happening to me?” Mbali laments.

Sanele is drenched in confusion as he asks, “What’s the matter, Mbali? What’s going on? Why are you scared all of a sudden?”

Mbali doesn’t answer. She gets dressed quickly while crying. Then she looks at Sanele coldly. “Get dressed, Sanele! Are you waiting for me to tell you to get dressed? Your many questions won’t help us one bit!”

Sanele is totally at a loss about what is going on. It is rare for him to feel this way because he is the number-one know-it-all playboy in Newcastle. He has so many girlfriends that his competitors have started a rumour that he uses muti to make women fall in love with him.

The door of the car outside opens and closes. The car is parked right in front of the townhouse, a mere two steps beyond the front door. Sanele sees the fear in Mbali’s eyes and quickly realises that his body won’t be able to squirm through the burglar guards on the windows. He gets dressed quickly and stands still, totally out of plans.

“Who is outside, Mbali? I can’t believe you’ve gotten me into trouble. You told me you didn’t have a boyfriend. What the hell is this now?” Sanele whispers to Mbali.

“Don’t act holy with me when you didn’t tell me you were married. Or you think I don’t know that? Just leave me alone, Sanele,” says Mbali.

They are standing in the lounge, frightened. All the lovey-dovey words that were swirling between them just a few minutes ago have disappeared as quickly as dew on grass when the sun rises. Sanele peels the curtain just a bit. His heart jumps into his throat when he realises the car parked outside is a Toyota Quantum taxi.

Just then a key is stuck into the door from outside. They watch as the key in the lock inside moves. They gasp as the person outside knocks on the door. They both remain silent. The knocks grow fierce and impatient. Mbali and Sanele answer with silence.

“Open the door, Mbali! I know you are in there!” a baritone voice says.

Mbali slowly walks to the door. She unlocks it and takes a step back.

The room is lit brightly by the headlights of the car outside and the lights inside. Sanele can see the man who enters the room clearly. He is tall and muscular. His hands are as big as feet. Cradled in his strong arms is a case of beer. There is a whisky bottle on top of the cans and a plastic packet with T-Bone steaks, boerewors, and a few tomatoes. In between the meat and the whisky bottle there is a shiny silver handgun.

Sanele looks at the man’s face and realises that today is his last day on earth. He recognises that this man is the one and only notorious taxi owner Sihlangu. There are rumours he never hires hitmen. He revels in doing his own dirty work.

< previousintronext >
Login to Comment
30 Responses
I think they are going to talk like adults
Teboho Lebaka · in 31 minutes
Ooh God Sanele is a dead man
Bongekile Mavuso · 3 hours ago
Mmmmh,this is a mess,cheating never ends well
Nomcebo Zondi · 7 hours ago
I feel sorry for this lying cheating busted man
Zolani Mrwetyana · 2 days ago
They are both in trouble
Aquarius Malatsi · 2 days ago
Load More
Go to Library