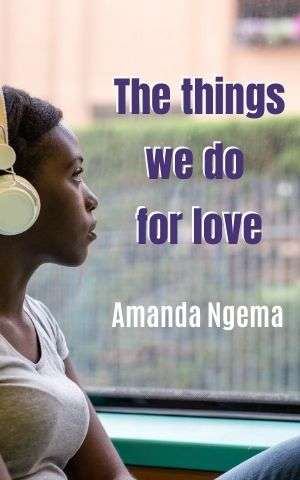 The taxi makes a stop in Montrose. Passengers get a chance to stretch their legs, go to the toilet and get some food from the fast-food stores at the garage.

Nokubonga goes to the toilet and then to the KFC. Most of the passengers are back in the taxi by the time she gets back.

“I think you are the one who copied me, in fact,” says Nokubonga jokingly.

It’s quiet, as if there is no one in the taxi, as it carries on along the N3 freeway. Everyone is concentrating on eating. Even the driver is chewing pieces of KFC hungrily.

Nokubonga thinks deeply as she eats. She is worried about her relationship with Zipho. She wants to see him and find out what has changed. She hasn’t seen him in six months. He cited a busy work schedule and didn’t even come back home in December.

She feels Sphindile’s arm giving her a slight shove. Nokubonga turns to find Sphindile’s beautiful face wearing a ready smile. “Hey, don’t think too much. Everything will be alright.”

Nokubonga smiles back and nods.

“Yes, we do. Who knows what I’ll find in Jozi. I may need a friendly voice to speak to,” says Nokubonga.

“Feel free to call me if you need to talk. I’m serious about that,” says Sphindile.

“I’m getting off at the next traffic lights. It’s been a pleasure to meet you, Nokubonga. We’ll chat on the phone. Safe journey,” she says.

The Park Station taxi rank is buzzing with people. She has never seen such a big taxi rank and this many taxis. She gets out of the taxi and looks around. She heads towards the toilets, where there are fewer people, and calls Zipho.

“Hello, Nokubonga. Where are you?”

“We just arrived at Park Station!”

“Yes; where exactly at Park Station?”

“By the toilets. There is a tuck shop selling grilled chicken feet close to where I’m standing.”

“What are you wearing?”

“A blue t-shirt and black leggings!”

Sihle taps Nokubonga’s shoulder ten minutes later. She is on Sihle’s heels as he navigates through the crowds at Park Station. They get into a taxi to Ivory Park in Tembisa.

Tembisa is a hive of activity. There are many people on the streets. Houses are close together and there are even shacks right on the pavement. Vendors line the pavement for long stretches of the main road. Smoke billows from the many braai stands selling grilled chicken feet and intestines.

They get out of the taxi. Sihle is leading the way as they get off the main road and into a section of shacks. Shacks stretch out as far as the eye can see. Nokubonga is confused because the last time she was in Jozi, Zipho was renting a back room in a better area of Tembisa. Sihle suddenly stops in front of a shack.

“Get in here. Zipho will be with you shortly,” Sihle points to the door of the shack.

He drops her bag by the door and is gone.

Tell us: What do you think Nokubonga should do?