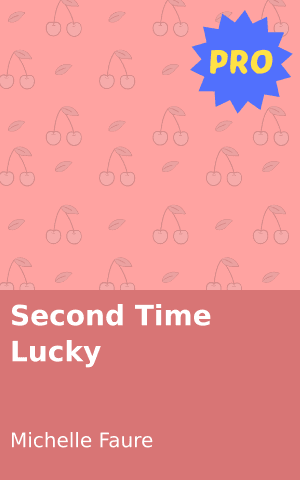 When Andisiwe next saw her aunt it was when she stumbled into the kitchen the following morning. Jacob had kept her glass full the previous night, with the most delicious wine.

“Oopsy my girl,” said Aunt Mimi, kissing Andisiwe lightly on the cheek. “You look like you could do with a little more beauty sleep, Siwe. My word, when I was your age I could go for days without sleep!”

Andisiwe’s aunt scooped up a large leather bag. “I’m going to be away for a few days. Business,” she said and turned to wink wickedly at Andisiwe. “And pleasure too. Of course.”

Andisiwe followed her aunt into the passage. She loved Mimi, and she really wanted, and needed, to have a heart-to-heart with her about men. She wanted Mimi’s advice on Jacob. But her aunt was always rushing off somewhere. Andisiwe couldn’t help feeling sad that her aunt didn’t seem to have much time for her in her busy life. She should be grateful, she knew, for the money and letting her stay in this gorgeous house. But sometimes she still felt so young, inexperienced and unsure. She was in need of guidance. Siya was great, but she wasn’t always sensible. And she couldn’t tell her mother. She would freak if she knew what her daughter was up to.

“When will you be back?” asked Andisiwe quietly. “It would be nice, you know, to really catch up.”

“Probably in a few days. Then we’ll have plenty of time for that,” said Aunt Mimi and she pinched her niece’s cheek affectionately. Then she opened the front door, paused in the doorway to blow Andisiwe a kiss, and was gone.

When Jacob phoned Andisiwe later that morning, and heard that she had been left alone, he immediately suggested that he should come around to keep her company.

“Hi gorgeous,” said Jacob when he arrived. He swooped her into his arms to hug her. Holding her close, he added: “Are you sure you’re going to be OK here all on your own? I can’t bear to think of something bad happening to you.”

“Don’t be silly,” said Andisiwe with a smile. “I’m a big girl now. I can look after myself. And besides, this place is like a prison, with all its security.”

Jacob pulled her closer and Andisiwe did not resist him. As his lips touched hers Andisiwe felt as if she was melting into him. Without a second thought Andisiwe responded warmly to his kiss. Her heart was beginning to beat rapidly in her chest as she felt Jacob’s hands moving up from her waist to the buttons of her shirt.

“That’s fine baby,” whispered Jacob, his lips moving to her ear. “We’ve got plenty of time.”

“Now listen beautiful,” he continued. “Are you sure you don’t want me to stay here while your aunt is away? On the couch,” he added, grinning, “of course.”

Andisiwe assured him that she would be fine, and he left her for a minute to go to the bathroom. While he was away Andisiwe heard his phone ringing on the hall table, where he had left it with his things.

“Jacob…” she said, picking it up and walking in the direction that Jacob had gone, but then she stopped in her tracks as she recognised the caller. It was Thabo. Andisiwe looked up to see Jacob walking towards her as the phone rang in her hand. She held the phone out towards him. “It’s Thabo,” she said faintly.

“Damn the guy!” said Jacob, taking the phone firmly from her. “When will he leave me alone? He just keeps phoning me and bugging me! He wants work. He wants money. He wants whatever he can get!”

Jacob took the phone and moved away from Andisiwe towards the kitchen. She did not follow him and he pulled the door shut behind himself.

Andisiwe moved away, not really wanting to eavesdrop. She hovered in the passage. Jacob’s voice travelled to her clearly through the door.

Inside the kitchen Andisiwe heard Jacob slam his hand down on the table top. Then he walked briskly out from the kitchen, passing Andisiwe on the way to the front door. He paused to kiss her briefly on the cheek. “Sorry gorgeous,” he said as he did so. “Got to go. I’ll be in touch. You take care now.”

She felt sorry for him as she thought how awful it must be to have someone like Thabo in your life, causing so much trouble.

Tell us what you think: What is Thabo up to? Is Siwe going to regret not allowing Jacob to stay the night?

< previousintronext >
Login to Comment
87 Responses
Yes Thabo is up to no good, he is planning to spill beans about their plan
Vonnie M · 5 months ago
No she can't regret
Robzen · a year ago
No I hope not
Nthabishy · a year ago
No, I don't think sizwe will regret that.
Truly · 2 years ago
"This is my territory now. Back off!" I'm beginning 2 think Jacob n Thabo r in the drug business⁉️
Cebzah/Nelly · 3 years ago
Load More
Go to Library