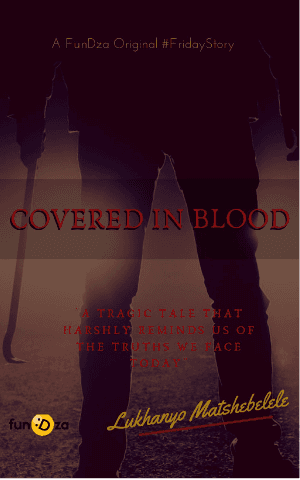 After the funeral my mother and I went back to Cape Town.

At school I could not concentrate; I was lost in thought. One day after the last period, Mr Zondwa, my English teacher, asked me to remain in class.

“I will wait for you outside, Ntini,” Thulani said – we always walked home together.

Mr Zondwa closed the door after everyone was out. He sat on his desk with his hands folded on his chest.

“Losing someone very close to you is very painful. It’s difficult to accept that you will never see your loved one again. You have to be strong, Phumlani. If not for yourself then for your mother. She needs you right now. Zanoxolo may not be with us in flesh, but he is with us in spirit. Do you think Zanoxolo would want you to be last in class because you are mourning his death?”

“Is there anything you could have done to save Zanoxolo’s life?” he asked.

“Are you responsible for your brother’s death?” Mr Zondwa asked again.

“Then stop blaming yourself. There’s nothing you could have done. It was God’s will. Just be the Phumlani your brother knew.” Mr Zondwa said, looking hard at me. “And now, you may leave.”

I went out and found Thulani waiting for me outside. We walked home together.

“Nah, nothing. He was just showing me my mistakes in the essay that we wrote last week,” I told him.

When I arrived home my mother had not returned from work yet. I went to my bed to rest before I prepared supper. While I lay there, I thought about what Mr Zondwa had said to me. I tried so hard to agree with him that I wasn’t to blame for my brother’s death, but I couldn’t. How could he say I wasn’t to blame when Zanoxolo died on his way back from watching me play cricket? Could I have done anything else to help him?

“Phumlani, Phumlani! Wake up! You knew I was coming home late, but instead of cooking you are sleeping.” My mother’s voice was shrill.

“Sorry, Mama,” I jumped off my bed and looked at the time on my cellphone.  I had been sleeping for more than an hour. When I went into the kitchen I could see the fury on my mother’s face.

“Leave that pot alone. I will cook myself. If Zanoxolo was still alive, I would not have returned to a dirty kitchen. If only he had listened to me when I told him not to go to that stupid cricket game,” she said.

I dropped the pot I was holding, and stormed out of the house.

“Phumlani! Come here, Phumlani!” she called after me, but I didn’t look back. I wiped my tears with the back of my hand as they began falling down my cheeks. I had never done anything good in my mother’s eyes; all I brought to her was shame and pain. I wasn’t a top achiever at school, and it was because of me that she lost her favourite son.

From that day, on that walk, a new Phumlani was born.

Tell us: Phumlani’s mother is talking out of sadness, not thinking about how her words will affect Phumlani.  He is depressed, and he hears what his mother says as proof that he is a failure. Can you see any way out for them?

< previousintronext >
Login to Comment
11 Responses
Eish
Baby blue · 8 months ago
Not cool
mavusana · 9 months ago
Yes the is a way out they should go for cancelling or go and speak to the pastor at church..
Teleko · 10 months ago
A way out for him is to work hard or just ignore everything his mother says out of sadness
Geliey · a year ago
Its tough Phumlani is affected emotional and his mom doesn't see she is putting more strain
Chichi83 · a year ago
Load More
Go to Library