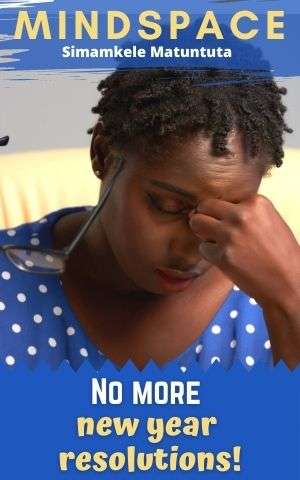 It’s that time of the year again, where we will be quizzing each other on what our new year’s resolutions are. Some of us will have these planned ahead of the conversations, and some will make up a few on the spot just to field the query.

I typically fall in the latter group because I don’t believe in new year’s resolutions. I’ve never really interrogated the reasons behind that until the moment I was planning this piece. The more I think about it, the more I conclude that I find the whole resolutions thing fleeting and unsustainable. It’s like fad diets: it comes, and everyone goes absolutely bonkers for it, and two weeks later, people are onto the next diet.

But I think my biggest qualm is the pressure it puts on people who believe in this practice. Because although no one has ever, at least not to my knowledge, said that the resolutions need to be met the next day, it’s almost implied. When I think back to pre-covid times, on New Year’s Day, people would make these public proclamations that they will eat better, exercise regularly, lose weight, gain weight, mend broken relationships or friendships, take better care of plants, create a small garden, and everything in between.

Come January 13th; people have lost their momentum; they’re now back to eating that burger or pizza they vowed to stay away from or can barely make it to the gym and what garden? And so they start feeling discouraged and disappointed in themselves.

Do you know what that does to one’s self-esteem? It knocks it a couple of levels down, like a smartphone running out of battery. This is not a good way to start the year – it sets the tone of your year rather negatively, which may make it hard to turn things around.

In my humble opinion, new year’s resolutions are not SMART:

I think it’s best to steer clear of them altogether. And, if the events of 2020 have shown me anything is that life happens. When it does, your plans will fail horribly, and you’ll feel terrible when they do. Your mental health will take a knock.

When the coronavirus pandemic hit, not a single person anticipated what would follow. We all thought it was a temporary inconvenience, but it became a lot more than that. It became an enemy that changed things as we knew them. An enemy that caused an unimaginable loss that we’re yet to recover from.

Over a year and some change later, we’re slowly warming to the idea that this is something we will have to live with for years to come. Not until we reach herd immunity, which Mayoclinic describes as something “that occurs when a large portion of a community (the herd) becomes immune to a disease, making the spread of disease from person to person unlikely.”

So, we’ve rearranged our lives to ensure that we accommodate the new normal. What I am saying in a long-winded way is that we must be open to living a life without new year’s resolutions and instead take it one day at a time. Take what life throws at us and rearrange our thoughts and behaviours to fit whatever new normal we face.

An American psychologist explained that the last thing we need to do after a challenging year is put more pressure on ourselves or set a goal that might not be realistic, especially during a global pandemic.

“It’s probably more useful to look at what’s going on in our lives — and especially given everything that has been asked of us and all of the adaptation we were doing in 2020 [and 2021]— if it’s a really good time to make a change,” she said.

And, if it is an excellent time to make a change, don’t tie that change in a new year’s resolution bow; instead, look at setting a simple goal that is not only attainable but measurable and sustainable long-term. For example, if you want to read more in 2022, start with one book a month. Eventually, you’ll progress to two or more books without pressuring yourself. It will happen on its own gradually. But you do have to pick up a book for it to happen; the book won’t read itself.

My goals look like: “I would like to buy this expensive thing maybe before March, it costs this much. Looking at my affordability and budget, if I can cut back on this or that or remove this or that in my budget, I can buy it cash in March, or I can lay-buy it from Jan-March.”

Doing that gives me room to achieve my goal without the pressure attached to it. I am still working towards the goal, but if something happens before March that disrupts my plan, I can always get that thing in April. Of course, it will suck that I don’t get it in March, but I won’t feel disappointed in myself for not meeting that “deadline”.

I understand that life happens, and I am open to rearranging things accordingly when it does. So far, I’ve had goals unfold beautifully without causing myself unnecessary pressure. You can, too, if you can be receptive to the idea that you have the potential to achieve things you desire. All you need to do is work towards them in a simple and realistic way.

Tell us: do you agree with Simamkele – that new year resolutions can actually be unhelpful? 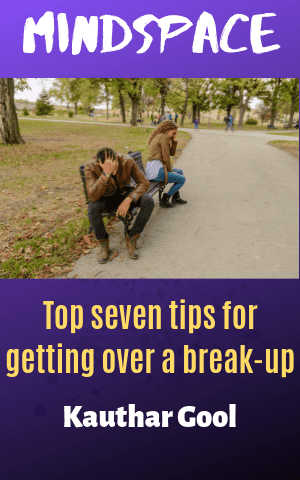 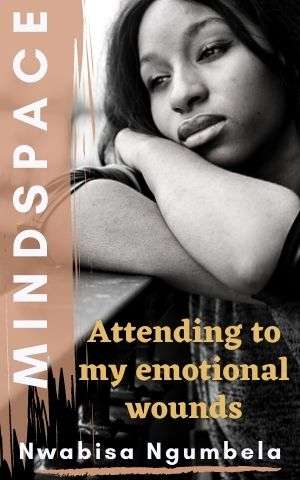 The many faces of Prejudice
Login to Comment
12 Responses
Yes I agreed it useless , stop speaking dreaming why don't stay tge year and moving on with life thinking new things in life
Badanile Peggy Mabaso · 4 days ago
They are beyond useless, stop speaking n dreaming. Why don't we end of tge year with saying what we accomplished n why we are proud of ourselves. 😎😎😎
Mutsonga Wale Jonny · a week ago
💜💜💜💜💜💜
Zinhle Madondo · 2 weeks ago
Yes
Evah Ngobeni · 2 weeks ago
Nah, because mina I planned my goals and it seems like I'm achieving them. Well some I'm looking forward to, but I'm very sure I'll definitely achieve them as time goes by
Connie Ndhlovu · 2 weeks ago
Yes,I agree because we never know what might happen tomorrow
Lerato Lephallo · 2 weeks ago
Agree to disagree they sometimes helpful and motivate u sometimes if your not dedicated you can loose ur touch along the way
Zanele Mathonsi · 2 weeks ago
No, I have major goals to achieve this year, starting with finding a job, saving money for culinary school I also want to take better care of my health, this year I plan to turn my life around starting this month🤞
Fikii Mvelase · 2 weeks ago
I agree 💯 especially if you fail to achieve those resolutions.
Ashline Williams · 2 weeks ago
Nop
Luyanda Vundla · 2 weeks ago
Load More
Go to Library