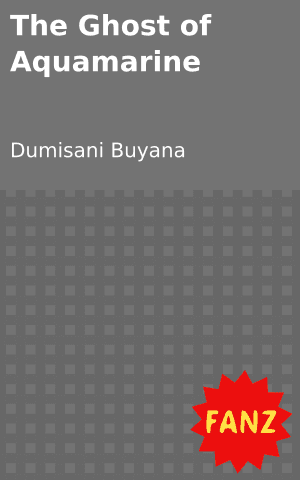 “It’s good that Jefferson likes you,” Nolwazi said, apparently assuming the subject had been dropped. “He really can be a lot of trouble when he dislikes someone. Do you know how much he’s been hassling Silindile?”

The letter was the last time Jefferson heard from the Ghost, or rather from Jefferson. He half expected to continue receiving letters like the managers did, or to start hearing the man’s voice like Nolwazi did. He really wanted to hear the voice because Nolwazi had described it as impossibly lovely, and while he had gone to the gala evenings for Nolwazi’s sake, that did not mean he did not appreciate fine dining. But, none of that happened. Instead, Dan was left feeling like the entire thing was somewhat anticlimactic.

The most that ever happened to Dan was that he would imagine Jefferson’s voice echoing more than usual, or that the shadows had odd shapes and seemed to be watching him. Which probably was, indeed, his imagination.

When nothing happened, Dan tried forgetting about Jefferson most of the time. But, with the amount of times that Nolwazi and the rest of the staff (especially that damn Isabella Sokhulu) spoke about him, it was nearly impossible for him to do so. Nolwazi, on the other hand, never mentioned Jefferson ever speaking about him, no matter how many courses or odd meetings she had described to him. At least, not for a few months. Then, one day, quite out of the blue, she asked Dan a question.

“Tell me, Daniel, are you and Jefferson very close now?” Nolwazi asked.

“That was a very short response, Daniel,” Nolwazi said, frowning. “I wish you’d give me more details than that. You cannot mean that you and him are arguing?”

“No,” Dan responded. “I don’t mean that. I mean that, since he sent me that one letter, I have not spoken to him at all. So, one could hardly call us close.”

“Well, he is an odd man,” Nolwazi said. “Perhaps he has been near you, or speaking to you in ways … that you might not understand to be him. Perhaps that is how it is.”

“I can tell you with certainty that that is not how it is,” Dan responded. “We have no contact. We have no connection. Except for you, of course. All I’ve heard of him comes from you.”

“Would it not be stranger if he took an interest in me?” Dan asked. “Despite his one letter to me, I’m a simple concierge.”

“No, I mean it’s strange because I could have sworn that he was wearing one of your shirts the other day,” Nolwazi said. “Perhaps it’s just that shirts can look so alike. But still, it seems strange. It was white, so it was a lot like any other shirt, but it had a certain wrinkle in the collar that reminded me of one of your shirts. That wrinkle in the collar you can never quite straighten out with ironing …”

“Not like that one,” Nolwazi responded. “I’ve seen it on you very often, and it always drives me half mad wanting to straighten it. His sleeves were too short too.”

“Still, I suppose it could be a coincidence,” Nolwazi added. “I only wondered if you could have lent him a shirt … but then again, I suppose that would have been an odd thing for you to do.”

“I can tell you that I have not lent him a shirt or seen him,” Dan said. “But you are right. That is most certainly strange.”

Tell us: Do you think Nolwazi knows more about Jefferson than she is letting on?