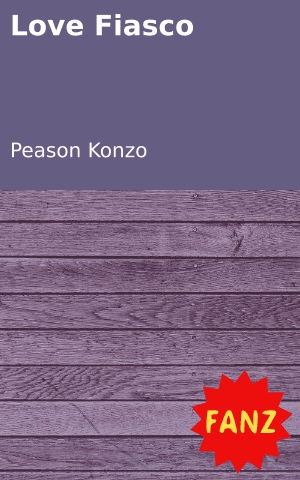 When Reuben first met Lilly at a railway station, he felt a cohesive force of love pull his heart towards her. It was love at first sight, for Lilly, after setting her eyes on Reuben, was also literally carried away. She felt an unusual wave of sensation wind all over her body. Feeling like she had met someone she was already in love with, Lilly was so nervous that she didn’t know what to do.

When Reuben threw his innocent-looking eyes at her, she turned her face away. Her heart was beating fast. She started gnawing at her finger nails and was blinking fast like some little girl caught stealing sugar. At this very moment, Reuben kept throwing his demanding glances which seemed to be piercing right to the centre of Lilly’s heart.

“She is so cute. I’ve never seen such striking beauty before,” Reuben said to himself as he paced hesitantly towards her, not sure where to start. He gave a false cough as he sat next to Lilly.

Surely Lilly was cute; she was a smacking beauty. She had long eyelids that seemed perfectly decorative to her round face. All her facial features were nice. Her complexion was a nice blend of orange and pink, which in all gave a thirst-quenching look.

For a while Reuben sat on the same bench with Lilly, speechless. He was motionless, as if numb from the freezing cold of the desert winter. He then started tapping on the bench with his fingers, trying to gather some courage. Two or three nervous exchanges of sweet words were enough.

“I think we should talk again tomorrow. Enough for today,” Lilly said as she stood up, for the train was approaching.

“But… before we… Wait. Where will we meet tomorrow?” Reuben asked shyly.

“You can have my cell number if you want,” she said.

Reuben quickly took Lilly’s number and together, the two went aboard the train. Not much was said on the journey. Lilly lived in Mkute, a small mining town about ninety-nine kilometres away. Reuben got off first and left Lilly on the train. He went home so curious to know what Lilly would say. Night fell but Reuben could hardly get some sleep. His heart was beating fast and his head reeled all night long. At dawn, he sent an SMS to Lilly:

Sooner than he expected, he got a response.

If you really mean what you say, you have me. Our faith, together with God’s grace, will keep us together.

Reuben jumped from his bed, closed his eyes and clenching his fists tightly, he said vibrantly, “Come on Ruebie! Oh Jesus Christ of Nazareth, I have won that angel.” He kissed the screen of his Samsung cell phone three times, which seemed to imply trinity of biblical context. This was his way of showing gratitude for what he referred to as the biggest blessing of his life. Really, this was a big blessing of his life. Lilly was a well behaved virgin girl who was looking forward to having a good husband with whom to make a good family. She didn’t want to rush herself into adventures.

For what seemed to be three or four weeks, Lilly and Reuben were meeting to discuss issues. Reuben was putting pressure on Lilly, to have sexual contact with her. Lilly was strong and determined to keep things right.

“Please, not a chance. No sex before marriage,” Lilly told Reuben when he wanted to make such advances. She believed in ‘waiting for the time’. Reuben was working at a fuel station, meaning he didn’t earn much. Although he was paid very little there, he got tips from some customers who came to the garage. This made Reuben’s pockets always, almost fat. Whenever he was with Lilly, Reuben wanted to show that he had some money on him. Lilly didn’t like that and each time he did so, she gave a light, temporary frown.

“Look Reuben, I am not looking for material love,” she said resentfully. “All I need is true, honest and everlasting love. You have nothing to please me with, except understanding and focused dedication,” she added looking at Reuben with a truth-seeking eye. She also reminded him of her situation, in which she was staying with her father and step mother, all because of some filthy infidelity between her mother and father.

Although he really and honestly loved Lilly, Reuben eventually ran out of patience. One day, as he was coming from work, his mind was so stolen by some elderly woman on the same bus that he went astray. The woman was wearing a tight miniskirt that over exposed her orange-coloured thighs.

That was so much mouth-watering that Reuben was completely blown away. However, he couldn’t say anything before he was sure of anything. He managed to, at least, hold back for a while. All he could do was blink blankly and lick his lips by the tip of his tongue, like a spitting cobra. He kept throwing some glances at the colourful, sex-inviting lady, as if he the only man on the bus.

When the bus stopped to drop off the lady, Reuben also jumped off, now determined to strike the iron.

“Geez, I’m not sure if that young man isn’t lost,” said an old woman as the bus pulled off. The other passengers laughed as thy looked through their windows.

“She is so luring, that young man must have fallen prey,” said another old man.

“How old are you young man?” the lady asked.

“Whoa, whoa. I can’t!” The lady said before Reuben finished expressed himself. “Look, you can’t be in love with me. I’m forty-four; four more than twice as old as you are,” said the lady sternly, or rather pretending to sound so.

Reuben felt a wave of dizziness and for a while he was dumb-stricken. He didn’t know what to do; the thought of losing this fleshy woman was unbearable.

“I really understand all that, but nothing can stand in my way. You have nothing to please me with except love,” said Rueben, whose eyes seemed to be fixed to the lady’s curved hips. “They say age doesn’t matter, what matters is love. And above all, old horses, with their experience, perform better. How about that?” Rueben continued persuasively.

“Yeah, you may be right,” the lady said as she opened the gate to her yard.

“So… what now? I will see you tomorrow then,” said Reuben, a bit scared to get inside.

“No, no. Come in, come inside,” the lady said to Reuben. “Don’t be scared of anything. This is my house, I stay with my little daughter here,” she added smiling.

Tell us what you think: How do you feel about Reuben dating an older woman? How do you think of Lilly’s decision to wait for marriage before having sex?

< previousintronext >
Login to Comment
30 Responses
Ayke reuben
Bukh Mashalaba · 2 months ago
Haw Reuben😆
Mambedzi · a year ago
There ain't nothing wrong dating an old lady as long you love and respect her
Nthabishy · a year ago
Reuben is making a mistake that might cost him his relationship
Mthiyanezinnle25@gmail.com · a year ago
Am abstaining too
Nah@Mntungwa · a year ago
Load More
Go to Library