I don't deserve to be loved 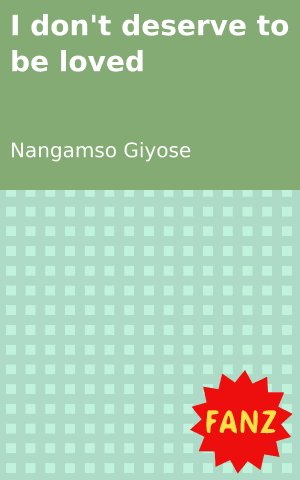 But I guess I was wrong, he was never mine from the start. We were on borrowed time, because we didn’t last over three months. But it felt like forever. I’m afraid that is just how deeply in love with him I felt. To me, there was just no turning back, this was it. He was it, he was the one, he was my life.

It wasn’t hard to spot the signs. I knew right away he was slipping away. He didn’t text or come see me for about a week, which was strange, because he used to come to see me every day. I was panicking inside but I played cool. I told myself he was busy with something important and he’ll eventually call.

When it was approaching two weeks I freaked, so I asked him. He said he wasn’t coming anymore because he was afraid he was annoying me. I assured him that there was no such thing and that I was worried because I thought I did something wrong. He said I was crazy and I liked to cause myself unnecessary heartache. So I let go.

He came to see me a few days after. That is when I guess I made my second mistake, my first being sleeping with his friend, “unknowingly”. See I told him the advice one of my friends told me; she said I should find a new boyfriend if he kept neglecting me like he did. I also said that I know the perfect person for the job, jokingly. I guess he took it serious than I thought, and I had made things worse without even knowing it.

The next day I went over to his place, and after we made love, he refused to cuddle with me. I tried to beg but he just didn’t want to, and he kept insisting that I should go home. Even though I said I’ll stay a while he would remind me every few minutes. I realised that I wasn’t wanted anymore, so I got dressed and asked him to take me home (it was dark and I lived far from his place and he also drove). He said, jokingly, that he didn’t feel like it and I should walk. I replied, also joking, saying he shouldn’t forget I’m attractive and that I could get a lift from some guy; which I guess that was my third mistake.

Because after he had dropped me home, he sent me a text saying that he didn’t trust me. That he’s been trying to distance himself from me because he doesn’t want to fall for me. He said it seemed like I wasn’t even ashamed of my past (I guess he was speaking about me sleeping with his friend, and also that I was still friends with the guy). And that he wants some space. He sent another text saying he wasn’t breaking up with me though.

< previousintronext >
Login to Comment
4 Responses
But why would you say something like that in such a time aii nawe.
Andile Jele · a year ago
Wooo a caring woman she supply all of them
Zukisan · 3 years ago
Tough
Moving+forward · 8 years ago
Ish da paragraphs hv mny sntencs,,9c stry thou luv
ff80ff(F)*L*o*l*a(*) · 8 years ago
Go to Library