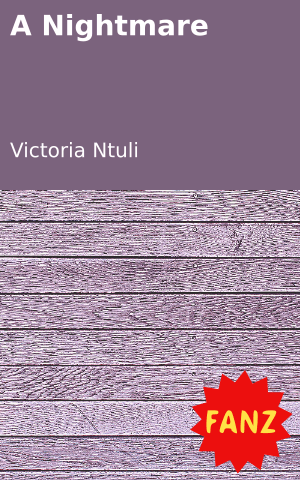 I could not believe what I saw, and at some point I thought it was just a dream. I lost it! I rushed to my friend who was cornered by the huge black men and I knew immediately something was wrong. Her nose was bleeding and Lucia was in trouble. “What’s going on here?” I asked with fear in my eyes. All she could do was cry and ask for forgiveness. No one bothered to answer me.

The one man was holding Lucia’s hand tightly, making sure she did not escape, while the other two tough guys were pointing knives at Lucia’s face. “Who the hell do you think you are? Bitches like you learn the hard way!” the one said and spat in her face.

I looked at Lucia for a second and our eyes met in fear. We both knew we had to do something or Hell would break loose. “Let’s kill this bitch!” a guy with dreadlocks shouted, sipping on his brandy. Lucia used her strength to kick the man who was holding her hand and he immediately fell to the ground; clearly he did not see it coming.

We ran as fast as we could out of the Tavern. Out of breath, I managed to ask Lucia: “What the hell was that? Are you trying to get us killed?” I asked, furious.

“Let’s get out of here!” she said running faster. Behind the yard of the Tavern was a big brick wall and she was determined to jump it. The next minute she was up on the wall. “Are you going to just stand there? Come on! We are running out of time! Those beasts are coming!” she shouted, out of breath. I followed her, seeing that I didn’t have a choice.

“Where are we going?” I asked, slowing down from running.

Home? I was deeply confused and scared. We were in a big township; we knew no one. We were village girls trying to experience a good life. All I could think about was my grandmother who believed I was in my bedroom asleep. She had no idea I was running around the streets of the township called Kagiso, scared for my life.

I turned to Lucia who was as scared as I was. I wanted answers. “Why are we here? Please, my friend, tell me why those men wanted to hurt you?”

She sighed before she could respond. “I… um… I messed up. I double-crossed those guys.” She looked down in shame. “I’m sorry for putting your life in danger. I knew it was stupid to date three guys at once. Now please friend, let’s get going! They won’t rest until they find me. Walking in this bright main street is not a good idea either, they will find us easily.”

I interrupted her: “Excuse me? You want us to go through the veld? Are you out of your mind? We could get killed easily! No-one will be there to protect us.”

She grabbed me by the hand and pushed me into the long grass. “You are hurting me!” I screamed at her.

“They are coming!” She whispered. Soon after her trembling words, a car passed by in a second, leaving nothing but dust. Without a word, we looked at each other and ran, ran as fast as our legs could. We ran for our lives. Thoughts came crashing through my lost mind, thoughts about Gogo. I needed to survive, survive for her. Who would fetch water in the river if I was no more? Who would do the laundry? Who would do all the cleaning and who would make the fire? Who? I fell down, weak, sick and scared.

“Come on girl, do you want those bastards to catch us?” she asked, slowing down.

“It’s all your fault! I should not have trusted you! You are nothing but a bitch! Now our lives are in danger because of you, because you can’t hold your horses!”

“Don’t you dare say that! I did not judge you when you decided to disappear with a stranger to his house. Please don’t act all innocent!” she said, annoyed.

I rose, dusted myself off and continued to walk. Silence, fear and anger grew between us, but what I knew was that pointing figures at each other wouldn’t help.

In the blink of an eye, we saw a car parked with lights on in the direction we were heading to. We both froze in disbelief. “It’s them!” she said taking steps backwards, her eyes filled with tears.

“Let’s apologize to them, let’s do something! We can’t run now, and we can’t run forever.” I said wiping at my tears.

Tell us what you think: Is she right to want to apologize? Do you think it will help them to escape?

< previousintronext >
Login to Comment
13 Responses
Matbe
Nthabishy · 7 months ago
Eish,i don't know
Mambedzi · 8 months ago
I don't know 🤷
Kenner · 12 months ago
No it won't work but it will work let's all hope so???!
Hsho · 12 months ago
Maybe it would.🤷‍♀️
SisQueen · a year ago
Load More
Go to Library