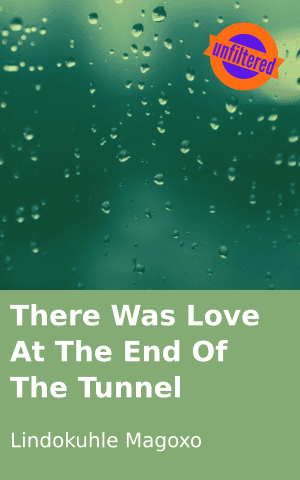 After changing into dry clothes Qhawe headed to the kitchen where his wife was now making tea. “What is this!” He lashed out as he banged the side plate which had four slices of cheese and butter sandwich on it, almost breaking it. Linda didn’t answer, she stood still looking at her enraged husband and expecting the worst.

He hadn’t laid a hand on her since he had started seeing a therapist to help him deal with his anger. That was after Linda had been hospitalised for a week and came back home with a broken arm. This was the second time she was in hospital because of her husband’s beatings. The first time she was hospitalised, she had a miscarriage.

While in hospital Linda had told her husband that she would be divorcing him and also lay assault charges with the police. He obviously begged her not to. He promised to be a better man, that he would do anything Linda asked of him. Linda then gave him an ultimatum, he could either see someone who would help him deal with his anger or sign divorce papers and go to prison. Like any man with some degree of sanity, he chose the first option. But Linda could tell from the rage in his eyes that she was about to get a good beating that day. Qhawe walked towards his wife, took the cup from her hand and smashed it on the tiled floor. “Qhawe please don’t–” he then strangled his wife as she was trying to speak.

The next thing she remembered was waking up with aches all over her body and a wound on her left cheek. As she tried to get up from the floor, she noticed her jeans were soaked in blood. She was ten weeks pregnant and this could only mean one thing, another miscarriage. She was exploding with anger. She used all the strength she could find and charged at her husband as he came out of their bedroom after changing his blood stained clothes. “You killed my baby!” She shouted.

Qhawe stared at his wife in shock. He had never seen her this furious before, he had seen her scared, he had seen her sad and depressed, but never that angry. She shoved him to the wall and he fell to the floor. Qhawe grabbed her by her right leg and she fell down. He quickly took his keys from the coffee table and ran to his car parked outside their yard. Linda got up and grabbed anything she could find and threw it at Qhawe’s car as he sped off.

Linda remembered coming back from the hospital the next morning and finding two women dressed in police uniform on her front door. They had come to tell her that her husband was found dead in his car. It was suicide, he drank poison. Instead of hurting, Linda remembered the relief she felt. It was all over, she never had to tiptoe around Qhawe again. And certainly wouldn’t have to deal with another loss of an unborn child. From that day she swore to never let any man close to her ever again. But today she was about to break that promise, and it felt good.

< previousintronext >
Login to Comment
8 Responses
Finally something makes sense to her
Nompilo Ngubane · 6 days ago
It wasn't love to be honest.
Letlhogonolo Kotsedi · 6 days ago
Break the promise
Feziwe Nzima · 6 days ago
Who'd hurt for a man like Qhawe🤷🤷🤔
Bongiwe Nkuna · 6 days ago
he ddnt love her true
Nonkululeko Simka · 7 days ago
Load More
Go to Library