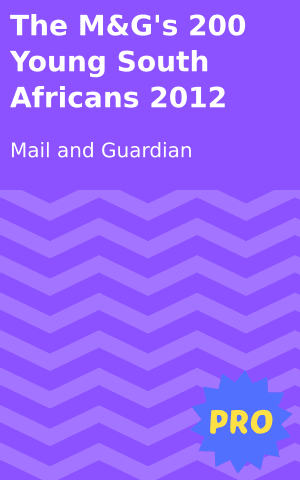 Like many products of tiny towns, Trevor Calverley has a wide-angle view of the world. The Weenen-born cinematographer got an early glimpse of Hollywood when Elalini, the short film he made with his Afda Film School classmate Tristan Holmes, won a Student Oscar in 2006.

Calverley’s subtly emotive work on Material and his 2012 Safta award for Intersexions have confirmed him as one of the most sought-after directors of photography in the country and fired him up for “Mzansiwood”. “The problem in South Africa has been how hard it is to achieve a refined look with small budgets. But the latest equipment allows us to do that, so the bar has been raised,” says the 33-year-old.

Calverley puts his success with Material down to unobtrusive camerawork and Sue Steele’s inspired production design. “It’s all about serving the story. A cinematographer should be a chameleon,” he says, “maintaining the chosen style for 90 minutes.”