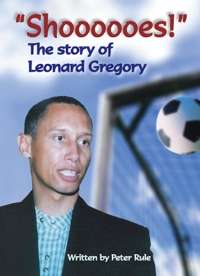 The accident had suddenly ended Leonard’s playing career in 1991 at the age of 31. After sixteen years of top-class soccer, Leonard was disabled.

He prayed, “Dear God, give me courage to face the reality that you have placed me in.” Leonard felt a new courage after he had prayed. He decided to return to soccer, in a different role.

“I won’t be able to play again,” he said to himself, “but I still have eyes and I can think. I will be a coach. I will start a new team and I’m sure I will make a success of it!”

Leonard’s many years of experience playing soccer were very useful and he found that he enjoyed coaching. He was very close to his players. More and more boys joined the team, and soon Leonard was coaching teams of younger players as well.

Young Swallows was good for the boys in Leonard’s area. It taught them soccer skills, team spirit and determination. It gave them something positive to do and kept them away from gangsterism and crime. Many of Leonard’s players have gone on to play for their province and some of them have been successful as professionals.

Although Leonard loved coaching Young Swallows, he realised that soccer was only one of the things that he had to do. As a person with a disability, Leonard felt called to work with other disabled people. < previousintronext >
Login to Comment
2 Responses
Very courageous man who never give up on his dreams and it is very couraging even us young people not to give up on our
CORNELIU SIKOMBE · 2 years ago
Hmm...brave and courageuos
..1998ff*N0m-BeE~_~LeLoWww* · 7 years ago
Go to Library