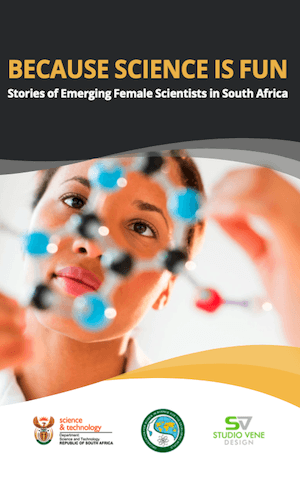 As is the case in many developing countries, South Africa strives for a knowledge-based economy and every effort is being made to increase the number of PhD graduates in science, technology, engineering and mathematics (STEM) to support this goal. Women and girls have an important role to play; hence increasing the number of female graduates is a high priority. But progressing on the path towards a PhD in STEM is not easy, and many young women get lost along the way. This loss of women is a common phenomenon in most academic systems around the world, including in South Africa, and is described as the ‘leaky pipeline’. Socio-economic factors, the masculine image of science, lack of mentoring, role models and confidence in mathematics are some of the factors contributing to this phenomenon. According to estimates by the UNESCO Institute for Statistics, women represent less than 30% of the research workforce worldwide. The underrepresentation of women in STEM translates into a loss of a critical mass of talent, thoughts and ideas, which hinders countries from reaching their maximum development potential.

Because Science is Fun is a dynamic book that presents the stories of 25 emerging South African young female scientists to inspire young girls and women in South Africa, on the continent, and around the world. It tells stories of how these young women scientists have overcome a range of obstacles to obtain their PhD degrees, embarked on successful science-based careers, and their engagements in science for society work. Their personal stories tell of overcoming financial and personal challenges; dispelling misconceptions about science; and tackling societal pressures and beliefs to follow their dreams. The vivid recollections elicit emotion and provide sound inspiration to young people, and especially girls and young women in South Africa. The stories are told in the form of a motivational talk and do not reflect biographies of the young women scientists interviewed. It encourages girls and young women to follow their education and career dreams in science.

The book was published independently and supported by the Organisation for Women in Science for the Developing World (OWSD), the DST, African Institute for Mathematical Sciences South Africa (AIMS South Africa) and the Academy of Science of South Africa (ASSAF). The text of the book is republished with permission.
Login to Comment
15 Responses
Women around the world are weak items for researching and give out the assignments
Fortune Chipoya · 3 months ago
I like to apply for my matric
BMW 24 · 3 months ago
Wow it is so interesting
Ledilleh · 4 months ago
I will like to apply for my matric
nikiwen@gmail.co.za · 5 months ago
I love physical science
Benzu · 5 months ago
Load More
Go to Library