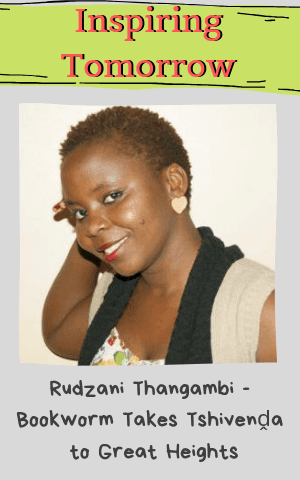 Some people argue that books have become too expensive; others say there’s very little access to reading material in indigenous languages. However, Rudzani Thangambi (26) believes that a culture of reading is only gaining momentum in the country.

Rudzani studied Environmental Science and runs a business, but in September 2014 she wrote a short story and posted it on her Facebook page, entitled Tshiṱori tsha vhutshilo hanga (The Story of My Life). She was not so sure if Facebook readers would like the story or not. She was also uncertain of the reception of the Tshivenḓa title and story by the people on social media.

“I love to read and after realising that most of the books that people are publishing today are in English then I saw a gap that needed to be filled. I felt that maybe I should take a stand and write in Tshivenḓa.”

So, her page was a first for Facebook stories written in Tshivenḓa and today it boasts over 23 000 likes. In the beginning, she was nervous, but after some time people fell in love with the page and now she has reached thousands of readers and written more stories which she has posted on the same page.

Sometimes the page’s title changes with a new story, keeping her readers abreast of what is happening on her page.

“While many youths are using social media for bad and negative stuff, I have managed to create something positive and of benefit to many youths.”

Rudzani was a very shy kid and spent most of her teenage days reading and watching movies. She read anything from newspapers to novels and magazines which her father bought. He always encouraged her to read.

“I discovered my writing talent during my teenage years but I never took it seriously then. I’d write poems at school. And I once wrote a school drama while I was in Grade 11. It was turned into a play but we never performed it anywhere and since then I forgot about writing.”

She has also published a book, Avhatakali (2015), and My Scars (2017). Although she mainly self-publishes, Rudzani makes use of experienced editors, proof-readers and quality printers.

“I have managed to become one of the people who is reviving a culture of reading for pleasure and entertainment in Tshivenḓa. And I am happy about that.”

Avhatakali is a novel about a young lady, named Avhatakali. She’s tangled between two romantic relationships. The confusion she carries regarding the two boyfriends in her life leads to a heart-breaking tragedy. In a nutshell, the book is a romantic, dramatic novel and it’s a good read!

“I must say that after writing in Tshivenḓa I got a lot of positive feedback which was more than what I expected. It was thrilling to see how people bought the book Avhatakali and how they would encourage me to write more books in Tshivenḓa.”

The challenges of managing a Facebook story page is that, when she fails to post an insert, people get really upset because they are already used to reading it every day.

“But sometimes it’s hard for me to juggle personal life, work and writing. Due to a hectic schedule on my side, I tend to skip posting an insert and some people go as far as swearing at me for that.”

Rudzani believes that she is not wasting her energy and time by writing stories which she then shares with the public at cost. She has learned that not everything is about money and making an income.

“I get pretty excited when I see the kind of people reading my stories. Teenage boys and girls, and people old enough to be my mom – all people who don’t usually read paperbacks. With my Facebook page, I have created a platform for people to exercise their reading skills seeing that we have fewer people who want to read these days.

So I don’t feel like it’s a waste for me to write because I have received massive feedback from different people whose lives I had touched through my stories. So I think that’s worth more than cash to me.”

A resident at Ha-Ramukhuba village, near Vuwani, Limpopo, Rudzani is a proud Muvenḓa and she has proven that not only in her writing but in supporting Tshivenda music as well.

Tell us: What is your all-time favourite book? 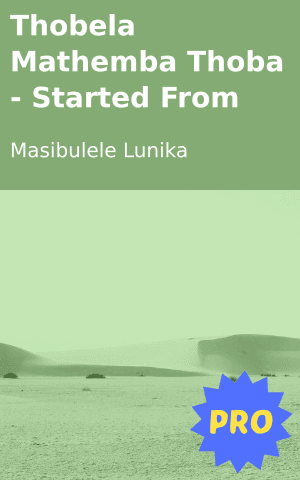 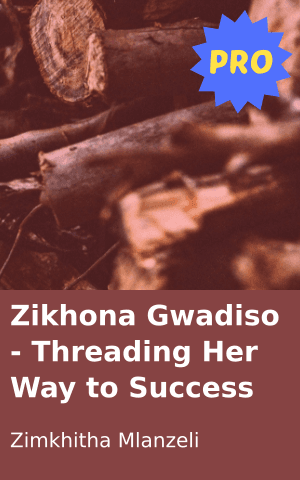