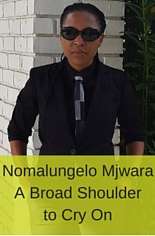 Being a Social Worker is an extremely challenging career choice: you do it out of compassion and wanting to help people, yet, as Nomalungelo Mjwara soon found out, you are dealing with high stress and traumatising events. Enormous strength of character is needed to survive in this field.

Lungi, as she is affectionately known, is thirty-one and hails from KwaZulu-Natal, but currently resides in Kenilworth in Cape Town. She’s now a clinical social worker working privately in the psychosocial field. She is also upskilling by studying towards a PhD in Social Work at the University Of Zululand (UNIZULU).

Social work has long been her passion. “I was always interested in changing the way people think by influencing their mindsets and behaviour. Growing up in the society we live in you see a lot of negative things happening around and that sparked my interest in venturing into social science.”

As a teenager she aspired to go forward with her studies but finances attempted to pull her back. “We always had clothes and food but you’d find that your parents couldn’t save for varsity fees. It’d have been really difficult cos we lived from hand to mouth. My father’s salary covered our daily expenses and my siblings helped where they could as they were already working,” says Lungi.

Fortunately, her matric results spoke volumes: bursars couldn’t ignore her request for funding to pursue her calling. “I got funding and registered at UWC in 2004. I worked extremely hard and obtained ten distinctions. My bursar was so impressed that they decided to support me until I completed my degree.”

She finished in 2007 then, fresh out of university, Lungi received rather a harsh ‘welcome’ from the outside working world.

“During my first two years in the field I’d often get sick. I had headaches and stress every day. I was always one of the youngest people everywhere I worked, and the traumatising situations I was exposed to were too much. I worked at Child Welfare removing abused children to safety institutions. People would insult us when we took their child away,” she recalls.

“I remember one incident when I was working for Child Welfare. A guy held me at gun point. We were removing his son who had special needs – after he [the father] had been abusing him. There were police around us and they intervened but at one point he threatened, ‘I’ll shoot you right in front of these police officers’.”

As if that type of situation was not bad enough to deal with, her colleagues did not support her work. “One of the biggest challenges was is that I was always the most educated, but yet the youngest, and I had to be in senior management. Mostly I had to manage older staff and sometimes I felt like they didn’t give me the respect I deserved, because of my age.”

So, while she was dedicating herself to delivering people from their misery, she found herself deep in hers. More was to come.

“I lost a sister, who was like a parent to me, in 2009, right after I had just registered for my master’s degree. I deregistered and grieved and dealt with that for a year but my psychologist helped me to get past it.”

This did not permanently discourage Lungi from pursuing her studies. “In 2010 I went to register for my master’s at UWC again. Being a full time student and working full time was a challenge that really made me excellent in time management.”

“I was now working for an organisation that trained professionals in psychosocial support for children in grief and loss. I was leading the training in the whole country when I found out my dad had passed away. After his funeral I had to do [training around] the entire Western Cape Province. I’d spend two to three weeks on the road alone. I could manage that, but my mind was still full of this grief.”

Perhaps, you – the reader – at this point might want to consider if you believe in the popular saying, ‘lightning never strikes twice in the same place.’

“When I returned home I found out my brother hadn’t been taking our father’s loss very well and he passed away as a result. That set me back a lot financially, emotionally and psychologically.”

She now had to move her studies to the University of Zululand as she was needed by her family there.

With all these setbacks and impediments bringing her down, Lungi turned strongly to one comfort and support she knew: she went down on her knees – and prayed. “We believe in God and my spirituality grounds me. Fortunately all these events were happening to a firm believer in Christ. It’s the grace of God that rescued me in most of these life-threatening situations. I managed to pull through in 2011 during my masters, and then I decided to register a private practice called ‘AmabiliWords’.”

She started her business because she felt she had, “paid her dues” to society by working out in the field as a Social Worker for government and charity organisations. Her private practice deals with EAP services, organisational and staff development, Lungi has a Cape Town CBD, Langa and Khayelitsha site, “to make our services accessible to our clients”.

“I feel that I’ve done as much as I possibly could for humanity and South Africa as a country because I dedicated all my life to helping people. I’ve rejected positions at universities because I wanted to serve in organisations. I wanted to feel I’m making a difference. The best I could do was to give my skills, but now it’s time to put myself first because I’ve been putting others first.”

“No matter how educated you are in this field you can never really make enough money to sustain yourself. The jobs are highly stressful and don’t pay much, but you’ve got to pay for your psychology costs. [We had to] have a debriefing once every two months.”

She explained the importance of this debriefing. “Psychologists help us escape what we call ‘compassion fatigue’. For example, when you go to public clinics you might find a nurse having a cup of coffee even if there’s people bleeding around her. It’s when you get exposed to something bad to an extent that you begin to see it as normal. The debriefing sessions help us remain humans with emotions and compassion.”

As a person constantly striving to improve her qualifications, Lungi doesn’t hold with people who take education for granted. “I’ve always been working and studying because I’m committed to life-long learning. Vusi Thembekwayo says, ‘Education becomes more relevant once you know what you want to do with it.’ It’s a privilege to be in university and you’re sabotaging the people who ensured that you make it into varsity when you focus on alcohol and parties.”

“I’m a specialist in the field. I listen and help people heal from the inside out. I left the sector ‘cos my sponsorship requires me to complete my PhD in 2017 which means I can’t work full time as that will jeopardise my studies. However, I want to stick to organisational development because that’s where my strength is – in training paraprofessionals and other professionals.”

As part of her self-improvement Lungi uses a business coach – who happens to be someone who’s been featured here: businessman Thembinkosi Matika.

She is full of praise for him: “He’s a very lovely person. He’s one of the most inspirational people you could ever meet. Very humble and goal driven. The more he speaks the more you want to listen to him.”

Lungi set up her practice because she believes entrepreneurship could just be the solution to the high unemployment rates.

“It’s important for young South Africans to build something for themselves. You see that the employment doors aren’t opening so maybe it’s now time to build your own door. We need to be financially independent because if you only give people the power to feed, you then are also providing them the power to starve you,” she maintains.

She reminds people that problems are bound to happen, and should be seen as opportunities to grow. “When you want to do something extraordinary in life there’ll be challenges that hinder your progress. Remind yourself about where you come from. Would my late siblings and daddy want their passing to ruin my career, or rather make me pick myself up and draw strength from it? And remember that there are people who’ve gone through worse things.”

She also advises her clients not to suffer in silence. “I voice out my dissatisfaction when it’s necessary, and in the same manner I compliment when something’s beautiful. It’s important to find your voice and stand for what you believe in. There’s a saying that says, ‘If you don’t stand for something, you’ll fall for anything. You teach people how to treat you.”

“I’m not only doing it for myself if I complain about a service at a restaurant for an example. I’m being a voice to all the voiceless people out there. The more you shine the more you give other people an opportunity to shine as well. The only time one can solve any problem, is the minute they realize and accept that there is a problem,” she concludes.

Lungi credits her success to all the people that supported her thus far. “Sometimes you get so preoccupied in your life, trying to get where you want to be, and you forget there was someone who once held your hand and taught you how to write. Knowing that I’m here because of someone’s help keeps me humbled. Very few people push you to be extraordinary without expecting anything in return.” 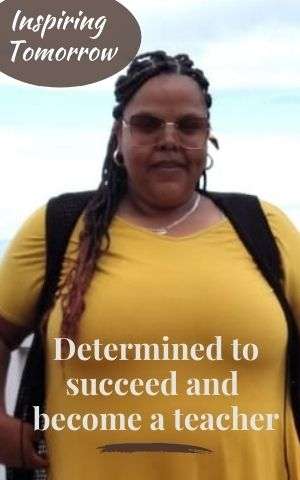 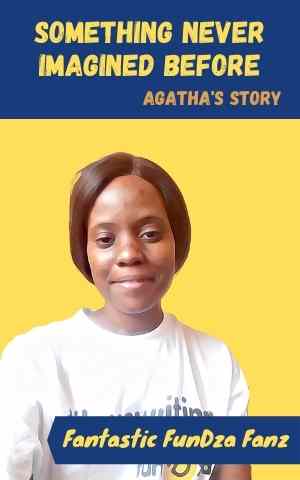 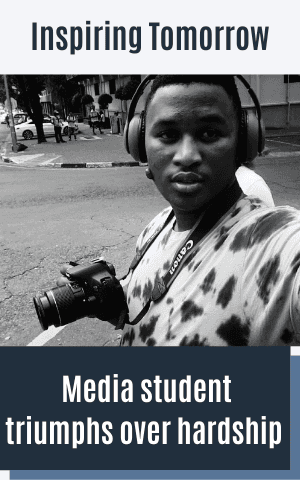 Simphiwe Mahlanyana - Getting His Hands Dirty
Login to Comment
17 Responses
There is brave people out there.
Owveee · 10 months ago
Success comes with sacrifices
Amandamaso · a year ago
Wow the works of abrave women it indeed inspiring.
Luberr · a year ago
Indeed, patience pays
Dzakani · 2 years ago
Powerful. I am inspired
L-tee Mnisi · 2 years ago
Load More
Go to Library