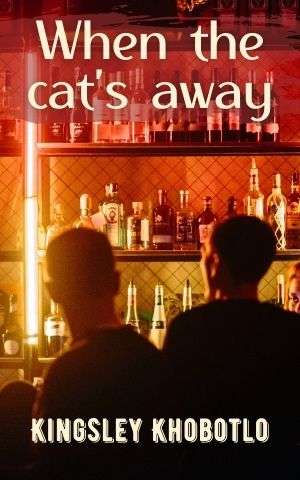 The sound of well-lubricated drunks singing without a care in the world as they stumble home is not what wakes Doris up. She is accustomed to the banter and loud midnight conversations between the inebriated. What rouses her from deep slumber is a frightening crackling sound, as if something is being consumed, and then there are concerned screams.

“Abantwana bam’!” Doris yells as she suddenly springs out of bed, grabbing her nightgown on the way out. The children are fast asleep in the next room. What is that unnerving crackling sound? And why is it suddenly so hot when it’s almost winter?

With her nerves now in overdrive, and her adrenaline pumping, she opens her kitchen door to absolute horror. Charles’s shack is a blazing inferno and people are running in all directions, buckets in hand. She grabs the half-full twenty-five-litre bucket of drinking water that she keeps in her kitchen and heads out to help, closing the door behind her.

“Mama!” her eldest shouts after her, standing in the doorway.

“Stay inside and watch your brother and sister!” she shouts. “I’ll be back now now!” she adds as she rounds the gate post.

“Where is Charles?” she shouts over all the commotion, out of breath, to a neighbour as they both jump back to avoid the wild flames. The shack behind Charles’s is at risk if they don’t act fast. By now there are nearly two dozen Phomolong residents gathered. Most of the women watch in horror as Doris and her friend Ntombi try to help bring the dancing flames under control.

“Uphi uBra Charles?” a young chap enquires as he heads for another bucket of sand or water, whichever he finds first. After what feels like hours of a living nightmare, the flames are eventually extinguished. Soot covers half of the outside of the once shiny shack.

Not long after the last of the flames have been snuffed, and a sense of relief returns, word gets back to the now dispersing crowd that Charles is not at Freedom Square. He apparently left the shebeen about two hours ago. Doris and Ntombi exchange a look of horror as they both turn to what remains of the burnt shack before them. The two women almost simultaneously grab some old rags and head to the corner of the shack which forms part of Charles’s makeshift bedroom. A man yells after them, “Get back! It’s still way too hot!”

Armed with nothing but dirty old rags, spades and a crowbar, the two women and three men manage to pry one of the hot corrugated iron sheets away from the upright wooden beam. One man manages to stumble towards the metal door and opens it from the inside, smoke pouring out.

“Bra Charles! Where are you?” someone yells.

The others know that if Charles is indeed still inside, survival is unlikely. Once most of the smoke has escaped and the heat subsides, with adrenaline still pumping through her veins and fear in her voice, Doris pleads with two of the men to go back inside and search the rubble.

As they do so, the two women look on, huddled together near the doorway with handkerchiefs covering their mouths and noses. A larger crowd has reconvened, as word spreads that Charles is nowhere to be found. Empty tin containers and what little furniture remains can be heard being moved about. One of the women hears the shorter of the two men mumble something about a sponge and calls out to the other to bring the torch closer.

“Yini?” Doris nervously yells into the open doorway as they both shuffle forward, Ntombi clutching onto her arm. Just as they manage to squeeze past the now silent men, there, slumped in a corner, they glimpse a charred body. Ntombi lets out an ear-piercing scream, hands clutching the doek on her head.

“Charles?” Doris says as she sinks to her knees in utter disbelief.

“Charles! What about your wife and children? Why Charles? Why?!” she pleads with the lifeless corpse.

As hysteria begins to consume the two women, the men carry them out of the shack.

As they emerge, hands black, faces covered in soot, Doris raises her teary eyes only to meet Phumlani’s distraught gaze. His mother’s face confirms the worst, but he just can’t bring himself to accept it. He makes a desperate run towards the ruins of the shack, but Doris lunges for him just in time. At first he tries with all his might to break free from his mother’s grip, yelling “Malume! Malume!” but Doris holds him tight against her bosom, sparing him a sight that would haunt him for the rest of his life.

With tears streaming down her face she listens, helplessly, as the boy cries like he has never cried before, gasping for air every now and then as he clings to his mother for comfort. The last thing she remembers hearing is the faint sound of sirens in the distance, too late to save anyone.

Tell us: Did this chapter surprise you?

< previousintronext >
Login to Comment
53 Responses
Eish yah too much
SIM0 · 3 days ago
It sure did
Feni · 4 days ago
Charles wasn't going to survive
Chichi83 · a week ago
Yes
Ernesto Che · a week ago
Yes it did , I never expected such havoc
Wonderland · a week ago
Load More
Go to Library