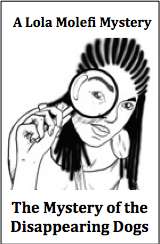 Monday morning first thing Lola reluctantly called Blossom Mmope. She asked her to come in since she, Lola, had some news on the case. Lola waited at her desk with the full report and the conclusion that she wasn’t looking forward to giving.

There was a knock on the door. “Come in,” Lola said accepting the inevitable.

“Good morning, dear. I have a small problem I need help with.”

“OK, I’m about to meet with a client. Do you think I could come by your house a bit later and we could talk about it?”

Lola could hear Blossom Mmope coming up the stairs.

“Well OK dear, you won’t forget will you? I know when you were in my class you had a very poor memory.”

Lola showed her out of the door just as Blossom arrived, but the Blossom who arrived was a different person all together. She was smiling and joyful, and tears were nowhere to be seen.

“Hello, Lola Molefi, how are you this wonderful morning?” Blossom said.

They sat down. “I told you last Saturday was our tenth wedding anniversary. Do you remember?”

“Well do you know what my wonderful husband did?”

“He took me to the city to a ballroom dancing club. The entire evening – dancing! You know when he met me I was a very good ballroom dancer. I stopped because Fani always had two left feet. But not anymore! He took lessons, just for me. He’s nearly as good as me now.”

“Lessons … dance lessons?” Lola asked. And suddenly things were starting to make sense. Suddenly everything looked quite a bit happier.

“Yes, well, what did you want to tell me?” Blossom asked.

“I … I wanted to tell you what you already know. Your husband was never cheating on you. He was taking dance lessons. The money was going for dance lessons.” Lola took out the photos and put them on the desk and slipped the report back into the drawer of her desk to be disposed of later. “See? He was meeting his dance teacher every night, Mary Oaitse. She’s a nurse at the hospital, but I understand she’s quite a famous dancer.”

Blossom looked at the photos. “Oh yes! We all knew Mary Oaitse in the Ballroom Dance Club. Of course she’s older now, but still the best dancer around. Imagine my husband spending all of that money just for me! He really is the best husband in the world.”

Lola nodded in agreement as Blossom paid her for her services. The first payment received by Lola Molefi: Private Investigator. She was now officially in business!

Blossom left and Lola fell back against her chair remembering: “That last bit of information may prove to be the most important for your case.” So had said Ronnie Ron.

Once again Lola was reminded how right her teacher was.

She rushed home for lunch and found Amo there. Lola had given the wedding dress to her in the hope that maybe science could help.

Amo took Lola to the back shed which acted as her laboratory. There the dress hung on a hanger, taking up most of the space. “Watch.”

“Oh no! Jomo is going to die when he sees that!” Lola said.

“Well, as I’m sure you know, most matter is made of space. Lots of space, sub-atomic space between the electrons and the nucleus. This spray reduces that space without changing the actual nature of the matter. It’s simple really.”

Lola looked at her little sister and thought what she often did – that simple for Amo was definitely not simple for everyone. She was a genius!

“I’m still working out the kinks. I need to find a way to calibrate the elimination of the space, a real brain teaser that one. But I think by the end of the day I should have something to show Bonang.”

“Great! You really are a lifesaver!”

Lola still had the disappearing dogs to deal with. On her way to the office she passed by Butchy’s house and to her surprise there was the truck again! He really thought he would never get caught. What a cheek!

Lola decided she would wait and confront him when he returned to the truck. She didn’t have to wait long.

“Hey Lola, what are you doing here?” Butchy asked.

“I’m here to find out why you’re stealing everybody’s dogs.”

“Stealing dogs? Are you confused? I’m not stealing dogs, my dog Lion was stolen. I told you.”

“How do you explain this truck? How could you steal people’s dogs and take them to these people and test all sorts of poisons on them? How could you?” Lola was angry now.

Butchy looked at the other man in the uniform. “Testing on dogs? I’m just a driver, but what I know is they run tests on blood and tissue and stuff from the hospital. That’s why we always get to eat lunch here at home; we have a daily run past the hospital for collections.”

“They don’t do tests on animals? On mice and rats … and dogs?” Lola asked.

“Nope,” the other man said. “I’ve been through the whole place. I was a janitor before this promotion, so I would know.”

“Oh. OK.” Lola turned to go. Once again she’d got it wrong. Maybe she wasn’t the best private investigator after all.

Butchy called after her, “What about Lion?”

When she arrived at the office, Mma Galebone was waiting. “I knew you’d forget.”

“Oh no! I’m so sorry, Mma Galebone. This day has been crazy.”

Lola followed her to her house at the end of the block. Mma Galebone opened the front door and Lola couldn’t understand at first what she was seeing. There seemed to be dogs everywhere. Barking and jumping and wagging their tails.

“What is all of this?” Lola asked.

“I told you. People are so unkind. I can’t tolerate it when people are unkind to animals. I rescued these dogs from their evil captors. People were keeping them locked up inside jails. They were locked inside fences, behind gates. And barking and barking. Oh Lola, it was breaking my heart! I liberated them!”

Lola looked around and began to recognise some of the dogs. They were the dogs in the photos all over her desk: Sprinkles and Bob and Gilbert and Zebby and even Lion. They were all here – and some others too.

“Mma Galebone, these dogs were out in their gardens, they were not in jail. These dogs have loving owners who care about them.”

“Do they, dear? But they were barking and barking. I thought they were in trouble. They sounded so upset.”

“They were probably barking at Kitty when you were passing. They were not unhappy – they were just saying hello.”

Mma Galebone thought about this for a bit. “OK, yes, that would explain a lot. So now what must I do? I’ve forgotten who they belong to. And they’ve become so many…”

“Don’t worry, we’ll sort it all out,” Lola assured her.

“Did she really find a tailor?” Bonang asked as Lola led her to the back shed.

“Well, not actually a tailor, but a solution.”

Lola opened the door and there was Amo with the dress and a yellow spray bottle. She was smiling.

“I’ve sorted out the right mixture.”

First, she sprayed the dress all over from the green bottle. The dress began to shrink and Bonang gasped. When it was just about the right size, Amo sprayed the dress with the yellow bottle and it stopped shrinking.

“That’s all fine and good, but how will we get it back to the right size for Jomo,” Bonang said.

Amo sprayed the dress with the red bottle and it grew back to its original size. “Voila! Problem solved with science yet again.”

Tell us: Were you happy that Mr Mmope was not cheating? Did you expect Mma Galebone was the one stealing the dogs? 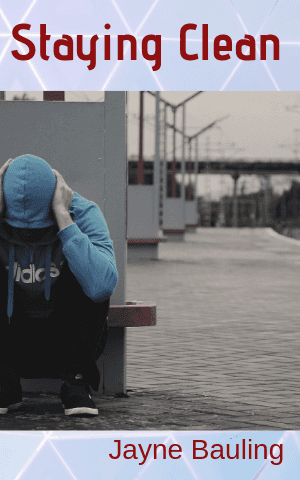 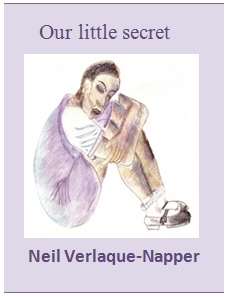 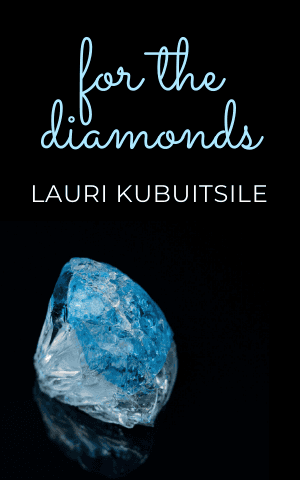 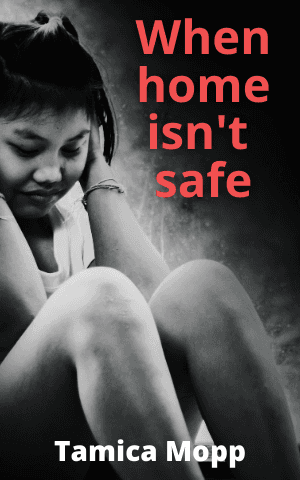 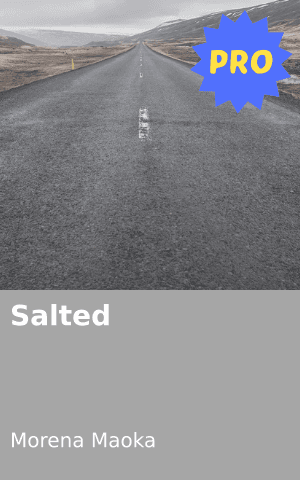 Salted
Login to Comment
52 Responses
Actually yes..wen she rambled on abt an unkind world..
Aldrina Mayer · a month ago
More stories from Lola plzz
AndiKuhle · 8 months ago
Yes, no
Zimkita Kwanini · 11 months ago
So sweet❤️ big ups to the author
Doja34 · 11 months ago
I'm happy that MR Mmope is not cheating but i didn't expect Mme Galebone to be stealing dogs. I loved it 💗💗💗
Bhungani · a year ago
Load More
Go to Library