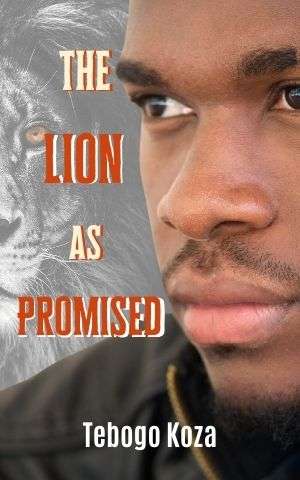 The mob buzzed outside, police tires screeched, and a ‘Yowe!’ emerged from the beating and the teargas. I hissed and heaved, wondering what could’ve happened to Nathi and Kgosi. But I decided that they were intelligent enough; they would have done something on the wavelength of what I had done, if not more.

My younger sister cautiously came down to the kitchen, which was right near the entrance of the house. She was holding a very big knife that seemed to carry her tiny right hand, instead of the other way round.

“Why, it’s you! You’ll give me a heart attack. I thought you were one of these damn hooligans,” she said frantically, holding her heart and dropping the knife.

My mother was just beside her, and she stood there equally in shock and put out, with her eyes bulging from her sockets. I slowly walked to the kitchen table and dropped the illicit groceries with a majestic air of confidence.

“What is in those plastics? Ye wena Tebuza, don’t tell me you were part of those good-for-nothing thugs?” Mother said furiously.

“Ma, it’s food, and I’m one thousand percent sure this boy doesn’t work enough to be dropping off so much of it,” my sister said. “We’re living with a thief in this house!”

“Ye wena Tebuza!” my mother cried out. “I didn’t teach you to be a thug. Lord, what’s wrong with this demon child? Take it back now!”

I felt way too alive, too cocky, way over my head, to turn the other cheek. So I finally summoned and embraced a devil-may-care attitude, after so many months of escaping daggers thrown at me when I only preached peace.

“Now you listen here! Cook this food or throw it away if you will. I don’t give a rat’s behind. I’ve had it up to here with your attacks. ‘Tebuza this, Tebuza that. Tebuza what kind of a man are you, loitering around and devoid of a plan.’ When I return with some bread and eggs, when I’ve washed some car somewhere or from some odd piece job, it’s still nothing to you. Bloody nothing! My life is a joke to you, huh? Just because you rested the hopes of the family on my science degree, for which the roads of opportunity have yet to open up for me? We’re barely floating, and I’ve just made a plan … And you, Matshidiso, have the nerve to take a swing at my morality when you’re so young and have already had a child out of wedlock! Don’t ever talk to me in that manner again!”

They were knocked down with a feather and became pale with shock. They had never heard me stand up for myself in quite that manner, since I’d forever taken the high road.

Fuming as they might have been, they didn’t give a rebuttal. My sister stormed off to her room, flailing her hands about in disgust and sheer contempt. My mother miraculously began to unpack the groceries and crept over to the kitchen cupboard to take out some pots from underneath. She was going to make a meal. The gods were finally on my side. I had won …

I felt like I could deadlift my problems. I was the man … I could give ten women ten babies just like solving a polynomial equation. So I called one of my lovers.

“Palesa. Come to Daddy later today. I heard you’ve been a naughty girl. Come I want to teach you a lesson or two that you won’t forget, baby…”

She purred and dropped the phone … And by the end of the day, she’d come over and we’d made love passionately till the next morning … I was alive.

Do you think what Tebuza said to his mother is justified in some way?

< previousintronext >
Login to Comment
11 Responses
No it wasn't he was just being brave because to her he is nothing everything he tries is not enough for her
Truspha · a year ago
Yes. You'll always be blamed as long as you don't work or have means of providing. So sometimes telling the truth will free you from the hush words that are thrown at you.
sidneympho · a year ago
Yes, He was trying to put food on the table but they didn't appreciate that instead they blame him now he became tired to be blame.
zmahlopela01@gmail.com · a year ago
Although I don't condone how he talked to his mother,I know a thing or two about being an emotional punching bag and feeling as though you can't do anything right and always catching blame;forever listening told how 'useless' you are.It's clear he'd had just about enough he could take.
@LEBOGANG · a year ago
What he said to his mom is not justified but he was rude bt it's because of the attitude they give him,and the way they treat him he had enough
Pindilemtshali · a year ago
Load More
Go to Library