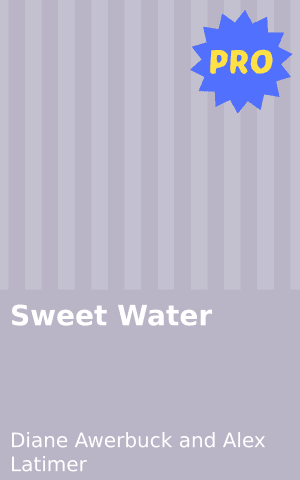 He cut off his scream, let out his breath silently. Something was coming. Shaking, David turned off his cellphone light and ducked behind the bins. The rumble grew, and then a rusted fishing bakkie reversed up Snoek Crescent. Oom Jazz had one just like that to pull his boat, the Venus II. The sea salt had eaten through the metal and chewed holes in the exhaust pipe till it spluttered and coughed like an old man. It reminded David of his oupa and the rattle of his wet lungs, those last few days in bed before he died. That bed was now David’s – his oupa’s gift after he passed on. David felt safe when he was curled up in it: the dent his oupa’s ancient body had made in the mattress held David and soothed him to sleep.

They wouldn’t be in this mess now if the old toppie hadn’t died. They wouldn’t have lost the house because David’s mother couldn’t afford the payments. And she wouldn’t have had to get married to a man who hit her when he was drinking.

Two men in hoodies got out of the bakkie. Faces was still barking his throat raw, and one aimed a kick at the dog through the fence. The men had checked scarves over their mouths and noses, for the stink. David didn’t recognise them.

One went to the back and fetched black bags and duct tape. The shorter man bent down and yanked the broom out of the creature’s body. Then they rolled it in plastic like a carpet. They duct-taped the package closed, wiping their hands on their pants legs in disgust.

They hoisted it up and staggered to the bakkie, swearing at its weight. They loaded the thing onto the tail-gate, and then they hopped into the cab of the bakkie and pulled away, the exhaust farting as they went.

David crept out, his legs tingling with cramp. The puddle was still there where the creature had been – and the broomstick. At the end of the stick there were three points, like a devil’s trident.

He backed away, keeping close to the wall, and then leaped up the fire escape.

Kendell snorted and rolled over.

David undressed. He was supposed to be studying but he wouldn’t even be able to sleep. Faces was still going: roop-roop-roop.

He lay on his back, wondering about what he had witnessed. His eyes closed.

Sleep was no relief. He felt as though he was rising out of himself, his spirit floating against the ceiling. David watched his own body and thought again how thin he was, bones in brown-paper skin. Maybe his stepfather was right: he was never going to be a man!

Then the window opened – just a crack at first. From the darkness there came a wriggling, pale arm, spotted dark with algae. It forced the window wide open.

Something big slopped into the room in a fleshy heap. It was a lumpy, glistening body with tentacles, too many to count. They were alive, snaking the body over the floor towards him!

Hovering in the air above his bed, David pleaded with his dreaming body: “Wake up!”

The thing oozed closer, sucking, muscled and wet in the pale green light of the bedside clock.

And then at last he did wake up, and his soul whooshed back inside his body.

But oh, liewe Jissis, the creature was still there. The nightmare was real!

It reached the bed, unstoppable, and squelched up the side. Before David knew it, the thing had squatted squarely on his chest, crushing his lungs until he coughed helplessly. It was pinning his arms to his sides. David was paralysed.

He tried calling out for his mother, for Kendell, for his stepdad, even. But he only gurgled: his tongue was limp as redbait in his mouth. He was going to drown in his own saliva!

The tentacles gripped his ribs in a deadly hug. David felt as if he would pass out, he was seeing bright lights behind his eyelids. The creature seemed to squeeze the memories out of David, so that he remembered something his oupa had said, while they were watching a late-night cop show, just the two of them in the old house.

“Now learn from this, Dawie. If someone ties you up,” he’d said, pointing at the screen, “what must you do? You must tighten all your muscles. Make yourself as big and strong as you can. Then when you relax them, the ropes will loosen and you can wriggle free.”

Now David inhaled lungfuls of air, expanding his chest. He tensed his biceps as the thing squeezed tighter. His legs ached.

Then, quickly as he could, he relaxed. The creature was surprised: the slippery grip loosened. David pulled one knee up to his chest and kicked with all the force of his oupa’s love and memory. One ropy tentacle fell away. David kept thrashing like a stranded fish. He unbalanced the creature and it toppled heavily off the bed, where it lay slumped on the bedroom floor.

Tell us: Have you had terrifying nightmares? Did David’s oupa give him good advice?

< previousintronext >
Login to Comment
48 Responses
Let's not do the speaking of which should be the unspeakable 😶
Kiki Inoshi · a year ago
Yes, to both questions.
Feni · a year ago
Good advice indeed.
Slie Kattz · 2 years ago
yes
Dr jones · 2 years ago
very useful advice, oupa.
boipelo · 6 years ago
Load More
Go to Library