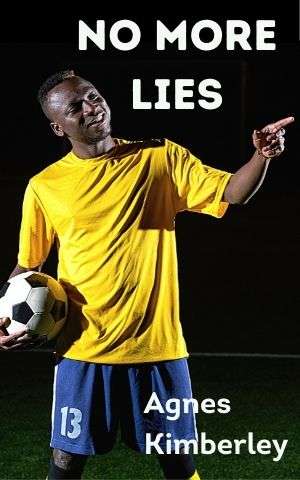 Thabo woke up on Sunday morning to the sounds of his family getting ready for church. He lay in his bed staring up at the ceiling.

Suddenly his bedroom door opened and his mother popped her head in.

“Good morning, son,” she said brightly. “It’s time to get up for church. Breakfast on the table in five minutes.”

“Oh Mom,” Thabo cried out, as if he was in real pain. “I’ve got a funny feeling in my stomach. I don’t feel well.” He pulled a face and wrapped his arms around his middle. He moaned loudly.

“Oh you poor darling,” said his mom, rushing across the room to him. She put her hand on his forehead. “You do feel a bit hot, and I don’t like the sound of your stomach pains. Do you feel like throwing up?”

“Yes Mom,” Thabo lied. “It must have been something I ate last night. I’ve had cramps in my stomach for a few hours now.”

“Well, perhaps if you just lie quietly the pain will soon ease away,” his mom said. “But I’ll get a bucket and put it by your bed. I’ll also get you a fresh glass of water.”

She hurried out of the room and returned a minute later carrying the bucket and some water. She put them on the locker next to Thabo’s bed.

“I’ve told your brother and sisters not to disturb you. Perhaps Dad could take the other children to church and I’ll stay here with you.”

“Please don’t do that Mom,” Thabo begged. “I don’t want you missing church as well. I’ll be OK on my own.”

“You really are a darling boy. Mind you stay in bed now and don’t worry about anything. Try and go back to sleep.”

“Yes Mom,” Thabo said in a small voice. He hated lying to his mother. He knew very well how one lie led to another lie. But right now he didn’t know what else to do.

Somehow that didn’t make it right.

Thabo lay still until he heard his father’s car pull out of the driveway. Then he jumped out of bed. His heart was beating very fast. He couldn’t wait to see Sindi again.

Ten minutes later he was walking down the side street behind his house. He didn’t want to walk along the main street. If anybody spotted him they would be sure to mention it to his parents. He most certainly didn’t want to have to explain why he was outside when he was supposed to be sick in his bed.

His parents would be very disappointed in him. They’d never understand that he had fallen so hard for a girl – in just one night!

They would also be very hurt that Thabo had lied to them. They’d probably never trust him again.

Thabo was so busy with his thoughts that he didn’t realize he was at the spot near the river where he had arranged to meet Sindi. He was early so he sat down on a boulder to wait.

No sooner had he sat down than he heard voices. He listened to the sounds. He was almost positive he could hear Sindi’s husky voice.

But who would she be talking to at this time of the morning?

He decided to take a look. The noise was coming from behind one of the big boulders not too far from him. Thabo had just taken a few steps when suddenly Sindi’s head appeared above the rock.

“Who are you talking to, Sindi?”

Sindi’s whole body jumped at the sound of Thabo’s voice.

“You startled me. It’s my cousin, Joe. We were talking, catching up on family news.”

Joe walked out from behind the rock. He was a powerfully built man. He had hands the size of shovels, and a big, shiny, bald head.

Thabo got a bad feeling about him straight away. He was smartly dressed in a three piece suit, even though it was a warm morning. He wore multiple long, gold chains around his neck, and some on his wrists. He looked like a gangster from a television movie.

“You better take good care of my cousin,” he said to Thabo. “If not, you’ll have me to answer to.” He laughed then: a deep, ugly laugh.

Tell us what you think: Who is Joe really?

< previousintronext >
Login to Comment
120 Responses
Sugar daddy
TheQueen · 4 weeks ago
May a abusive person that's threatening Sindi
Sanele Washington · a month ago
Sindi's boy friend
Vundlaz · a month ago
It could be anyone close to Sindi...
Mama-Kgosi · a month ago
I think is a gangster. Sindi and Joe they will kidnap Thabo
N Ndlovu · a month ago
Load More
Go to Library