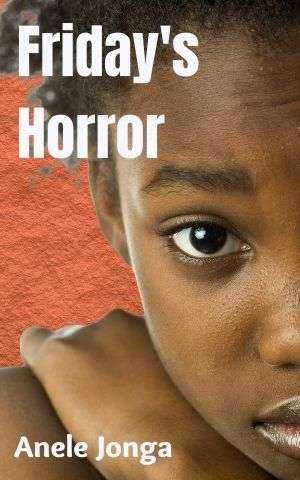 The thought of my father brought back to me the smell of alcohol, unwanted kisses on my neck and all that came after.

“I don’t have a father,” I lowered my voice.

“Simi, I want you to tell me everything that’s been happening,” Mrs Qambu replied, “I know it’s not easy, but I need you to trust me.”

The thought of him made me shiver. “I will kill you and burn this house down,” he once told me. “You’ll never see your friends again.” The memory of his cold words terrified me.

“I knew your mother; she was as beautiful as you are,” Mrs Qambu responded. “Do you think she would have liked to see what you are going through?”

I would never have imagined that the woman who gave birth to me, her only child, would abandon me at such a young age, leaving me with a man who was abusive, as she knew he was. No, she never cared about me. I thought I knew her too.

“I don’t know, but I think she knows,” I said. “Why leave me there? Why did she fall pregnant with the child of a man she never loved? She doesn’t love me.”

“I would like to believe your mother loves you,” Mrs Qambu said. “She was always here, before school and after school to fetch you until you were in Grade 3, remember?”

“Why doesn’t she fetch me now, then, from a man who sleeps with his child?” I asked, tears pouring down. “Why?”

“HE WHAT?” her voice echoed through the office.

The sound of her voice made me realise what I had just told her. I wished to take my words back, but I couldn’t.

“I’m sorry to hear about this, Simthandile,” Mrs Qambu finally said. “Why did you keep quiet about it?”

Ms Mthembu was standing at the principal’s office door. “Is everything okay here? I heard the noise,” she asked.

“Yes, everything is well,” Mrs Qambu replied. “Can you please close the door?”

“Should I come in?” she asked.

“No, please, I believe this is a private matter,” Mrs Qambu replied.

“Simthandile is one of my students, I would like to know what has been happening with her too,” Ms Mthembu demanded, “I’m the one who set up this meeting, remember?”

“I’m very grateful for that, Ms Mthembu,” Principal Qambu told her, “but this is between me and Simi now, if you don’t mind.”

Ms Thembu grumbled a reply, closing the door behind her.

“Sorry about that,” Mrs Qambu apologized. “Simi, I’m very sad to hear what you’ve been going through. I have kids at home your age and I would lose my mind if something were to happen to them. All the kids in my school are also all my children. You are my child too. I love you all equally.”

I couldn’t say more, I looked at my hands.

“I’m very pleased about your courage,” she assured me. “It’s not easy to talk about such things to someone, but you broke those chains. I suspected something was going on at home, but I wanted you to come to me first, rather than to force you into telling me. I’m grateful for that. You are a very strong young woman.”

I shook my head in agreement, wiping the last drops of tears from my cheeks.

Surprised by the question, I looked up. “Yes, I need it to end,” I replied, “I want him out of my life, for good!”

“Good, I have a plan,” she said, taking my hands across her desk. “He will be gone for good.”

I smiled slightly at that, the first time I had smiled ever since I’d entered Ms Qambu’s office.

Tell us: What do you think of the relationship between Simthandile and Ms Qambu?