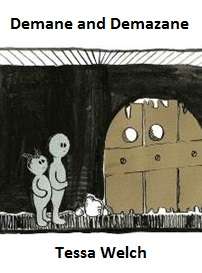 Once upon a time, there was a boy called Demane.
He had a twin sister called Demazana. When their mother and father died, they went to stay with their uncle.

But they were badly treated.
They were beaten with long sticks, and given thin porridge only once a day for food.

So they ran away.