The Piece of String 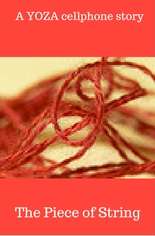 Maitre = in old-fashioned French this means Master, in more modern French it is
used for a host or hostess. Nobility or the land-owners in
France were and still are still referenced this way.
Example from the story: “Maitre (or mister) Hauchecorne, of Breaute, had
just arrived at Goderville and was making his way toward the square”

Buttonholed = Attract the attention of and detain
(someone) in conversation, typically against his or her will.
Example from the story: “He passed on, buttonholed
by every one (i.e. everyone was stopping
him to get his attention), himself buttonholing
his acquaintances (i.e. he was also
trying to get everyone’s attention), beginning over and over again his tale
and his protestations” (i.e. he told his
side of the story again and again).

Normans = The Normans (in French: Normands) were the people who
gave their name to Normandy,
a region in northern France.
They were descended from Norse
Viking conquerors of the
territory and the native population of Frankish and Gallo-Roman stock.

< previousintronext >
Login to Comment
4 Responses
the dictionary is much appreciated...
Dee...ecstatic · 7 years ago
Tnx for gvng us easily understandable meaning of words that were complex to us to understnd..
Star · 7 years ago
I'm being honest= i think this 'so called stry' is BS(bullshit). Its a load full of crap! SO SORRY.
Â»GUYÂ« · 8 years ago
Thnx 4 a dictnary;)
Ms+bedrum+eyes · 8 years ago
Go to Library