Wait on the Lord 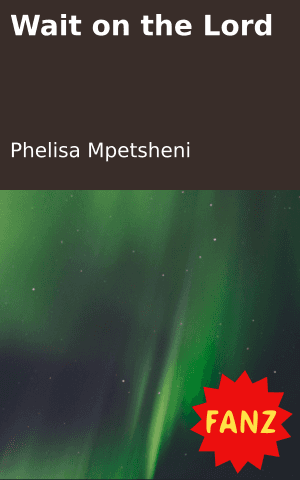 And then as the door was closing I saw Sean, the lady and the pastor’s wife going into the living room. I knew right then that Sean was not marrying me but the other woman. And before the Pastor could tell me the news I knew I had to be strong.

“How was the camp? Lee told me that you are Sean had everything under control,” he asked. My mind started racing. I wasn’t sure how much they had told him about us. If I spoke too much then he would see how I felt about Sean.

“Well the camp was wonderful as always, my kids always bring me joy. I believe you wanted us to talk about my wedding?” I couldn’t wait to be out of there.

“Yes I called Adam. He seems to be a good man and is very determined to marry you,” he said and looked away. Before he could talk again I took out the ring out and placed it on his desk.

“I didn’t tell him I wasn’t ready for marriage. So I’m sorry for putting you through all that. I like being single and it’s just not the right time,” I was sure about what I was doing. I could feel that Ms Independent feeling rising in me. I was doing the right thing.

“Are you sure about this? Adam really wants you in his life, and was even ready to come live here,” he sounded disappointed.

“I’m sorry for him. I guess in life you don’t always get what want,” I said and left.

I got home and started packing. I was going home to the rural areas. I needed a break from everything. When I told Milani that we were leaving early in the morning she was happy. She enjoyed staying with Sean she actually considered not going home that holiday season. Sean had promised her the greatest holiday ever if she stayed.

I looked up from my packing and there was Sean, looking at me.

“Where are you going?” he asked.

“Home,” I answered and continued with my packing.

“Why?” he asked now sitting at the edge of my bed.

“I don’t need a reason to visit my home,” I answered quite annoyed.

“I think you are running away. You think that I will choose to marry her and now you don’t want to be here when I make that decision as it is going to hurt you,”

“That’s nonsense. I’m only going home because I don’t want people saying I influenced your decision.”

“Whatever, there is no choosing between me and her. She has everything you want, and I don’t want to get married,”

“She can have all that but she is not you,”

“See that’s what I’m talking about, let’s say you decide to marry me, people will say I slept with you and trapped you into marry me,”

“Phelo, why care about what people say? God knows what happened while I was living with you, and that is – nothing. People will always talk. You are just afraid,”

We were now screaming at each other like married people in the movies.

“Of getting married. You’re so used to being ‘Miss Independent’ that you’re even blocking me away. That’s what you always do, remember?”

“Shut up, Sean. That’s enough. You don’t have to bring my past into this, I told those things I confidence.”

He just continued telling me about the camp and how good I was with those kids. We argued until we were both tired.

“I love you,” he said as he stood with me outside my bedroom door.

“I love you too,” I responded. We hugged and he kissed me on the forehead.

In the night I didn’t hear him when he came back. I was waiting up for him; I wanted to apologize before we left. Morning came and we left for the Eastern Cape.

Home was amazing, I was enjoying being around my grandfather. He was very old, in his nineties, but he still gave the best advice.

“Go find yourself. Know you first before getting a life time partner,” my grandfather when I told him this dilemma I was in.

Sean was busy posting the pictures we took at the camp on Facebook. Most of them had my face on them and he tagged me on all of them. People were commenting about a cute couple we were. I didn’t comment on any of them and I was avoiding his calls. I was planning to stay at home for the remainder of the holidays but I got a call from my boss.

So by Sunday morning I was back in Cape Town. I prepared for church and I was late but I got there before the message of the service. Sean was standing next to the Pastor up on the stage. Oh Lord, he about to announce who he was in courtship with, I thought to myself.

I went straight to the stage and stood by him. I looked at my friends and they were smiling. I knew their smiles meant they thought I was getting married to Sean. But I was there for a different reason.

“Good morning everyone,” I said into the mic. “Sorry I’m late. This whole week I was at home and I got a call from my boss asking to see me this morning,” I said getting into my testimony. “So I drove all the way and when I got there he told me that, the job I applied for was mine starting Monday. I’m going to London, all praise be to God!” I couldn’t turn to look at Sean. I couldn’t.

After the preaching of the word, Sean was called onto the stage, this time with her. The Pastor announced that they are in courtship. Sno looked at me, and I looked down. I don’t why I was feeling like this was the worst news ever but I had to make peace with the situation.

“Phelo,” Sean called me after church.

“Where is your car?” he asked abruptly.

“I’m driving you home,” he said, almost dragging me out of the church. We rushed to my car, I didn’t know what was happening but I gave him the keys.

“I don’t know what to feel, how to feel. Should I be feeling anything? I mean I’m getting married!” he said driving the car like we were is some kind of race.

“Sean, calm down, and slow down please, or you will kills us. Tell me what’s happening?” I said in my calmest voice possible.

“OK look, I want you to trust me. I don’t know where we are going but we will know when we get there.”

I just kept calm and did what he said. In my heart I wished that what he meant was what I wanted. For him to drive off into the sunset, for us to run away together and be happy somewhere. But this was reality, and not those fairy-tale movies I loved crying over.

I felt like laughing at him too. It was only a week ago when he was telling me I was afraid of getting married, but looking at him now – the wedding date had not been set and he already was feeling nervous.

“How was home? I tried to call you but you never picked up my calls,” he asked his voice sounding calm.

So I told him everything about home. By the time I finished we were in some town I didn’t know. He parked in front of a church and we went in. They were doing a talent show. Sean went to the lady registering the acts and booked us as ‘Mr and Mrs Memela’, his surname.

We were called to come on stage. He sang one of my favourite songs and we sang together. On the second song I let him sing alone and I did my praise dance. It all was magical.

We were so good that we even won. As we went to take the certificates he was holding my hand. Right there in the centre of the stage we shared another magical moment; our first kiss. It was deep and passionate and we both got lost in it. Everyone was clapping hands, they didn’t know that we were not really married, that it was just an act.

We went out and in the car the kiss continued.

Let’s chat: Who do you think Sean should marry? Why?

< previousintronext >
Login to Comment
16 Responses
Phelo.
Elenah Masombuka · 3 months ago
Phelo
Nicole Nicky · a year ago
Sean should marry Phelo because they find themselves happy when they are together.
Mazwembe · 2 years ago
They absolutely shouod get married
zubhanator+Mishy · 8 years ago
Ths story mks me...aaa a cnt tell:)
fff000*...*-)+(H)ff8080*...CRiTINA+(*) · 8 years ago
Load More
Go to Library