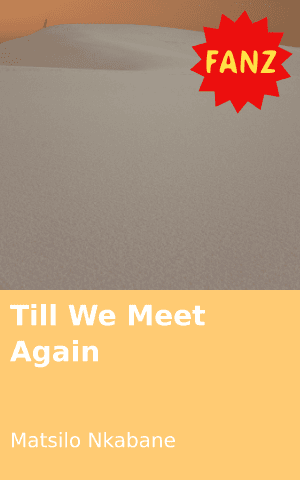 In the scorching sun, the rhythmic sound of his nearly warn-out boots was the only sound that disturbed the silence on the long, lonely and dusty road. His charred throat and protesting hunger-pangs made his undying thirst to worsen. Slowly, he could feel his strength ebbing from his muscles, his vision began to blur too. Eager to reach his destination, he began to increase his pace.

It had been 10 years since Thabo had left his hometown of Buyani, handcuffed by the police who had saved him from an angry mob that wanted to skin him alive. On that day he remembers vividly seeing his own mother among the crowd, crying helplessly for her son who was nearly killed by angry men and women wielding sticks and other kinds of weapons in the air.

On the other side of the crowd, two men carried an already burning tyre which was seemingly going to be laced around his neck. Watching from the back of a police van, Thabo saw a mass of people enveloped by anger and the desire to end his life. They were swearing and pointing fingers at him as the car moved along the road until he could no longer see the mob.

For the first time, Thabo slept in a prison cell. Feeling all alone and deserted, he sat in the dark thinking of the day’s events and how he nearly died in the hands of the mob. He felt as if the whole world had turned against him. On the very same month he was sentenced in court for 10 years for allegedly slaying and raping a 14-year-old girl who was found in a swamp of sewage 10 kilometres away from the village.

All this happened two weeks after the body of young girl was discovered. A rumour had surfaced that Thabo was the last person to be seen with the girl, who happened to be his niece. Soon, everyone began pointing fingers at him for murdering his own niece. Although Thabo tried to plead innocence of the barbaric act, the judge did not heed his plea. After, the sentencing, he could feel his sorrow drowning his hopes and his heart breaking into a thousand pieces. His journey of miseries had begun.

Now, 10 years later he found himself heading back to his hometown full of hope and renewed strength and the overwhelming desire to see his sister, whom he’d last seen when she was just 4 years old.

Tell us: How do you think Thabo will be received in his village?

< previousintronext >
Login to Comment
8 Responses
So he's looking foward to seeing his 14 year old sister, I guess she's going to be his next victim.
Redd88 · 4 months ago
Very badly I think nobody will trust him
Mlloydana · 7 months ago
As untrustworthy.
Omphile Devine · 2 years ago
His village won't accept him because of what he did if its true
Mthimkhulu · 3 years ago
Well his family will be happy and the villagers won't be happy about thabo being back
Angel520 · 3 years ago
Load More
Go to Library