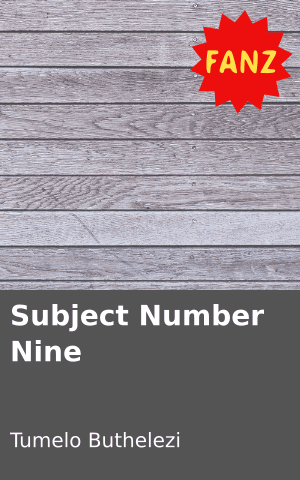 “No!” Tiro cries out. “You… heartless beast! How could you be so cruel?”

“I have the power to do far worse, sonny. However, because I am such a gracious god, I will make you a deal. If you agree to be one of my soul collectors taking the dead to the underworld, I’ll return your friend to the world of the living. She won’t remember any of this. The memory of you will be erased from her mind when she wakes up in her comfortable bed with no emotional baggage weighing heavily on her heart and soul. She’ll get the fresh start she rightfully deserves. Only if you sign a contract and agree to work for me for a couple of millenniums or so. What do you say?”

For fleeting seconds, the holy hall becomes as silent as a grave when no reply brings the room to life.

“Choose wisely, my boy. Make a selfless decision and fix the mess you made. Give her a new life. A chance to love again. Mend her broken heart.”

As Lefu was breathing out the atrocious ultimatum, he was suddenly startled by a crash. A gust of wind that blew in and forced Tiro to hit the deck. Nompilo stood at the entrance, with a stern look on her face.

“That’s enough, Lefu. You have gone too far.”

“Stay where you are, woman. Do not interfere with the Order of the universe. I had to take her.”

“No. You are wrong. The Order of the Universe keeps clear Predetermined Destiny Plans for every living being there is. In Dintle’s case, she was supposed to die today only if she was still romantically involved with Thulani. Therefore, I have sufficiently valid reason to object to your Obligation to terminate life. The first one being the fact that Thulani broke up with Dintle two years ago and has been single since. The second reason is right there, is Tiro Mokhele, a changed man. Sharing no superficial qualities with his former self.”

“Save your words for someone who cares, advocate. Even if you throw the book at me, it won’t change a thing.”

“I thought you might feel that way. Which is why I feel compelled to do this…” Nompilo stomps her barefoot on the ground and sends a sub-atomic type of shockwave that dissolves the first six rows of benches into wooden sand.

“Creating more room for me to wipe the floor with you, I see.” Lefu says in a patronising tone. He turns around to face the light coming in through the patterned windows of the church.

“You will regret challenging me to a fight, Nompilo. Because if I win, their souls are mine. Forever.”

Lefu then swiftly turns on his heel to throws a wave of air at Nompilo. She dodged the attack. It only manags to cut the side leaf of her well-tied doek as she rolls out of the way. Wasting no time, she then dashes forward and shoots two streams of air currents from her fists. The god of death sees this move coming and simply forms an impervious bubble around himself by the flick of his wrist.

The moment her attack is stopped, Lefu starts throwing needle thin shards of ice at Nompilo in rapid succession. Nompilo quickly ducks under them. She rolls to the side and grunts a little when she has to deflect some more shards with her hands. One cold spike grazes her cheek and she grimaces with pain.

Suddenly finding herself in a tight corner, she then swings her arms around and awakens a powerful surge from thin air. Her air attack rotates like a typhoon and catches Lefu by surprise, tossing him to a pillar. His back hits it with a sickening thud before he slides down to the floor. Lefu tries to catch his breath. His face is wet with sweat as he looks up at the battle worn Nompilo.

“Now, you listen to me. I want you to bring back that innocent girl and release the boy from the deal. Right now. Do you hear me?”

“Or… what?” Lefu asks wheezing.

“Believe me. I am dying to see what you’re capable of, given your currently conflicted sense of morality.”

“Never!” he says as he jumps up and holds his hands out. Making Nompilo’s arms stretch away from her body. She groans in pain as she feels the shadows of evil work to possess her. But then…

“Enough of this!” she yells out in a roar and stomps the ground again. The potent pulse from her feet creates a crater when she put a foot down in front of Lefu.

“I won’t ask you again,” she says panting, standing tall.

“Do your worst, my darling. I am not changing my mind. Death knows no mercy.” Lefu says with a demented look in his eyes.

The instant and intense look of concentration that was now on his face put Nompilo in a lot of physical pain as she was being slowly levitated backwards like a puppet on strings. The sickening sound of her crunching bone and twisting muscle kept making a terrible noise when she refused to let herself scream. Denying death the chance to measure her unbearable agony.

“You… you fool.” Her eyebrows are now raised up with surprising zeal. Inflating her chest with oxygen. Cocking both spellbound fists. “This… ends… now!”

The wind flaps her robes about. He eyes glows white before fading to a very furious look that could’ve killed the competition if this was a staring contest but it was the final blow that finally finishes him off. She hurles one last blast of strong winds that sends Lefu flying out of a window to crash land into the backyard.

Lying down on the ruined rose bed, Lefu is gasping for air. He is defeated in battle, but the war was far from over. Seeing it best to retreat and strategize, he tornado-spins away from the scene.

Tell us: Do you believe in fight of good and evil? In this day and age, who do you feel is winning?