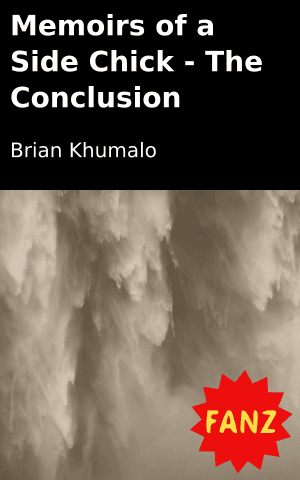 “How is umkhenyana, your husband, doing?” Her aunt shouted from the kitchen.

“He’s doing fine, just fine and how is baby cousin doing at work?” She quickly took the attention away from herself.

“I was actually speaking to her last night. She is finally getting used to talking to patients now. You will see her next weekend for the birthday, the hospital has given her some time off,” he aunt spoke so proudly of her daughter.

Suddenly her phone started vibrating in her jacket. She thought it was the office and was preparing herself to give Amber a nice tongue lash. Much to her surprise the phone call was from Nozipho.

“Nonhla, I am so sorry for only getting back to you now. It was Ralph’s birthday and he wanted to celebrate it in Mauritius. I only got all your WhatsApp messages now,” she said.

“Oe, I understand, did you have a good time with umkhulu, your granddad?” asked Portia.

Nozipho giggled. “You know we always have a good time together! But babe, I do not understand – he just nje wanted a divorce out of the blue?!”

Portia looked over to see if her aunt was still in the kitchen. She had sent Nozipho a few messages about her marital issues the previous night while indulging in some Merlot. She passed out and had completely forgotten about it up until now. After she saw that her aunt was not nearby she went back to the conversation.

“Friend, it is a long story. We drove home after church. I was doing some work in the lounge while he was cooking. We broke bread and for dessert he told me he wanted a divorce. He said he was tired of being my lap dog,” she whispered over the phone.

“Hhayibo – lap dog? Where did that come from? This is all too much and very strange! You guys did not seem to have any issues. The only time I know of was when you discovered his secret photo collection on his phone. That was also years ago, what has been happening?” Nozipho asked in complete astonishment.

Portia looked over the sofa to make sure her aunt was still not around and proceeded to talk to Nozipho.

“As I said it is a long story. All I can tell you for now is that he deleted all of the photos except for one – the one with the clown-like eyebrows. He said he is in love with her and no longer wanted to carry on living a lie,” she whispered some more.

“But Nonhla why did you not tell me all along? I know I do a lot of disappearing acts but why did you not talk to me? You know what, you can tell me everything in person. I am coming over tonight,” she said.

“I am home in Umlazi but I will be back at my house on Sunday afternoon. Can you come then?” Portia asked.

“Not a problem. I will just shuffle a few things around and I will be there. Take care babes and be strong. I am sure this is just temporary and he will come back to his senses in no time. See you on Sunday,” she said before hanging up.

Her aunt walked into the lounge just on time and put the bowl of warm dumplings on the table. She quickly disappeared into her room which was odd, since she was so talkative earlier on. Portia sat there and took in the rich aromas and her mouth started to water. All of a sudden she heard music in the background coming from her aunt’s room. A song that she had heard many times before as a teenager.

She remembered how she heard Kerry White blasting from her aunt’s room on certain days when she got back from school. In the beginning she could not comprehend her aunt’s liking for the song. Then she realised that her aunt only played it when she was having problems with her long-time boyfriend. At the tender age of 16 she became her aunt’s shoulder to cry on.

She stopped eating and placed the bowl back on the table and prepared herself to console her aunt as she has always done.

“Aunt Nomusa, it has been a while since you played that song. Please seat. Tell me what Mlenze has done this time around,” she asked and sat back attentively.

Her aunt sat on the sofa next to her and put her hand on hers. She smiled and looked at her warmly.

“It is not me that needs to talk. I heard you speaking to your friend. It is time that I returned the favour. Now tell aunty what is the problem. Why does Sipho want a divorce?” She said tenderly.

She did not respond but just sat there astounded.

Tell us what you think: What’s your heartbreak song?

< previousintronext >
Login to Comment
11 Responses
How could the one I gave my heart to break my heart so bad,,,whatever we had we had
Nthabishy · a month ago
Changes , You're the one ,risky ,when we are alone (Elaine ) Halo (Queen Bey ) Amandla akho(cici) Yesu ungumhlobo ( Joyful Celebrations and Esethu ) then to cheer me up WUP(cardi B & Megan thee stallion 😍💓) and paino Zlele(Zuma and .......) Ayaloya amaneighbor (Killer Kau&Zuma) umsebenzi wethu
AmandaBaduza · 6 months ago
Love in dark, All I ask, someone like you (Adele). You broke me first (Tate Mcrea) heart break anniversary (Givion) Can't let it show (Tank)
2447899 · 6 months ago
Tough question... But ngobekezela the gospel song. And Don't Cry by Zola7... They do a work of healing
ModiehiSeitshiro · 9 months ago
Stitches by Shawn Mendes Lose you to love me by Selena Gomez
Hers · 9 months ago
Load More
Go to Library