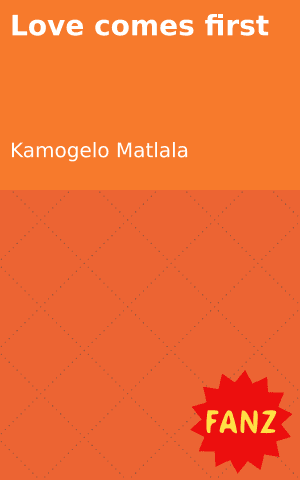 “Can you ever do anything right?” shouted my mother at the top of her voice. You could hear the frustration she was feeling.

“It was just one thing! Why must everything be perfect to you?” my dad fired back, equally frustrated.

“I’m not asking for perfection, Musa. I just need help. A little bit of help and support every once in a while; is that too much to ask for?”

“I do help! But every time I do, it’s never good enough for you. So why should I bother?”

“Forgive me for wanting the best for my family. I guess I was raised differently…”

“Oh yes, I was wondering when you’ll bring that up. I am not good enough for you; I never was and I never will be. Why don’t you just admit it, you agree with you parents? I’m useless and their precious daughter deserves only the perfect things in life!”

“Oh save it, Rebecca. Tell it to your golden father.”

And with that my dad slammed the door and walked out of the house, leaving my mother in tears. I watched him as he stormed out of the yard and up the street. He could only be going to one place, Hughley’s.

Ever since my father lost his job, things had gone from bad to worse in our house. He was a friend of the bottle and spent most of his time at the tavern down the road. He fought a lot with my mother; in fact, all I ever heard them do was fight.

My parents got together at a young age. My mother’s parents never approved of the relationship but somehow my parents stuck together. Before they had me they probably stayed together just to defy my mother’s dad; he disapproved most. But then again they must have loved each other deeply because they had Ayanda, my little sister.

My dad didn’t come from a well off family; unlike my mom, but he was a survivor. He could provide for his family and he managed quite well over the years. He never got a qualification in anything, but he had life experience in everything. He was a natural born hustler.

Maybe that was one of the reasons they never got married. “Women need security and stability in order for them to commit. Show a woman you’d do anything to protect her and provide for her, and she will love you forever.” Those were the words of my grandmother, giving a twelve year old me sound advice on how to be a husband. How I missed those strange talks with her, I thought as I squatted next to the front door.

After a while, I tip-toed and peeped through the kitchen window and watched my mother as she sobbed heartily in the kitchen. She sat at the table and buried her head in her arms, and cried her frustrations out. I hated seeing her like that. But there was very little I could do at nineteen. What did I know about love and relationships?

Early on in life I had vowed never to make a woman cry. The woman I would fall in love with would be the happiest, most loved woman on earth. But chances of me getting a wife were very slim; I didn’t even have a girlfriend.

I walked out of the yard with my earphones glued to my ears. I was going to go sit somewhere quiet and read some Shakespeare. It was the only way of keeping myself distracted from the fights and the tensions at home.

When I returned home it was just starting to get dark and I told my mother I was at the library studying. I asked where dad was and was informed he was still out. Clearly my parents hadn’t seen me earlier during their brawl because my mother said dad was at work when I knew exactly where he had gone.

We went to bed that night without him. It wasn’t unusual. But if we had known how the night would end we would have never let him out of our sights.

We were woken up by the loud sounds of siren. It was nothing unusual in the location but this time it was too close to our house. We got out of the house in our pyjamas, wrapped in blankets, to see what the commotion was about.

People were gathered down the street nearby Hughley’s gate. I heard from the murmurs of the people who were there before us that Mr. Hughley was dead. He was shot in his shebeen and died instantly. His body could be seen lying on the ground in a body bag. But somebody else was also injured.

One paramedic rushed passed me with an oxygen tank and went to crouch down to where the crowd was now gathered. We slowly made our way there and the closer we got the more the people tried to keep us from passing through. I should have known right there and then that something was definitely wrong.

Nothing could have prepared us for what we discovered. My dad was lying on the ground with the one paramedic holding the oxygen pump to him and the other putting pressure on his chest.

My dad had been shot. He was shot in the chest and was now bleeding to death. My mom collapsed to her knees next to him and started crying out his name.

My dad opened his eyes and looked at her. Then his eyes moved to me and then to my sister. He looked at my mom again and opened his mouth trying to speak but only blood came out. He turned to my sister and put his hand on her face and stroked it with the little strength he had left.

He closed his eyes and died. My mother and sister gave out tormenting shrills. I stood there shocked and dazed. What was I actually seeing? Could it be true? Was I having a nightmare?

Tell us what you think: Why do you think Musa was shot?