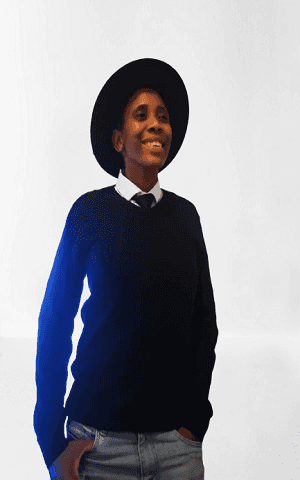 Zilungile Zimela lives in Cape Town where she works as the head of Marketing and PR for FunDza and writes in her free time.

Zilungile was born in Port St. Johns along the wild coast in the Eastern Cape – a lush, serene and far flung area; home to the AmaMpondo people. Born into a large family of laughter, song, story and deep cultural rooting she, from a young age, immersed herself into Ufundo no Ncwadi (Language and Literature).

“I was born into stories, quite literally, because my mother’s name translated means ‘she who tells stories..’

My home was always full of conversation and stories around the fire place, and my grandmother played the leading role in telling folk tales as she sat on her reed mat. We never had a television at home nor electricity in the village but life went on just fine, we never saw the need for a TV because there was never a dull moment.

I will never forget the day I put pen to paper one afternoon when I came back from school. When I got home my sister had not returned with the house key and I had to sit outside and wait for either her or my mother to return. While waiting I took out a pen and paper and just started writing to pass time, I remember getting lost and being enthralled in what I was writing so much that I didn’t notice time passing.

I continued the journey of telling stories through poetry. As I grew older and fonder of words, I fell in love with public speaking and writing speeches.

In 2014 I won national colours at the provincial English debate championship and was subsequently coaching the first tertiary institution team that competed in the isiXhosa debate category the same year… we won a nice collection of trophies in both divisions (isiXhosa and English), a first of its kind…

Later I was introduced to the Toastmasters International leadership and public speaking program where I found my passion ignited once again in the art of writing and rendering speeches.

At FunDza I have found a space that provides me poetic licence to write in a language of my choosing.

The future excites me, and this has not always been the case but I look forward to what lies ahead when ufundo noncwadi is concerned

Dearest EndimthandayoDid You Know? Africans are Natural-Born MathematiciansDid You Know? What happened at Blood RiverDid You Know? Why People Get TattoosDid You Know? You Can Make Money from WasteGive it a tryHow to apply for a NSFAS loan?How to clean sneakers using toothpasteI am a house on fireLockdown Best FriendsRelaxThe final curtain callThere are stories about…
Login to Comment
5 Responses
Very inspiring and motivating
Nana Mhlongo · 6 months ago
Very inspiring ❤❤
Evah Ngobeni · 10 months ago
You are an excellent writer. By reading reading Africans are natural born Mathematicians I was inspired to start writing blogs as well. What advice can you give me and how do I go about publishing with fundza?
Kaymee_dee · a year ago
Thank you so much Nashe... A onesi is an investment... I hope you buy it :)
Oyiz · 2 years ago
I read LOCKDOWN BEST FRIENDS and the way it was so amazing I felt that I need to go myself a onsie😍. You're truly a great poet
Nashe77 · 2 years ago
Go to Library