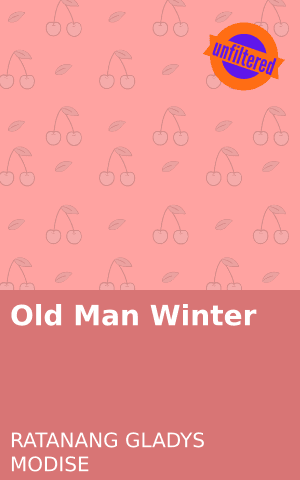 Months past since Moshoeshoe has spoken with his Daughter.Then one-day Moshoeshoe told Lisa that he has found a wife for himself and she has two daughters same age as her. Lisa was very happy. She thought that at least she’ll have someone to play with, little did she know that Phila and Phumla are very mean.

Then one day Moipone arrived in a chariot with her two daughters, Phila Phumla. The dressed in torn and Old clothes. Lisa was vey happy to see them, they were happy at first and so was their mother Moipone.

They lived very happily in their small cottage. Lisa shared everything with Phumla and Phila. She shared her bedroom and some of her clothes that no longer fit.

Moshoeshoe as usual would sit with his daughter, they would sing, laugh and chat together. Moipone bacame jealous of the kind of relationship Moshoeshoe has with his daughter. She startedtreating Lisa harshly whenever Moshoeshoe was not around. And Lisa never told her father as she thought her father would be angry and blame her for ruining his relationship between him and his wife.She endured this for a long time.

Then one winter day Moshoeshoe told his family that he is going on a two days trip. Moipone saw that as an opportunity to chase Lisa out of the house. As soon as Moshoeshoe left,Moipone waited outside to see if Moshoeshoe has gone. She looked at him until Moshoeshoe disappeared in the cold winter midst. She then went inside and told Lisa to leave the house and go to the forest to fetch firewood for her. Lisa went inside to get the jacket but Moipone told her that she won’t need it. Lisa seeing that her stepmother was very serious and harsh she just became a good and polite girl her parents raised her to be and left for the forest.

Meanwhile Moshoeshoe’s carriage broke down along the road not far from his house and so he rode a horse back home.

Back at home Moipone andher daughters were very happy as they thought that Lisa would die in the forest beacause of the cold, but they were wrong. While Lisa was busy wandering around the forest looking for firewood, an Old Man appeared.

Old man Winter, this was the man who was said to be the one who brought winter to every place he entered. Lisa had heared of the legends about him but still she didn’t know it was him.

The old man aksed Lisa to help him carry his firewood to his place. Lisa was polite and also cautious, she told him that her stepmother sent her for firewood but she will still help him.

Lisa helped the Old Man with his firewood. They walked for a very long time the Old Man asked Lisa to stop so that they could make fire as he saw that Lisa was cold. It was almost dark and Lisa’s father had already arrived home and waited for his daughter in the living room as Moipone told him that Lisa went to fetch firewood and she also insisted that she go alone.

The next morning when Lisa woke up in the forest the old man was still there making coffee and pancakes for Lisa. Lisa stood up to help him finish making the pancakes. When they were done the Old Man gave Lisa a warm coat and a chest full of all kinds of jewellery. Lisa told the man that he didn’t have to do all that and that the coat alone was enough. But the Old Man told Lisa that good manners,respect and being polite deserve a greater reward than what he gave her. Lisa realised and remembered that her mother once told her that refusing a gift from an adult is rude. She then thanked the man and carried her gifts and traced her way home.

< previousintronext >
Login to Comment
10 Responses
Stepmother's are cruel
Evah Ngobeni · a week ago
Stepmother are never been good and fair to their stepchildren
Mixo BALOYI · a week ago
Most stepmothers are evil hearted but I have one that is loving (my father is a polygamous man)
Feziwe Nzima · a week ago
There's no good stepmom on Earth I Don't know why, thanks to Me winter
Zanele Mathonsi · a week ago
That's kindbess
Gloria Mojela · a week ago
Load More
Go to Library