Deep into my Eyes 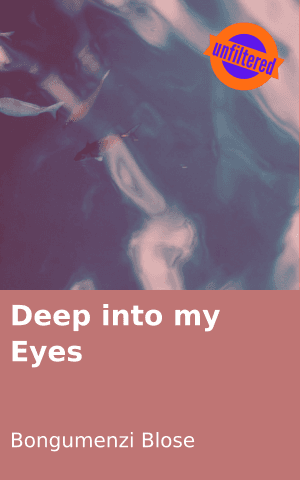 Alone with my thoughts came a house. It caught my eyes by surprise.
It was beautiful. The lights from the outside porch shined bright, the windows were clean and sparkling, and the yard was stainless. This house had the most beautiful flowers like sunflowers, lilies, Dandelions and all kinds. It was a rainbow nation in plane sight. It was decorated with the finest colours, the richest in texture and loudest, it was made for an artistic Echo.
You can see the owner took his time painting it with the finest mixture of pink and brown with face brick pillars, but it was just a simple 6 room, that is what made it so extra ordinary. You could swear the President himself was destined to reside in such quality- it was simple and yet elegant. The birds were chirping on the neatly cut tree leaves fencing the yard and the rich in green grass was cut straight to the T. The Air was blowing so effortlessly and from the looks of it there was just nothing but Peace within the home.
However, I took a few steps ahead and started questioning something. Where is the Owner? What is a “home” without people living in it? I could tell the inside lights were off and burnt out, it was dark. It simply had no life. As I got closer, I could see the Old woodened worn-out Wall Unit. It could barely stand long enough. Not even another Christmas. The tables were dusty and there were no signs of voices inside or pictures on the wall. The Silence was clearly loud. You could feel the dullness from a mile way, it was lonely, the ceiling had no one to protect nor could the rooms shelter anything anymore, just cold and had no substance.
The closer I got as I stepped into the porch, the less beautiful it was. You could smell the paint on the wall peeling. The grass was suddenly dry and leaves were falling off, the trees was already dead in all honestly. Some flowers were eaten by moths, the Windows had tiny cracks in each corner, the aluminium sliding door was hard to open as the handle was loose and the dust in between the door frame. It has been a long time since the door was opened. What surprises me is that you could not see all of this from a far. You could only see it closely; the house was so dark and empty inside that it affected the outside as well. You only see the ugliness of the outside once you see within it and at that moment, it struck me, that I was not looking at a house, I was looking at the mirror. 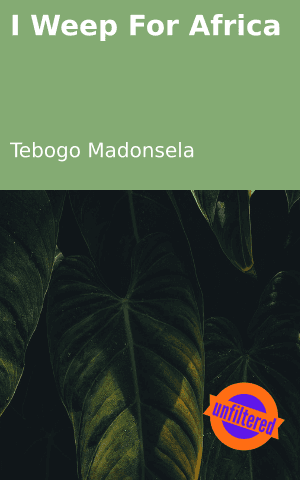 I Weep For Africa 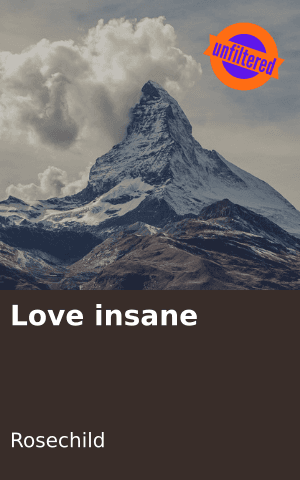 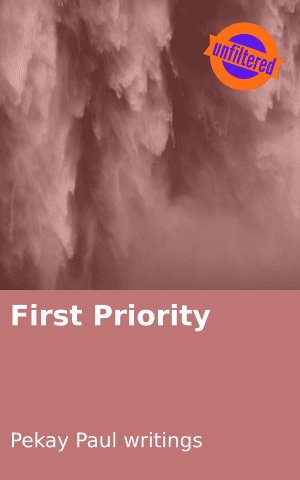 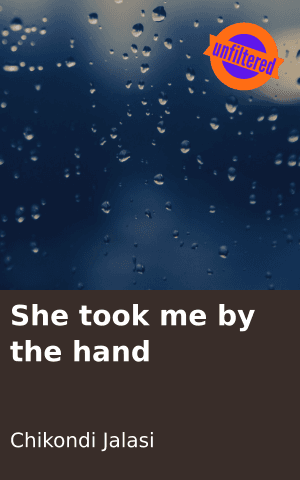 She took me by the hand 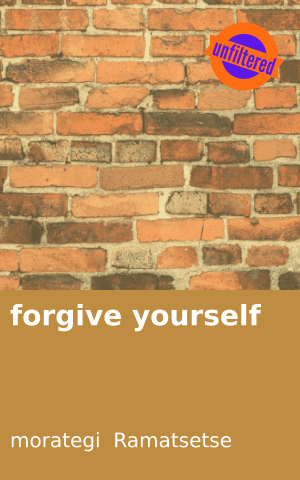