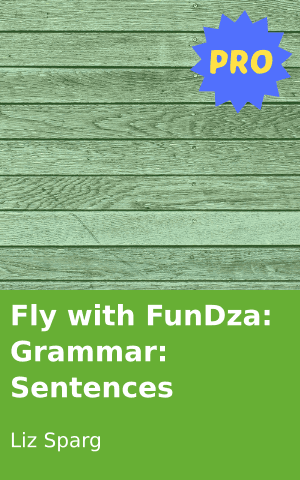 As you’ve learned, every sentence has a subject and a predicate. The subject does the action – to find the subject, first find the verb (the action), then ask who or what is doing the action. The predicate includes the verb and the rest of the sentence.

However sentences do not always follow this neat pattern of subject + predicate.

So remember – to unlock the subject and predicate, you need to find the main finite verb and then ask, who or what did this verb.

< previousintronext >
Login to Comment
6 Responses
Following
Syton c mphaka · 10 months ago
it gives a better understanding
Annitah clover · a year ago
I like the explaination and the example you have here so easy to follow.
Themba.mashobane@gmail.com · 2 years ago
I still follow i respect the you FunDza team you are the masters teachers
Themba.Mashobane@gmail.com · 2 years ago
I think "decided" is the verb in example (6),but you did not indicate it.
Abdullahi Abubakar · 3 years ago
Load More
Go to Library