Proud to be me 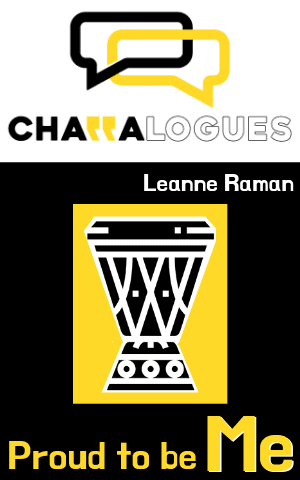 It’s a week later and S’bu is back at school in town. He is chatting to Pretty in the school quad.

PRETTY: Did you have a good holiday?

S’BU: It was OK. I went to my grandmother’s place. There’s not much to do there.

Jeff swaggers up to them, followed by some of his friends.

JEFF: What did you do on holiday, S’bu?

S’BU: (lying) She lives up in Northcroft. You know, by the beach. We went swimming and jet-skiing …

Jeff and his friends whistle in admiration. Pretty pulls S’bu aside.

PRETTY: Ngiyazi,S’bu. I know, you told me before that your gogo lives in a village. Don’t let Jeff and his cronies make you feel inferior, ngiyacela.

S’bu shrugs, and before he can say anything, a group of younger students come by, including Siyanda, who is short and skinny.

JEFF: Hey, look who it is! Siyanda the sissy.

One of the boys takes Siyanda’s bag and holds it out of his reach. The boys throw it to each other.

SIYANDA: (trying to jump to catch his bag) Please give me my bag back.

NKOSI: (runs up and shouts) Leave my friend alone!

S’BU: Nkosi! What are you doing here? Go away, this does not concern you.

NKOSI: (fearless)Siyanda is my friend and you can’t make me do anything, S’bu.

The boys whistle at the argument that has begun between the two brothers.

S’BU: (pulling Nkosi away) Sorry, guys, I need to speak to my brother. I’ll meet you later.

JEFF: Whatever. Let’s go, guys. Give the boy his bag back. We have better things to do.

Jeff and his friends walk away.

SIYANDA: Thank you so much, Nkosi. I’ll see you in class?

Siyanda walks off to class.

S’BU: Why were you challenging me in front of them, Nkosi?

NKOSI: (angry) Ungakwenza kanjani, S’bu? How could you do that?

S’BU: Speak in English, Nkosi. You know that’s how you gain respect over here.

NKOSI: I will speak in whatever language I choose. Uyangihlazisa, uyazi! You embarrass me – I thought you were different.

NKOSI: Qha, you’re the same as them! You know they were teasing Siyanda because he sings so well and they don’t want him to win the competition, kodwa you did nothing.

S’BU: What can I do? Even I’m afraid of them. That’s why I’m not entering the talent show even though I love to dance. If Jeff doesn’t win with his rapping, the entire school will pay for it. You know that.

NKOSI: (clicks his tongue) Umbhedo! All it takes is one person to stand up to him. I will be that person.

S’bu grabs his brother by the shoulders.

S’BU: No, you won’t. Behave, Nkosi. We can’t be going around causing trouble. We’ll be outcasts. We live here now. It’s OK if village people don’t like us. But here …

NKOSI: Angikhathali, I don’t care. If you don’t stand up for something, you’ll fall for anything. Gogo did not raise us like this, S’bu.

NKOSI: We’ve only been here for a few months now with uMama. Ungabavumeli ukuba akushintshe. Don’t let them change you. How can these people mean more to you than your friends back home in the village? You grew up with them!

NKOSI: Nothing good ever is. I need to go now.

Tell us: Do you think Nkosi is right? Would you want to stand up to Jeff too?