Thokozile Miya, a 24-year-old Journalism student at the Cape Peninsula University of Technology (CPUT) is making moves with GirlHYPE, a registered non-profit company (NPC) that aims to teach coding to high school girls from the townships.

GirlHYPE was found in 2004 by Baratang Miya, with her daughter Thokozile currently serving as the organisation’s Global Partnerships Manager, an amazing achievement for someone so young.

The company, that runs as an after-school programme for girls grades 6-12, has the objective of teaching and exposing young women to coding and other skills and opportunities in the IT sector.

Thokozile explains, “GirlHYPE aims to empower, educate and create opportunities for young women from the townships to enter into technology. Their aim is to see more young women in technology, computing and science careers.

“The company focuses primarily on young women from the township, particularly high school girls, because over the years, we have identified that this is the best age to make an intervention towards creating a pipeline of women in technology and computing.”

With the headquarters of GirlHYPE in Woodstock, Cape Town, the organisation has trained more than 10300 girls to date in the technological sectors.

“GirlHYPE has been in operation for about thirteen years and has helped young women and youth from a variety of different communities spanning across the country. This past year was all about expansion as we opened up offices in Bloemfontein, Johannesburg and Jan Kempdorp.

“We work predominantly in Cape Town as both Baratang and I are based here, but our other offices are still very well equipped to handle day-to-day operations of the organisation.”

An interview with Afternoon Express!

Thokozile was recently interviewed by Afternoon Express and had the opportunity to mingle with key players in the media industry, whilst simultaneously promoting the GirlHype name.

“My interview with Afternoon Express was one of the greatest moments of my life. To have been able to link up with and be interviewed by one of my favourite media players, Bonang Matheba, was honestly a dream come true. The interview gave me so much exposure as well, and as a result, I had people messaging me from across South Africa on my various social media platforms, wanting to find out more about GirlHYPE and the work we do.”

Thokozile also recently traveled to Silicon Valley in the US to link up with other tech-women, exchanging knowledge and building relationships between South African and US women in the science, engineering and programming sectors. She was also trained as a technovation master educator throughout the duration of her trip.

“Travelling to Silicon Valley has been my greatest dreams for as long as I can remember. I wanted to be a web developer growing up, that then changed to mobile, Silicon Valley being the perfect place for me to harness those skills.”

“Luckily for me, I had the opportunity to visit Silicon Valley twice in the past year already and I could not have dreamt for more from my trips. Aside from being an achievement, I was also really well trained there.

“From the two trips I have taken thus far, I feel better equipped to take on my life’s mission.”

“In the next five years, GirlHYPE hopes to be able to touch the lives of as many young women as possible for them to enter into technology and entrepreneurship.

“Our mission is to get young women trained in technology and also in entrepreneurial sectors and take on the industry.”

One of GirlHYPE’s many successes occurred when two apps designed by their members went through to the finals of the 2016 Technovation challenge, a global competition that receives about 2500 entries.

Anyone who wants to get involved with GirlHYPE can find them on Twitter at GirlHYPESA or on Facebook, at GirlHYPE.

A few words of inspiration from the young Miss Miya: “I firmly believe that change begins with you, so be the change you want to see in the world. Oh, and live a little!” 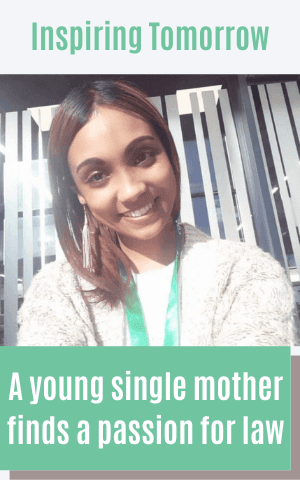