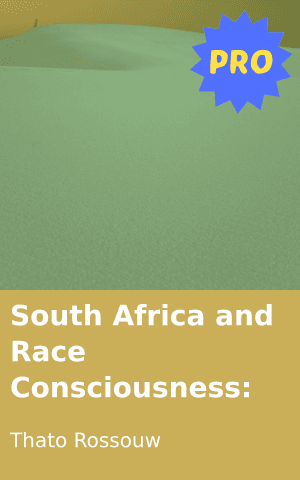 Early last year, while I was at a book fair in the North West province where I was giving a talk about the coming together of literature and the internet, a Kenyan blogger, who was also attending the same event, said something to me that hasn’t left me: he said that, in all the countries he had traveled to in the continent, South Africa was the most race conscious he has been in; that whenever he was in the country, he is always made aware of his race as a Black man because of how the society is set up.

At the time of discussion, I had never been outside of the country and so I couldn’t fully understand what he meant. True, our country was and still is “race conscious”, but, having never experienced anything other than that race consciousness he was talking about, I had always believed that every other African country was the same way. To me, the fact that we, as a continent, shared a common history of colonialism and the oppression of Black people by the West meant that our outlooks on life, especially when it came to race and race relations, were all the same. I had honestly never imagined it being any other way, and his statement meant I had to change all of that.

Early this year I had the pleasure of traveling to The Netherlands to give a talk about the work I had been doing the year before, to contribute to the decolonisation of literature in the country, and it was while I was there that I got to realise how “unique” South African race relations were in comparison to those of the rest of the world. While there, I realised just how much the conditions that shaped the history of our country helped to develop a particular race consciousness between South Africans. The trip made me realise that, as far as talking race goes, South Africans are in a league of their own.

One of the many things that shaped the way South Africans see and speak about race is the nature of the country’s colonial history itself. You see, unlike with many other former colonies throughout the continent, and the world, South Africa’s former colonisers not only colonised the country, they also settled in it. They stayed around after the colonisation and formed part of the country’s racial makeup – even though they separated themselves from the natives from the get go – and they continue to be around even now. These conditions, amongst many others, helped to create a racial atmosphere in the country where the colonisers were not just people who, once a while, visited the country to collect its resources and exploit it, but people who did all of those things while living only a taxi ride away from their colonial “subjects”.

All these are conditions that have developed over time, and continue to evolve as times change and conditions develop.

Speaking about race, in the South African context, means more than it does in many other countries: it means speaking about things that are as much physical as they are conceptual. For instance, while it has been made clear that there is a need to decolonise the curriculums taught in South African universities (which is a universal and conceptual issue), Black students in South African universities also have other things to worry about which are more local and physical in nature: like being in physical spaces that were not built to accommodate you, being taught by people who don’t look like you, and, for academics, having to take up a new culture of Whiteness, and rejecting (or forgetting, at least) your own culture of Blackness, in order to function in the institutions where you teach.

And while some of those examples may seem universal, they actually aren’t. Unlike with other former colonies around the world, the physical presence of colonisers in South Africa created new dimensions in the struggles that South African natives had to face in their efforts to define themselves. Instead of just dealing with the fact that the people doing harm to them stayed in faraway places, they had to live with their oppressors throughout their period of oppression.

But in the end, even though our racial consciousness as a country is “stronger” than others, this does not mean that our struggle with racism is more important or better than theirs. The struggle against racism is a universal one, and all the tools that can be used to defeat it are equally important. 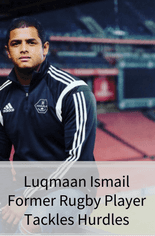 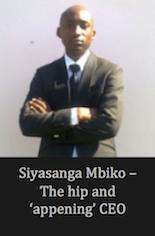 Murendeni Ramunenyiwa - Film Maker Gives Back to Limpopo
Login to Comment
One Response
I'm so inlove with the books I'm reading here....thank you for this library ....
khololuhle · 7 months ago
Go to Library