Growing up without your parents is no child’s play. Parents serve as a shield when life casts stones at you. Unfortunately, reality doesn’t allow everyone to grow up in the presence of their parents and Olivia Habonimana is one such child.

Olivia is eighteen now and lives in Cape Town. But she was born in Burundi and both her parents were murdered in the 1997 Burundi genocide.

“They basically passed away when I was probably a couple of months old. There’s no images whatsoever of them. I don’t know anything about them,” she opens up. She was then cared for by her grandmother.

The genocide was a result of ethnic conflict between the Tutsis and Hutus in that nation. The details of the massacre are still not well known, and Olivia hopes to enlighten herself better when she’s older: “I don’t really know much about the history and that’s something I want to go deep into when I’m a journalist.”

On-going political instability in Burundi forced her family to flee and seek refuge in many African countries. “I’ve lived in Congo, Malawi, Mozambique and came here afterwards, to Durban, at around five or six years old. We eventually stayed at a shelter here in Cape Town because we were refugees and didn’t know anyone here,” she says.

Two things that are not a foreign language to her are struggle and poverty; she knows them very well.

“We came from a really difficult background; sometimes you didn’t know where your next meal would come from. At about seven or eight years, I got very ill because of the conditions we were living in. I was at the verge of losing my life.”

As if the death of her parents was not painful enough, Olivia then lost the grandmother who looked after her.

“I then stayed with my aunt. She really struggled when we first came here. I learnt the hard way from a tender age. Things got really bad in Cape Town, and we lived with her friends.”

She came to South Africa as an infant foreign national and for many years ahead faced unwelcoming conditions. As she recalls: “The United Nations invited me to do motivational speaking on World Refugee Day. We were trying to deal with documents for refugees. I described how life was when we first came to SA and it wasn’t a pleasant one at all.”

“After moving in with friends we started progressing, slowly. We managed to find a place of our own and only then I could go to school,” Olivia recalls. She finished her matric in 2014 at Immaculata High School in Wynberg, Cape Town. But during her time at the school, she was pushed by a perceptive teacher into an exciting challenge that changed her life.

“My Grade 10 LO teacher approached me to do this Provincial Moot Court Competition. I couldn’t understand why she wanted me to do it. I wasn’t even that smart at that time. I was very playful but she obviously saw potential in me.”

Participants in the competition act as lawyers debating fictional court cases before professional judges and lawyers.

“I said I’d think about it but didn’t get back to her. I then told my aunt, and she said, ‘Do it for experience’. It wasn’t so much for winning, because I knew I didn’t stand a chance,” she says.

Eventually Olivia gave in and started preparing for the competition. “I didn’t know anything [much] about South Africa. For me it was, ‘Let me do it for the people around me because I don’t want to disappoint them. I’m in this, so I might as well go the extra mile to complete the job I’m supposed to do!’” she exclaims.

She reminisced on the pressure prior to the competition. “I still had to do my school work and we got, like, two hours sleep. My partner pushed me, she was an inspiration to me. I didn’t want to let her down after all the hard work she had put in.”

Stakes were very high and the pressure mounted higher.

“Before the night of the competition, we gave up. We were like, ‘I’m not gonna do this.’ I cried because we were not getting things right verbally. We were in high school and given a case of that magnitude was just beyond my knowledge.”

How wrong she was! Olivia and her teammate Danielle Dallas achieved first place in provincials, becoming the reigning Western Cape champions.

“They told us we needed to find our own way to the nationals. Fortunately, law firm Webber Wentzel funded our flights and accommodation and all.”

Eight other provinces awaited them in Gauteng for the National Moot Court Case, making up thirty teams – and thirty times the pressure.

“We had to know the Constitution – even things that were not related to us. We went against schools that had experience. Our one opponent fainted [because] it was really intimidating and frightening and Constitutional Court Judges couldn’t just be easily fooled,” she says.

Their team beat five provinces and came fourth in the country. “We then got invited to the International Moot Court Competition in Netherlands. We were [to be] the first pioneers to represent SA internationally.”

Olivia’s euphoria was cut short, her dream of flying abroad dashed. “Where the real struggle came for me was that I’m not South African. I still have refugee status. I really struggled to get my passport so I could represent SA internationally.”

Home Affairs turned her application down and soon her story was all over the media, something that sparked an outcry.

“DA MP Masizole Mnqasela heard about me on the news and approached the United Nations to [pressure] Home Affairs to give me my passport.”

The Times newspaper in November 2013 quoted her teacher Beverley McArthur: “She is so disappointed that she is ‘letting Danielle down’. I can’t sleep because I am constantly thinking about what to do to help her. She is not doing it for herself. She is an ambassador for our school, for the province, for the country.”

“Here I’m working so hard to represent SA internationally and I’m told I can’t apply for a passport. I was busy taking part in this competition and I’m not even South African but I don’t see it in that light,” says Olivia. “SA is my home and whatever law in SA is binding to me as well. I grew within the law. I could be born wherever but where you’re bred is where home is. I cannot teach my kids about the soil and roots of a place I don’t know.”

She finally obtained her passport just two days before her departure and they achieved a second in the competition. As a result of this, the UN asked her to participate in an African Union Children’s Rights and Welfare delegation to a conference in Ethiopia in 2014.

This year, 2015, Olivia has taken a gap year and she hopes to further her studies in 2016. “I always aspired to be a journalist. At school I was outspoken and very challenging. Interactive. I always brought turbulence whenever there was a debate,” she says.

Olivia may have been cruelly orphaned but the love and appreciation she received due to breaking into the ‘moot court’ world is sufficient to keep her succeeding.

Tell us: What are your thoughts about Olivia’s story? 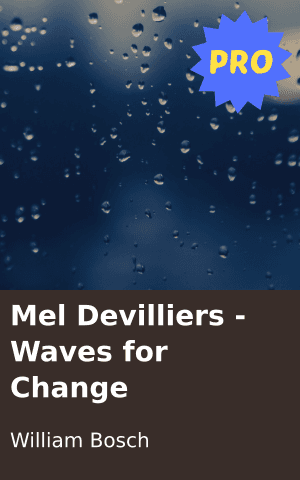 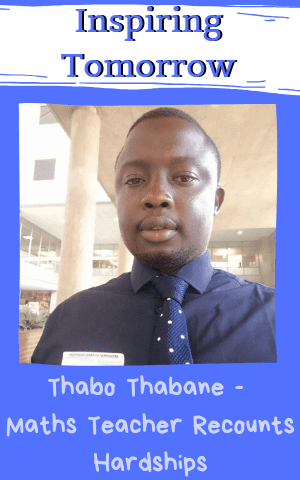 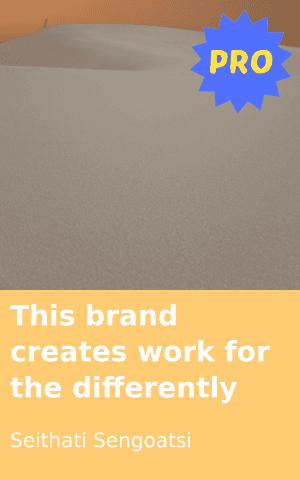 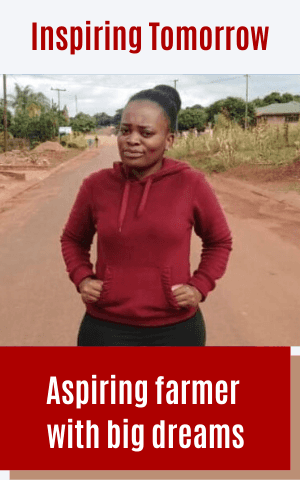 Aspiring farmer with big dreams
Login to Comment
35 Responses
Very touching story
Evah Ngobeni · 2 weeks ago
Very touching 😿😿
Charolette · a year ago
Touching indeed and very inspiring as she never saw her situation as a limit, but she shoot her shot to the end and thrived
Livie · 2 years ago
Very inspiring
Andile Mathabela · 2 years ago
sympathetic story
norris phiri · 3 years ago
Load More
Go to Library