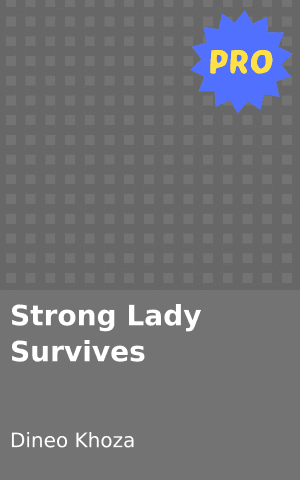 In the world there is a lot of pain that people go through and survival is the key to heal all the wounds.

I am a girl of many talents. I grew up without a father and was raised by my granny and my mother who was still in school when she was pregnant with me. I’m the only child and yes it wasn’t easy growing up but I did grow up.

When I was in still in primary school, my mother went all out so that I was raised without pain. My granny was a drinker but she raised a fine, young woman who is now a mother of one.

I grew up not caring who my father was and what he did for a living, funny but I had a step dad who loved me deeply. He was a sweet man a girl couldn’t ask for a better man to be a dad. I never lacked anything but hope.

In life we all have hope. Things got tough so my mom left him and I was hurt badly not knowing what happened.

I then started hating every male species, I called them with names. I thought that all they wanted was to hurt women and get away with it.

I thought, hey, if ha o gone go ba lwantsha, be them (if you can’t fight them, be them.). I became so into guy things, clothes and everything (some people say it’s called being a tomboy). Well it made things easier for me because I didn’t have to feel bad when I hurt people.

I was a very troubled child, full of hate and anger at a young age. All I cared for was protecting myself and my family. I used to be a bully, and a fighter (beat up anyone, at any age). That always got me in trouble. My mom saw that I wasn’t behaving like a normal child. Oh well, we never spoke about anything.

Thinking about it, my cousin said that having someone to talk to is great, but I had something different. I took one of my scrap books and made it a diary, and guess it helped sometimes.

But there were days in which I could just die because I hated myself. I hated being alive but my diary reminded me that in life we have to fight in order to survive. Survival was a big word for me – I couldn’t understand it.

I kept my diary in a safe place. I had two diaries and they had my secrets and my life in them; I took them as my friends. Talking about friends, I had a best friend and we loved each other like sisters and she had to leave because of father (a man again) and her mother were not an item anymore. Sadly it affected me as always, but I kept my head up and had to be strong.

I was then in Grade 6 and my aunt came to live me and my granny, she had a son who was still young but talkative. I remember hearing her say that I am a not needed, it really hurt me in a way. I stood up to her and my granny decided that the only way for me to be happy is to go and live with my mom and my stepdad. That I did, when I was in Grade 9.

I went to stay with mom. It wasn’t a joyful place to be because of the way my mom was living; always being beaten up by a drunk man, always crying because of a drunk man… Pain was all that my mom knew at that time, happiness was what she didn’t have.

I was always praying and wishing that my mom could find happiness – but nothing. I then started blaming God for not helping His children. I realized that in life people are sometimes blind when it comes to love. I hated men even more. I wished and wished I could just have a way to make them disappear on earth but it seemed like my wish was not granted.

I then made another diary, in which I wrote everything but then it was not in a safe place because my stepdad would read what I wrote and that made me even angrier.

I hated that man with all my heart but I couldn’t do anything. It was in December and I was in Grade 10. I was visiting at my granny’s place but there was no one, so I was home alone. A bad day and an even worse night. I was all alone and it was dark, I was forced on the floor by a group of guys who took away my life, they gang raped me but I kept my cool.

What happened made me hate men even more. I felt dirty and so angry like I could just die. But I remained calm and no one in my family noticed anything. I was all alone but my cousin was there but she only found out later because then, I was losing my mind.

When I told my cousin, she was crying and I was also in tears. She then visited my mom and her uncle and me. I treated her like a sister, and then something happened.

I was sick on that day. She came back from her classes and called my mom but instead came my stepdad. He came and did nothing that’s for sure, he then started drinking. On that day the electricity left late that night, my cousin then said I should sleep. I went outside with my cousin before I slept, she told me that the stepdad wanted to talk to her and she was scared, and she said that I should pretend like I’m asleep because that’s what the uncle wanted.

Well no problem; that I did. She then went and spoke to him (that was the plan) but she came in our room crying. I asked her what had happened and she said, “He… he was touching my body.”

I then wanted to just wake up and kill the man but she stopped me. She asked me not to tell. We then wrote what happened in our diaries, we hardly slept on that day, we cried all night. We kept it a secret from everyone. And then she left. I was left all alone again, and in pain.

I was doing Grade 12 and I was cleaning late. I went outside to fetch water but to only find weird guys in the house, they gang raped me.

I was so weak when they left and I felt like I could die. I planned my death week by week because I had no one to talk to. I thought no one would believe me because I acted all cool and strong but anger was then taking over.

I then finished my Matric and passed well but pain was still with me. I visited my cousin who was always there for me. We had good nights and worse nights. We thought that He Himself was punishing us. It was like hell was following every move we took. But I told her that everything happens for a reason and God will get us through every problem we face and we were fine again.

I came back home, hoping to find school but had no luck. And a friend said that I shouldn’t give up hope. I then came to live with my granny. A year passed and nothing was going right. I then had an opportunity to go to camp with friends. When I came back I had a crew.

Oh how I enjoyed being in a crew; it felt like I was with family. Things went well until I messed up, but no regrets. In life we make decisions and they stay with us forever. I then fell in love with a guy who had a crush on me since we were in Grade 8.

I then found a job. But I was mugged too many times so I then decided that I needed a ritual. But then that didn’t do me any good because I am still in pain and I hurt. I was so angry that I didn’t wanna go back to work. But I am strong. I overcome everything thrown at me.

I’m still dating the same person and I’m happy cause he makes me forget and makes me happy. I never thought that I would be happy with all of this going on. I have a motivator, a friend who helps and guide me through everything.

This is who I am and what I went through but it doesn’t make it right for me to be angry at the world. I am a survivor and nothing can change that.

My past is my past but my future will make me who I want to be. My advice is that you live your life like it’s the last thing to do, but never forget that your future is the key to your survival. 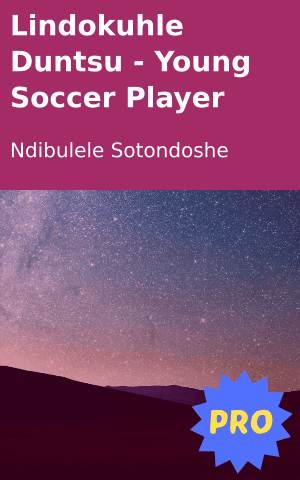 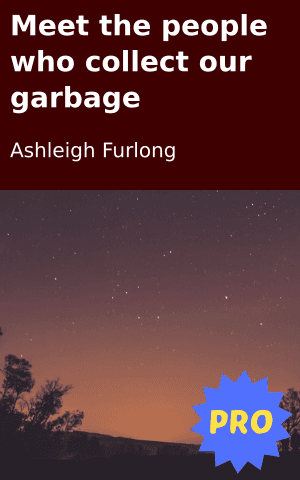 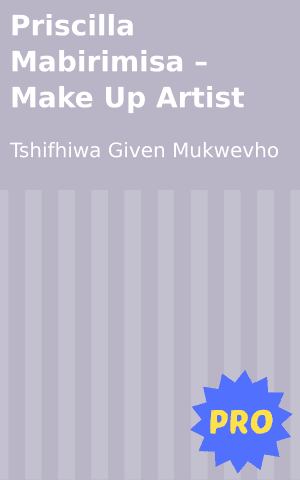