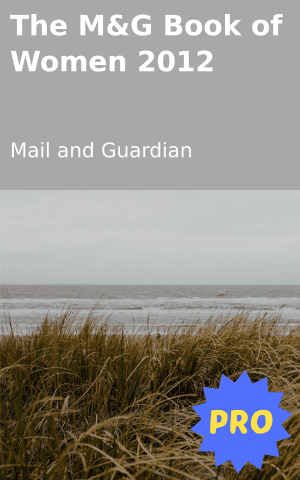 If pottery is “a slow dance between the Earth and the potter’s hand”, as a writer poetically suggested, then for Sarah Munyai it has been a lifelong performance. She learned the traditional art of making clay pots when she was 11. She is now 91 and although her 80-year dance with the Earth has become slower, gentler, it is by no means over.

A petite woman, whose age has shrunk her to the size of a large pot, she still does her daily dance at Mukondeni Pottery, a project she started in 1980 to sustain and empower women and preserve an ancient craft. She no longer makes the enormous pots for which she was once acclaimed — her daughter, Certina, has taken over the day-to-day running of the project — but she still creates her own range of smaller pots and as the wise elder of Mukondeni Pottery, continues to inspire and help other women.

Munyai lives in Mashamba, a rural village near Elim, in the Vhembe district of Limpopo, home to the VhaVemba people, who have a long artistic tradition and a strong sense of culture and identity despite being historically marginalised. Her people migrated south of the Limpopo, settling in an abundant area they called Venda, meaning pleasant place. Their ancestors established Mapungubwe, a great civilisation that flourished in South Africa between the 9th and 12th centuries.

Mashamba is a poor place, west of Louis Trichardt and set in the foothills of the Soutpansberg mountains, South Africa’s northern-most range. The road there is bumpy, dusty and donga-riddled. Goats and chickens wander across the road and curious children stare or wave as you pass. The village consists of a ramble of round thatched huts, some half-built modern buildings, with a church and a school set under an acacia tree. But there is still a strong sense of community here; if you asked anyone within a 100km radius of Mashamba where to find Sarah, they’d know.

It’s almost impossible to miss Mukondeni Pottery. The shed-like building is surrounded by hundreds, if not thousands, of clay pots. Small pots, big pots, long pots, round pots, tall pots. Enormous pots that evoke images of the Arabian Nights, plain pots awaiting colour and pattern, finished pots baking in the sun, their graphite designs gleaming silver. The humble building sits next to two thatched rondavels, a long-drop toilet, an outside shed for storing clay and equipment and an outdoor firing pit, the traditional African kiln.

Inside the main building women sit on the floor coiling pots by hand, their children sleeping or playing nearby. Two old gogos are teaching a toddler how to get up and down the steps. Outside there are women preparing the fire in which the pots will be baked as others sort out finished pots, which are displayed in batches on the bare ground.

There’s life and spirit at Mukondeni. It’s more than a place for women to meet and make and sell their pottery; it’s a network of sisterhood, a matriarchal hub that exists in the spirit of an ancient tradition.

For centuries the Venda women have made functional pots for eating, storing, serving, cooking, keeping beer. They have long decorated them with colours that occur naturally in the local earth and burnt local grasses to bake them. Their pottery tradition dates all the way back to Mapungubwe. “My mother taught me how to make pots when I was a girl, and her mother taught her before that,” says Munyai, translated by her daughter, Certina. “I taught Certina when she was a young girl. All our mothers and grandmothers and great-grandmothers made pots. My mother sold her pots for five cents. I remember how we used blankets to keep the clay wet before there was even plastic. For over 80 years I have made pots. I am still strong, however, not like my husband.”

She laughs and does a comical impersonation of a makgogolo, an old person, all bent over, walking with difficulty using a stick, much to the delight of the two gogos with the toddler. Munyai is dressed very simply, in a pink dress, with a traditional white kanga or cloth around her waist and socks and white takkies on her feet. She sports a Zion Christian Church badge on her pocket and around her neck is a cellphone with a sticker that says “happy”.

She never learned to read or write and, she says, has no riches to show for all the pots she has made and all the hours she has spent making them. But she has been able to provide for her family and that has made it all worthwhile.

“Yes, I am happy,” Munyai says, pointing to the cellphone sticker. You get the feeling that even though material success is practically nonexistent she derives her pleasure from sheer artistic fulfilment. “Pottery is in my heart,” she says. “It is in the heart of Mashamba village.”

Munyai and Certina show us around the cool, dark interior of Mukondeni, where women are at work preparing clay and making pots. There are no electric potters’ wheels here, no chemical glazes and no electric kilns.

“We still use the traditional method of making and baking our pots,” says Munyai. “You need knowledge and patience. You need to know where to get the clay and how to prepare it. The clay comes, as it always has, from the nearby Tshipise River. It’s left for a few days, dampened. Then we begin the process of shaping the pots. We slowly build up the pots in coils and leave them to dry in stages.”

Once the pots are made they are stained with luvhundi (red ochre soil) and graphite and left to dry for a few more weeks. They are then fired in an open fire consisting of layers of grass and wood. “It can take up to a month for a big pot to be made,” says Sarah, gesturing to a half-finished giant pot. “Each one is a journey.”

Some people have tried to get Mukondeni to use an electric kiln to fire the pots but Munyai still believes that the traditional method is better. Besides, electricity supply is a problem out here in Mashamba.

We go outside again, to see the gallery or showcase, where an astonishing array of pots is simply displayed on the ground in batches, according to who made them. Munyai shows us those she has made recently — there must 30 or 40 beautiful small, round pots, many of which have a simple fish design, a popular Venda symbol. She drops with ease on to bended knees to pick one up. Her hands are still strong and supple and she is amazingly agile for her age.

It’s quite wondrous to imagine how many pots Sarah must have made in her lifetime: for 80-odd years, five days a week. Even more so to think that she pioneered Mukondeni Pottery, became a major potter in her own right and had nine children. “Six are still alive,” she says philosophically. At 91, you see, these things happen.

Although there was an extended family network in Mashamba to assist with looking after children, it was the need to provide for her own and to help other women to provide for theirs that kickstarted the pottery.

Munyai came up with the idea of getting women together collectively to promote traditional pottery to tourists and businesses. She started in 1980 with just five women. Today Mukondeni sustains some 50 women and their families in the village.

Her gregarious personality and her talent made her the friendly face of Mukondeni Pottery for many years. She visited many places in South Africa, she says proudly, including Johannesburg and Durban, where she went to Indaba, the showcase of the South African travel industry, and she has travelled extensively within Limpopo province: to Giyani and Louis Trichardt, to Tzaneen, Phalaborwa, Waterval, Nokowankowa, and more. Many people living in these areas still use traditional Venda pots in their daily lives, she says.

Another driving force over the years has been her desire to preserve the matriarchal tradition of Venda pottery, which has been handed down from generation to generation, mother to daughter. Girl children and elderly women can play an important role here, she says, in carrying on the culture.

The pottery spirit must course particularly strongly in Munyai blood. Certina is a master potter, currently working on several enormous pots that are practically the same height as she is. These creations are carefully packed and moved all around South Africa and the world, says Certina; they go to Cape Town, to Germany, to the United States. Like her mother, Certina is passionate about pottery, but is concerned that the world recession is slowing down tourism, which is also slowing down sales. That effect is felt here in Mashamba, where there are fewer visitors these days. Some days there are no sales at all.

Munyai’s late daughter, Lilian, was also a renowned potter, whose individual works were widely collected in both the private and corporate sectors. “Her pots extend into gigantic feats of earth, shaped in human hands, colossal vessels and flower pots,” a critic once wrote of Lilian’s work. “The designs in graphite move organically on the surface, sometimes shining, other times swallowing itself, as is the nature of the mineral.”

Munyai’s own slow dance with the Earth will surely also be remembered in such graceful terms. Her contribution to Venda art is already firmly located in a proud tradition in which women are gaining recognition. But out here in Mashamba, in the baking sun, where there are no newspapers or books, no running water and the electricity supply is erratic, the lifetime work of Sarah Munyai seems extrodinarily poignant. She has combined creativity and resourcefulness and she has given her whole life to it. An unsung heroine, indeed.