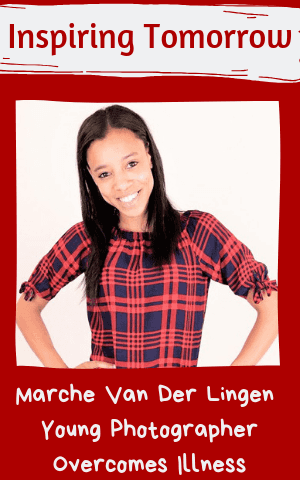 Marche Van Der Lingen, now 23 years old, was a healthy girl up until 2016 when she started to complain to her parents that she was always tired and couldn’t do things that she wanted to do. Marche couldn’t do simple things like running, or even walking a distance, because she’d get tired easily. This was the beginning of a difficult period in Marche’s life.

Before Marche fell ill in 2016, she lived with her grandparents for ten years. When she was older she moved back in with her parents. She grew up in Grassy Park and attended schools in the area.

“I first started getting ill in 2016, up until then I never knew it was my heart.”

After continuous episodes of getting ill, Marche was admitted to Groote Schuur hospital. She had to stay for several weeks and was finally able to go home. However, she had to return to the hospital soon again as she was suffering from severe symptoms.

“I had a 3cm hole in my heart and my heart beats were irregular. I had to stay in hospital where they had to do tests and had to monitor me for a few days.”

Marche’s condition was so serious that a specialist had to fly to Cape Town to operate on her. The operation lasted a gruelling three hours, but Marche’s heart was finally repaired. She had to rely on medication for some time after the operation, but was taken off when her health started improving.

“I felt so much better and I was really blessed to have had this operation. I still have to go into the hospital for my check-ups every year in June. It wasn’t easy dealing with this but I still have a whole life and future ahead of me.”

That future is certainly bright with her budding photography career. Marche’s interest in photography really helped her to overcome her anxiety and fear while fighting for her life.

“It always kept me going and made my days positive when I got to take a picture of something.”

She loved walking around and taking shots. It helped her forget about how she was feeling physically. She would get so immersed in taking photos in those moments that she forgot about her sickness.

Marche doesn’t have to follow a restricted diet and she also doesn’t use any more medication, which is a huge relief for her.

“I can eat whatever I want, but can’t smoke or drink coffee. And I’m anaemic too.” She believes that this a small price to pay for having survived her heart condition.

Due to her illness, Marche missed out on schooling and thus lagged behind. She unfortunately was not able to finish her matric year, but has rewritten two subjects and is waiting on her results.

In the meantime, she has taken on photography, which her dad introduced to her when she was much younger. She has always been in love with the art of photography, but only really delved into the profession in 2016. Marche even took a few photography courses to really grow and learn more.

“The people and the nature, that’s what inspired me to go into photography. It’s what I love doing and I learn so much every day, it was something new. I always love capturing the moments.”

In the next five years Marche would like to own a successful photography business as well as a fashion line.

“I’d like to help other photographers in furthering their careers when, one day, I have opened a photography studio.”

Marche would like to give advice to others who live with illnesses.

“They should never give up and always know that it’s not the end of the road for them. It is hard at first but most people do get through it no matter how hard it is for them.”

Tell us: How does Marche’s story make you feel? 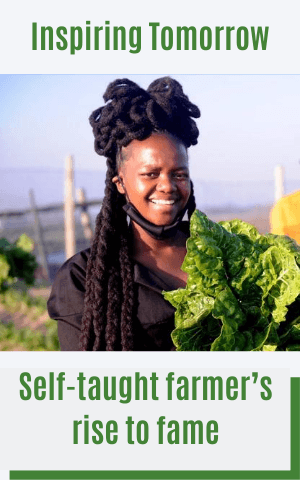 Leletu Ntanjana - Captured By the Rope
Login to Comment
8 Responses
Inspired because she didn't give up on life and her dreams when she was ill
Leerahmellow · 4 months ago
Makes me feel inspired and motivated
Dephney25 · 9 months ago
More motivations
Confiedence · a year ago
I am motivated to go conquer the world.
SphokaziMphaphu · 2 years ago
You can overcome whatever obstacle that you encounter in your life
lekgowa · 2 years ago
Load More
Go to Library