“People don’t believe me when I tell them my age, because I started my company when I was very young. I realised early on that the world of today challenges one to get up and do things for oneself.”

She had the same problem every weekend; organisers would book her and other musicians and not pay them, or make false advertisements, including using their names just to entice more attendees to their shows.

“Some promoters are heartless, selfish and inconsiderate. So, I felt I was the only one who could assist my friends, and other upcoming artists, who had fallen victim to promoters who abused them. I wanted all these artists to actually live their dream and make something out of their talent.”

In 2012 ‘Rita Dee’ registered a marketing and promotions company, with the vision of putting local artists on the African map. Rita Dee Entertainment has so far managed heavyweights in the hip-hop genre, some of whom went on to wins several music awards, such as Racha Kill, T-Man Gavin, Ramzee, Nico Demic, P-Postman, and Lil-Gee.

“Every time an artist passes away, it’s like a blanket of poverty is stretched out in front of the public for all people to see how poor that artist was. In many cases, promoters tend to rip off our artists and I want to bring that to an end. What use is it to be an artist but not to be able to afford a house and car of your own – shelter and security are two intertwined properties that form the core part of one’s life.”

Rita Dee fell in love with music as a teenager and started following singers and musicians to their shows.

“It all started with the passion for music inspired by my lifestyle. I was always hanging out with most of my friends who are musicians. Every weekend, we attended different events, so I used to tag along and that helped me gain more first-hand insight into the industry.”

Rita Dee is one woman who formalised the successful talent of multi-award winning singer, Makhadzi, as she worked with her on her fourth album, Muhwalo uya Nndemela. This album went viral in a week.

“I stuck on Makhadzi’s neck with the motivation that she should not let music sway her out of the way: I told her to focus on school, while we also handled her musical talent on the other hand.”

As a young girl, Rita Dee was always the standout child in her family – always made a lot of noise and played like a boy.

“I studied fashion design with Vhembe FET College, but I felt that it was not my industry, so I switched to music. I can sing too, as much as I push the music of other vibrant artists.”

Rita Dee had a stint as a columnist with the now-defunct Makoya youth magazine, where she wrote gossip. She was not that popular with some people because of the job tag of a gossip journalist.

“But others loved me for giving Venrap a twist; as you know, there is no such thing as bad publicity – it’s better than no publicity at all, as long as every fact written is nothing but the truth. That column created a lot of hype in the Venrap industry. I even had it on Radio Univen FM’s Breakfast Show on weekends, and it was all that rappers would sing about.”

When asked to describe herself, she said: “I am entertainment. Music will never die; it can only lose value and we are the ones to keep it up, relevant and qualitative.”

Tell us: How does Pearl’s story motivate you to go after your own dreams? 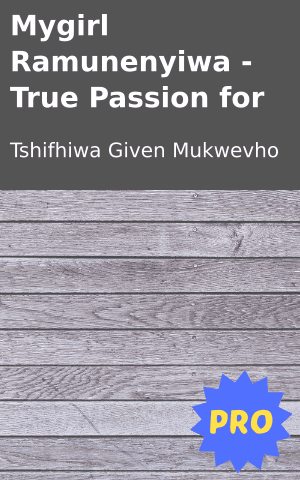 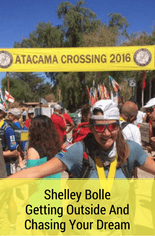 Decolonisation: Finding Out the True History of Africa
Login to Comment
5 Responses
Reta dee I am a beat maker Combela thuso yanu
Tivhi · 2 months ago
soldier on
trooper · 6 months ago
Never ever give up on your dreams and also on your self always be motivated about how you will havest what you have sow, never ever allow an opposing goal to come and destroy all your plans in a minute
Papatlami · 2 years ago
It helps me to follow my dreams
Ayavuya · 2 years ago
Determined and perseverance. I like that, Don't give up on your dreams
Chichi83 · 2 years ago
Go to Library